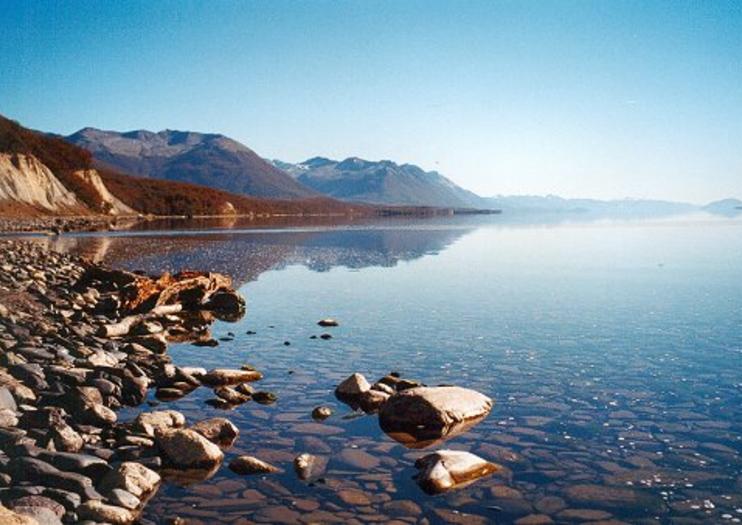 The Fuegian Andes, which cross the entire Tierra Del Fuego Archipelago, are the southernmost chain of the Andes Mountains. Although quite small compared to other areas of South America’s mountain chain, its tallest peaks still look quite formidable because they rise straight out of the ocean to heights just over 2,500 meters.
Lago Escondido and Lago Fagnano are two popular summer destinations in the region, especially for keen sport fishermen as both lakes support tremendous populations of Rainbow and brown trout. Endless hiking trails and several backcountry refugios make exploring much of the mountain range closer to Ushuaia possible throughout the summer months. Wildlife is quite limited, but there is an abundance of rabbits, guanacos, condors and non-native Canadian beavers throughout the mountains. Mountain lions – known locally as pumas – are rarely seen.
Because of their southern latitude, the Fuegian Andes have long cold winters comparable to other regions in South America. Cerro Castor holds the title as the world’s most southern ski field. Cross-country skiing and snowshoeing are also popular near the lakes.

Ushuaia, Argentina, is the largest city in Tierra Del Fuego and the natural starting point to explore the Fuegian Andes. The hiking and climbing season lasts from December to March, while the ski season begins in late June and continues until September.
Address: Argentina
Read MoreShow Less

Things to do near Ushuaia