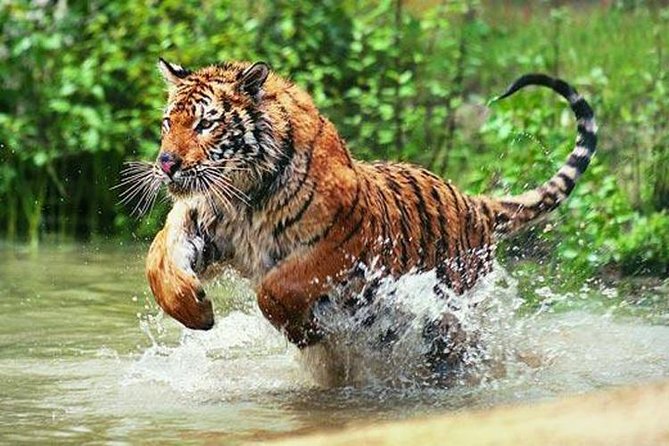 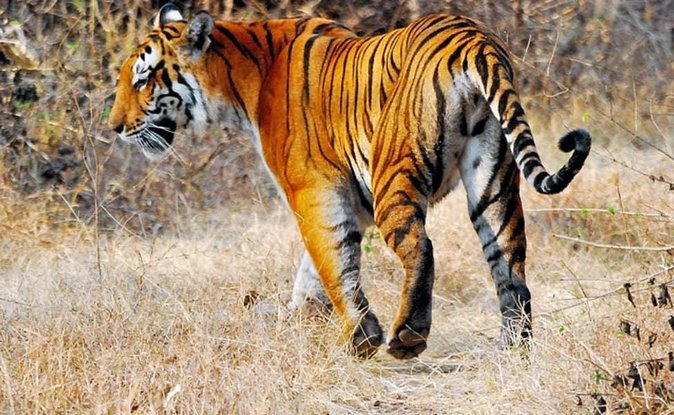 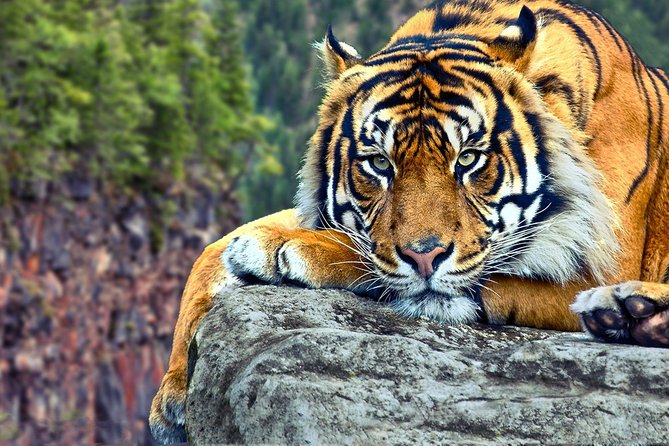 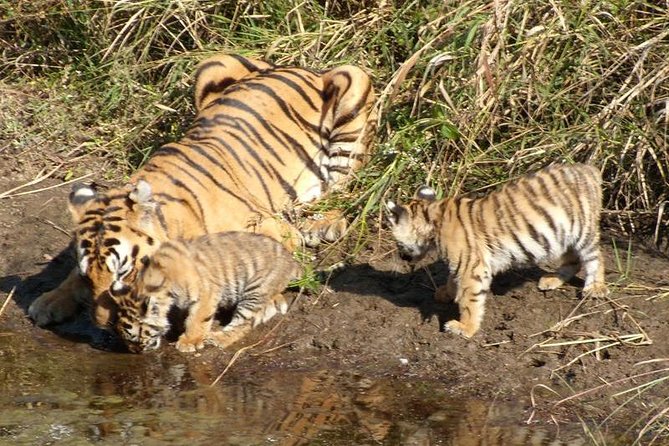 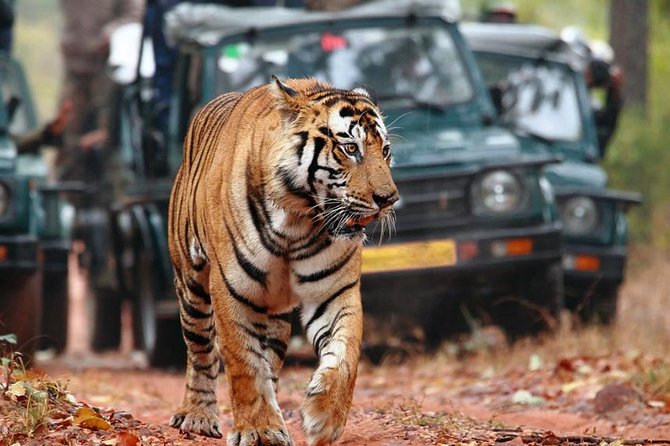 In the heart of Rajasthan, Ranthambore National Park is arguably India's most important tiger reserve and has long been a popular place for photography buffs and nature enthusiasts to take a chance at spotting tigers in the wild. With this three-day, two-night tour, you'll get the chance to go on three safaris, increasing your chances of seeing not only Bengal tigers, but all sorts of other native mammals and avian species.
Saved to wishlist!

Traveler pickup is offered
Delhi Airport, Your Hotel in New Delhi Or Gurugram

All sales are final and incur 100% cancellation penalties. Learn more about cancellations.

The answers provided below are based on answers previously given by the tour provider to customers’ questions.
Q:
What is the maximum group size during 3-Day Ranthambore Wildlife Safari Tour from Delhi?
A:
This activity will have a maximum of 10 travelers.

5,0
9 Reviews
5 stars
7
4 stars
2
3 stars
0
2 stars
0
1 star
0
Reviews by Viator travelers
Showing 1-2 of 9 reviews
Overall Wonderful - One setback
malkyle
, Feb 2020
I would have given a rating of 5 stars as the hotel and the safaris were amazing. Got to see so many animals including a Bengal Tiger with 3 cubs. I would highly recommend the hotel (Ranthambore Heritage Haveli) and safari!! The only set back was shortly after being picked up by the driver at 6 am he stopped for gas and asked me for money for the gas. First of all who doesn't show up with a full tank of gas for a full day of driving, secondly I already paid for gas, driver, tolls etc. I finally got my money back on the return trip to Dehli but only after demanding it. I would also like to add that as travelling as a solo female this made me very uncomfortable and unsafe.
... MoreLess
HelpfulHelpful
Great tour and fun safari
kathrynwarb
, Jul 2019
The tour was brilliant. Our driver from Delhi was very friendly and very accommodating of anything we needed. Jeep safari was great fun but bring a raincoat if going in monsoon time as got soaked!
... MoreLess
HelpfulHelpful
Reserve Now & Pay Later
We'll reserve your spot today, and you can cancel up to two days* before your experience without making a payment. Secure your spot with ease, stay flexible, and never miss out.
How it works
Find your experience
Choose the experience you want knowing you can secure your spot without being locked in.
Make a reservation
Reserve now and pay later to secure your spot, commitment-free.
Choose when to pay
Come back to pay once your plans are set, or let auto-pay kick in two days* before your experience.
Enjoy your experience
Now you're all set! Have a great time.
Frequently Asked Questions  | Terms & Conditions
*Up to 9 days depending on the booking/product
Reserve Now & Pay Later
Secure your must-do activities without being locked in
Learn More

If everything checks out, we'll refund you the difference between the two prices.
Refund Terms & Conditions
0/0
Read MoreRead Less

This review is an automatic translation
0
0/0
Close