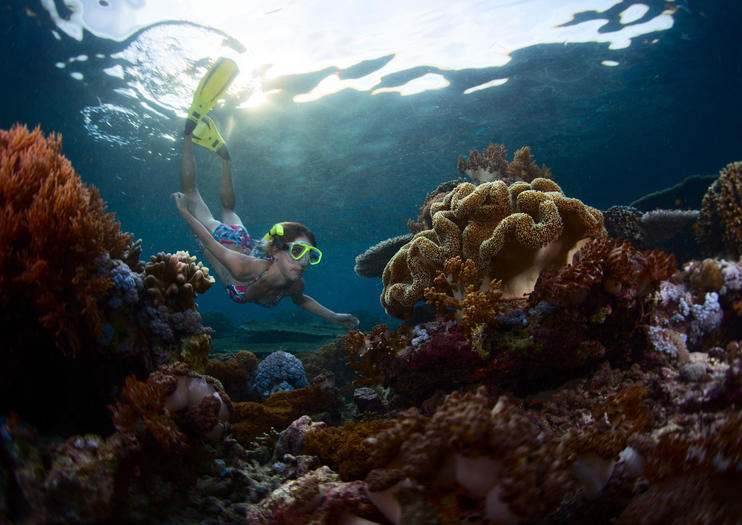 Occupying a swath of Bali’s northwestern corner, West Bali National Park (Bali Barat National Park) is Bali’s last true wilderness. Highlights include the reefs around Menjangan Island,  mangrove and tropical savanna landscapes, and wildlife the likes of monkeys, deer, macaques, and the white Bali starling—the preservation of which was a main reason the park was created in 1941.
The Basics
Independent guests to West Bali National Park must pay national park fees and use its chartered guide service. Boat trips are through the park’s fixed-rate charter service. As the park is far from popular tourist destinations, many visit with a tour or with a prearranged private driver/guide. The park is near Gilimanuk, where ferries leave for Java, so some tours stop between Ijen Crater (Kawah Ijen) and other East Java attractions.
Things to Know Before You Go
How to Get There
West Bali National Park is hard to reach by public transport. Pemuteran Shuttle runs a shuttle service from Ubud, Kuta, and Sanur to the resort town of Pemuteran, around 15 miles (25 kilometers) away. Public buses run from Denpasar’s Ubung terminal to the port of Gilimanuk, around 6 miles (10 kilometers) away. If you speak some Indonesian, you can pick up a “bemo” minibus from Gilimanuk or Pemuteran.
When to Get There
The dry season (roughly May to October) is the best time to watch wildlife in the park, both from a comfort perspective and because the grounds are less overgrown with greenery, but the park is worth visiting year-round. If you’re staying in Pemuteran or the resorts on the fringes of the park, aim to start wildlife watching around 6am when the animals are most active.
Big Cats of Bali National Park
The West Bali National Park was once home to the Bali tiger—but the last sighting was more than 80 years ago, and that one was shot. There is no leopard population, but there are leopard cats. Despite their leopard-like patterns, they are not much larger than a standard domestic cat.
Dirección: Jalan Raya Denpasar-Gilimanuk 82253, Indonesia
Seguir leyendoMostrar menos