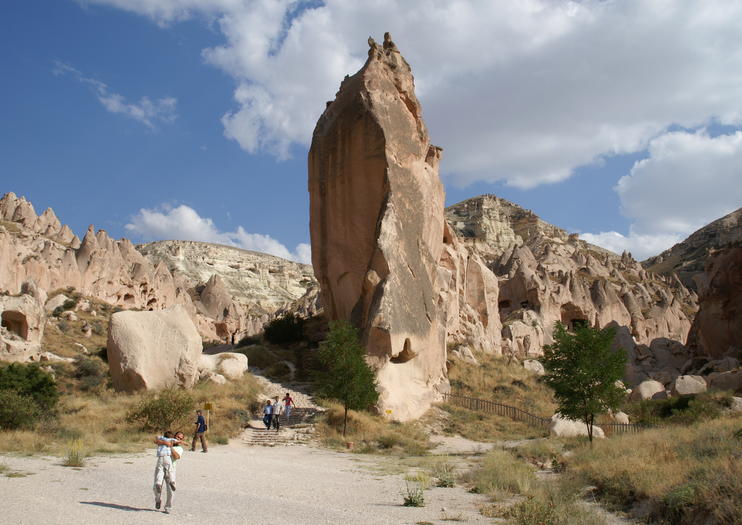 The Zelve Open-­Air Museum sits on site of the remains of a Byzantine monastery that was carved into the rock face in ancient times. Zelve was a monastic retreat from the 9th to the 13th century, and in fact the area was inhabited right up until 1952. 15 years after locals abandoned the site, Zelve was turned into the open-­air museum that can be seen and explored today.
The site features various remnants of local life, including houses, a tunnel joining two of the valleys, a mill, and a small mosque. Beyond the mill, the Balıklı Kilise (Fish Church) can be found, while the impressive Üzümlü Kilise (Grape Church) adjoins it.
The three valleys of Zelve are a great spot for trekking around and exploring in peace, as it isn’t as popular with tourists as the Göreme Open­-Air Museum nearby. The site also has a good walking trail looping around the valleys, giving access to various caves and chambers and featuring dramatic crags and pinnacles along the way.
Dirección: Merkez, Nevşehir, Cappadocia, Turkey, Turquía
Seguir leyendoMostrar menos