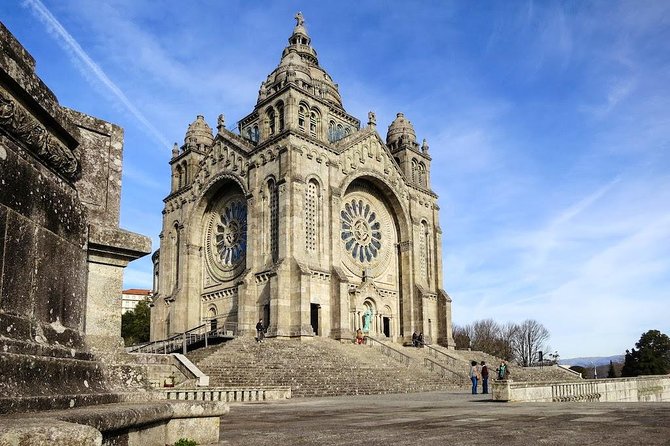 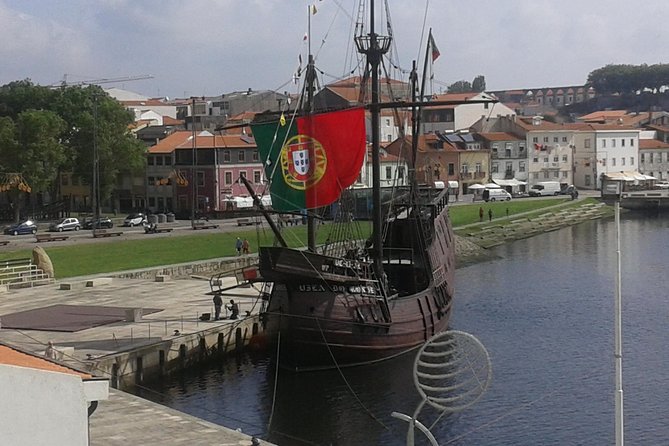 We went on a tour of Barcelos...

We went on a tour of Barcelos, Braga, and Guimaraes with José and his companion Evangeline ? and it was a great day. They picked us up right outside our place in central Porto in the morning, and then we headed to the street market in Barcelos which runs on Thursdays... we didn't buy anything, but it was fun to experience...
Other than the market, Barcelos is a fairly sleepy town, feels pretty local and off the beaten path, though it is famous for the legend of the Rooster of Barcelos which has become a symbol across all of Portugal.

From there, we headed to Braga, which has something like 26 churches -- and we got to take a look at probably a dozen of them over the course of the day, including the impressive Cathedral which was a major seat of Catholic power in the area... in addition to the nearby Bom Jesus, which is beautifully located up a mountain at the end of a long-stretching staircase although unfortunately they are doing renovations inside the church right now... but the exterior views are the star of the show, anyway.

Finally, we made our way to Guimaraes, the birthplace of Portugal since this is where the first king, Alfonso Henriques was born, and where he battled his mother to declare independence from Spain long story. The guides will tell it to you! There is a castle here, but we walked past it and spent time touring the more grandiose Dukes manor nearby. The town itself is also pleasant to walk through -- quaint and medieval in its layout, but still a fairly large city.

After all of this, we were quite satisfied but, even though the tour was technically done, José was nice enough to show us a few more sights... he had time, so he extended the tour to do a little detour down the coastal region, seeing the beach towns and fisherman villages, such as Vila Nova do Conde, with a historical Portuguese sailing ship and a couple more interesting churches.