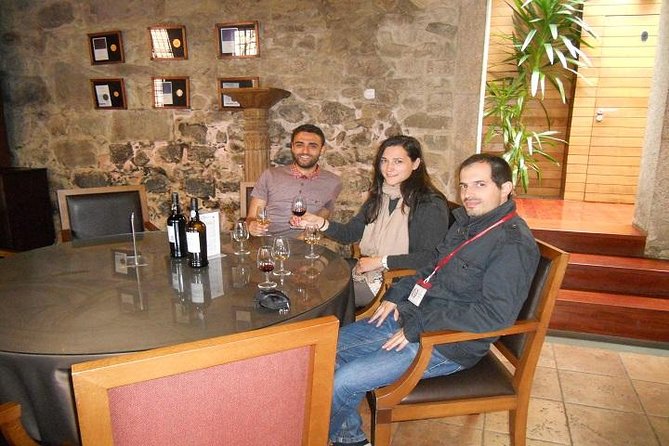 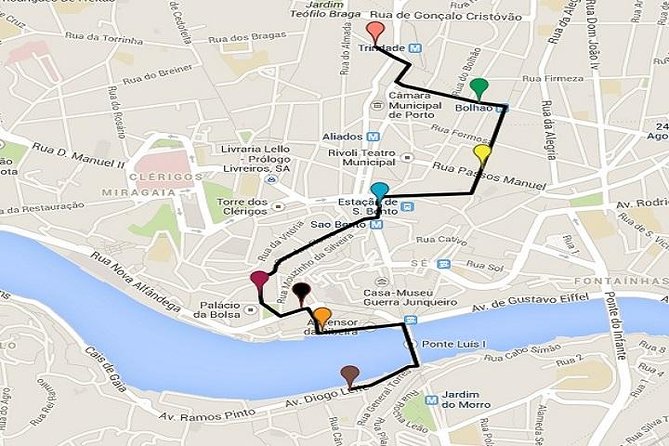 Sightseer320822
Portos Downtown Walking Tour | jun 2019
This was the highlight of our visit to Porto. We were exceptionally fortunate to have Marta as our guide. She was so knowledgeable and passionate about Porto and imparted her knowledge in a delightful manner. Marta is a great ambassador for Porto and Portugal in general. Ian & Chris
… Leer más

A little biking, port and food

612Brian612
Porto Bike Tour Wine and Gastronomy | may 2019
We really enjoyed this tour and our guide Marta. The bikes were probably the best we have ever been given on a city tour. The supper restaurant which was a Tapas place was really good. The port celler was a little pedantic and I would have just preferred to taste without going thru a long spiel and promotional video. Riding in the Old Town is a little sketchy with the cobblestones, steep downhills and heavy traffic. The trip after supper were we rode to the Atlantic along mostly dedicated bike trails was really good however and we were able to come into Porto the back way, so had a gradual uphill instead of a steep climb. We were really impressed with Marta’s concern for our safety throughout.
… Leer más

Zubin E
Porto Downtown and Sightseeing Bike Tour | may 2019
We really enjoyed this bike tour. Our guide (Tiago?) was incredibly helpful and friendly and took us to some great sites. This was a great way to escape from downtown Porto and see some of the beach and the pretty outskirts of the city. He also took the time to give us some great recommendations for other interesting places to see and to eat in the city. Definitely recommended!
… Leer más

We booked this tour , like we did in rest of the other cities too but this one in Porto was very disappointing .. We were just bicycling and were hardly shown anything . Though I booked a group tour but that day ,only me and my son were there . We did not covered any porto attraction and when I asked our guide Rocalo about it , he mentioned that he was asked to take us for a normal tour as advised by his owner/operator ... What is this NORMAL TOUR ? I think because there was no one else except us , they fooled us . We cannot call it a City Tour as we had to cover rest of the things on our own after this bicycle tour got over . We were in Porto only for a day and thinking that we would be able to cover as much as we can through this booked tour , but it was waste of money and time . Instead WE COULD HAVE HIRED BICYCLES TO COVER PORTO ON OUR OWN RATHER THAN BOOKING THIS TOUR WHERE THEY DO NOT COVER ANYTHING AND WOULD HAVE SAVED MONEY AT THE SAME TIME . I suggest everyone, pls. check with the operator before you book this tour with them as there are chances that you will get fooled at the end of the day . At the same time look for another options as the roads are rocky in Porto and it becomes tiring and uncomfortable to ride bicycle on such trips .

A great way to see more of Porto if...

A great way to see more of Porto if you like cycling. Stopped at many points of interest and our friendly, informative guide was able to answer all our questions and more. One section through traffic, but our guide really looked out for us.

was very nice. our guide Henrique...

was very nice. our guide Henrique hopefully i wrote it right was full of knowledge and we got to learn a lot about portows history. the ride alond the river and seaside was great - quit better then walking it. for me some of the way demanded some effort but was worth it

We had a wonderful ride along the...

We had a wonderful ride along the Camino enjoying the stunning scenery.
What a great way to travel the country side.
The Fold "n" Visit friendly staff ensured we had a safe successful journey and catered a bike problem we had very quickly.
Thanks for such a wonderful holiday.

Thanks for such a wonderful holiday." data-review-publish-date="jul 2017" data-target="#supplierTrustReviewModal">… Leer más

Hugo ? our guide, was enthusiastic...

Hugo ? our guide, was enthusiastic and knowledgeable but needs to learn to let his guests ask questions. He virtually spoke non-stop for three hours. We suggest the tour should start from the nearby Trinidade station, rather than a hard-to-find back street.

Our guide was very knowledgable and...

Our guide was very knowledgable and kind in showing us around. We had difficulty finding where to meet her.

This tour was a good fun activity...

This tour was a good fun activity for our group. The initial section in the city centre allowed the guide to give us some basic history and information, and later as we picked up the pace, we were able to enjoy more of the cycling and see along the river and coast. The hill on the way back was a nice little challenge to end on.

Highly worthwhile tour of scenic Porto to gain appreciation of its history and architecture. Tiago was both knowledgeable and charming.

This tour is amazing you really must...

This tour is amazing you really must do it - our guide Paul was so knowledgable and fun - we had the most personal and Informative tour we could ask for - he educated us on parts of the city we would have never seen on our own as well as so much extra information about the tram to the coast, the olive shop and Jamie Oliver's Plank shop ! Highly recommended

Excellent in every way! Great...

Excellent in every way! Great introduction and way to get to know Porto and its surroundings. From there you can plan what do you want to explore or do next while you stay in the city. Our tour guide was the best! They even took us to a bakery to taste the official pastry of Portugal, Pastel de Nata. The tour guide was so professional and seemed to know so much about history. I loved this tour!