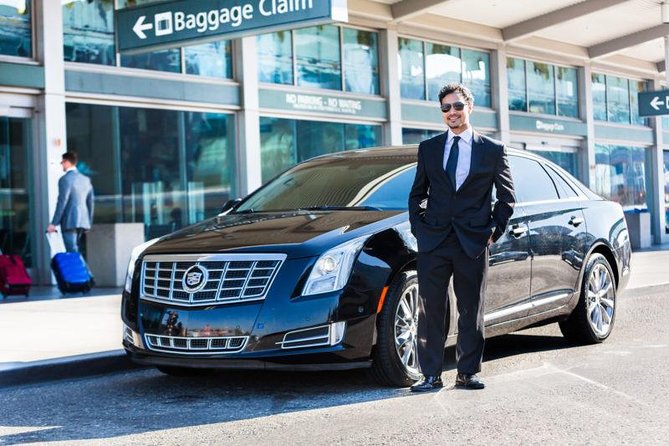 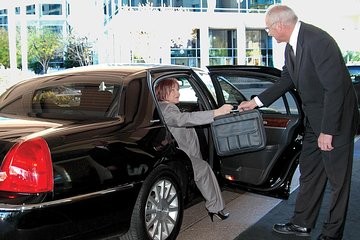 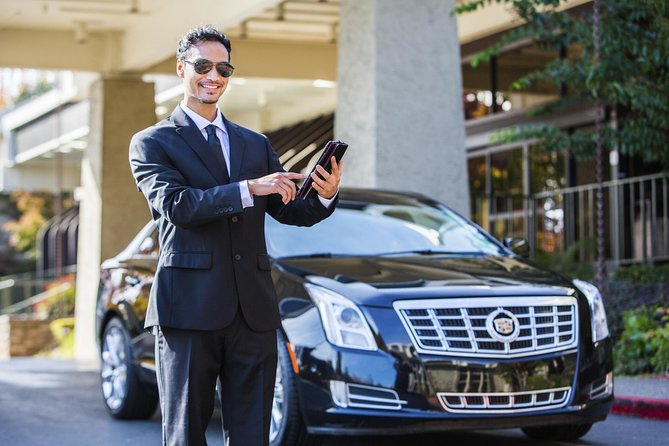 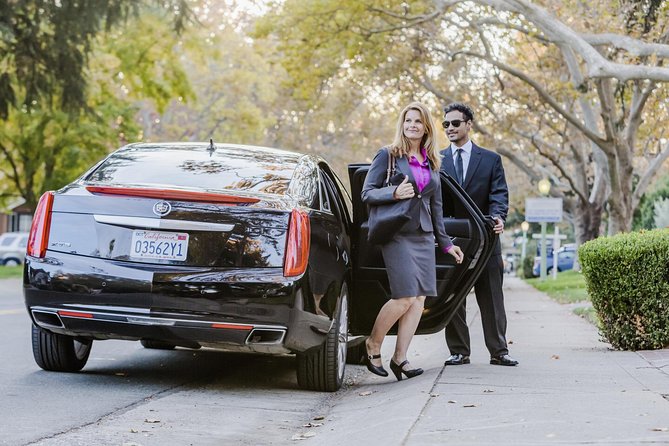 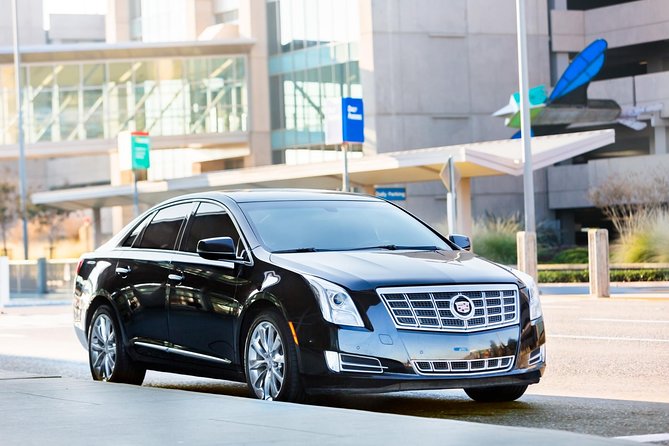 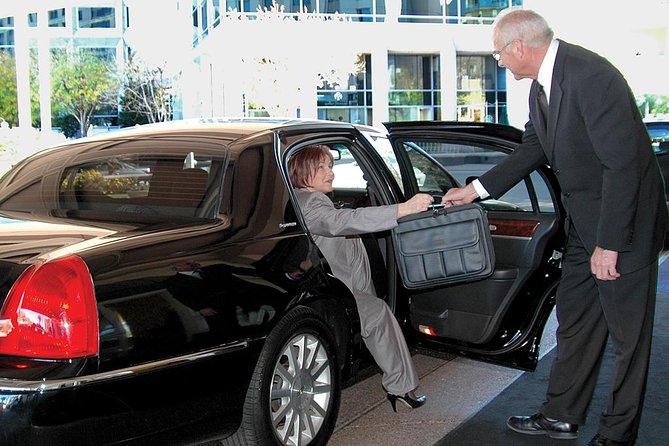 5,0
3 opiniones
5 estrellas
4 estrellas
3 estrellas
2 estrellas
1 estrella
Opiniones de viajeros de Viator
Airport transfer
Michael S
, ago 2019
Great service, driver was on time and even received text alerts saying the driver would be at the hotel by a certain time.
...MásMenos
Our driver was at baggage claim...
Henning E P
, may 2016
Our driver was at baggage claim waiting for us and was supremely nice and helpful. We had a great chat with him all the way to the hotel and he got us there in a timely manner even with traffic. It was well worth it.
...MásMenos
The gentleman driver was wonderful...
Hedy C
, nov 2015
The gentleman driver was wonderful. I was in a wheel chair so he had to go above and beyond the call of duty and he did that with a smile on his face
...MásMenos

maxantonSanFrancisco
San Diego Arrival Transfer: to San Diego Hotels | dic 2019
Transfer was on time. The driver was friendly, polite. The car is clean and in good condition. I will use this service again and recommend it.
… Leer más

Nice ride to the hotel

sophiacarballo
San Diego Arrival Transfer: to San Diego Hotels | nov 2019
It was easy to find the bus came within 10 mins dropped me right in front of the entrance. Will reserve for the way back too
… Leer más

KONAGSCE
San Diego Arrival Transfer: to San Diego Hotels | nov 2019
worst experience ever.. will never book viator again.. driver refused to take voucher.. insisted driver call number on voucher.. finally driver did and reluctantly took voucher.. very rude throughout.. made me wait 20mins in case someone else showed up (there were no reservations pending at the time).. booked 7am and did not leave till 730am.. told driver would have booked 630am if knew had to wait and could not leave at time of booking..
… Leer más

GoPlaces102349
San Diego Arrival Transfer: to San Diego Hotels | oct 2019
The Super Shuttle was an excellent value! Even cheaper than Uber and Lyft. My shuttle driver was super nice and very knowledgeable about the area. Thank you! Would for sure recommend and would book again.
… Leer más

Pickup Was fine, but redemption was horrible

eshexplore
San Diego Arrival Transfer: to San Diego Hotels | oct 2019
Warning: Make sure you have access to a printer before you travel. When I was on the transfer, all was fine, and the driver was super helpful! Horrible experience trying to get on my shuttle. The SuperShuttle operator still does not accept mobile vouchers, even though all they need is the Booking Reference number. It did state clearly on my Viator voucher that I need a print-out, however I was unable to get one while travelling. When at the SuperShuttle kiosk, I was first told to go get a print out, where I then walked around the airport for 15mins asking every kiosk if they had a printer, and no one was able to help/ had a printer! Its 2019! I was only able to get on my shuttle by negotiating with the kiosk /driver by sending my voucher to the office.
… Leer más

Barbara D
San Diego Arrival Transfer: to San Diego Hotels | jun 2019
This was a good experience. The service was prompt and easy to find. The driver was professional and polite and the vehicle was clean.
… Leer más

It's not Super Shuttle - and I was extremely disappointed. Lots of room for improvement here!

Mobile58821964473
San Diego Arrival Transfer: to San Diego Hotels | jun 2019
While trying to book with Super Shuttle, sadly I somehow ended up with Viator. It would have been ok if they had followed through and actually booked my reservation(s) with Super Shuttle - but that did not happen. And, my time was wasted because there was no option for round trip. I eventually made 4 separate bookings - initially two with Viator then again two more with Super Shuttle despite my so-called "reservation". When I arrived at the airport SS kiosk, I watched a van pull away because "I didn't have a reservation". I actually had to rebook with the agent at the airport, then had to call again the day before my departure to ensure I had a ride back to the airport. On the plus side, Super Shuttle did honor my Viator vouchers, and Viator had been very clear I should print them. Guess that's because they didn't bother to pass on my trip reservation to Super Shuttle (despite taking all the appropriate inbound and outbound information). Overall it was a terrible experience because Viator dropped the ball and it was a huge waste time. The web site appeared to be Super Shuttle (tried it twice). Hopefully Viator is markedly better with tours, etc. but definitely NOT when it comes to Super Shuttle.
… Leer más

My voucher which I printed was NOT...

My voucher which I printed was NOT accepted and I had to take a taxi to the hotel. This was at the end of a long haul flight from australia at midnight which was very stressful.

Supershuttle in was there, no...

Supershuttle in was there, no waiting what so ever and easy to find. Driver was very courteous and friendly. Thanks I will definitely use again.

Directions on the website were not really clear reference calling for the shuttle. I used the courtesy phone near the baggage claim. The gentleman who answered the phone was very nice and explained exactly where to go. The shuttle was waiting at the end of the walkway. I handed the guy at the kiosk my reservation and we got on the shuttle. So easy and quick. Thank you Viator for another smooth transition from airport to hotel.

Very good service, a little pricey compared to other options though.

A really easy way to get to the...

A really easy way to get to the hotel. I just walked out airport, following the signs and straight to the transportation point. It was quick and easy which is much appreciated after a long day of travelling, including a long international flight.

Prompt and easy service that takes the...

Prompt and easy service that takes the hassle of getting to the airport.