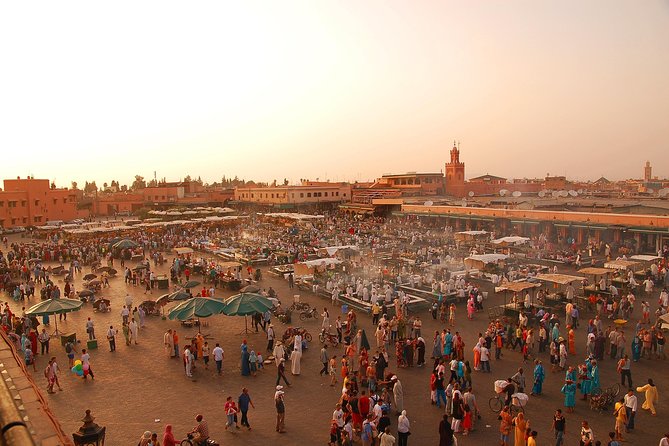 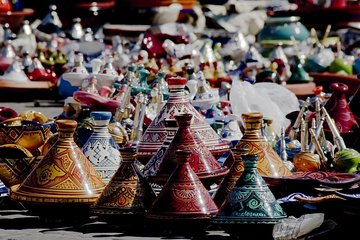 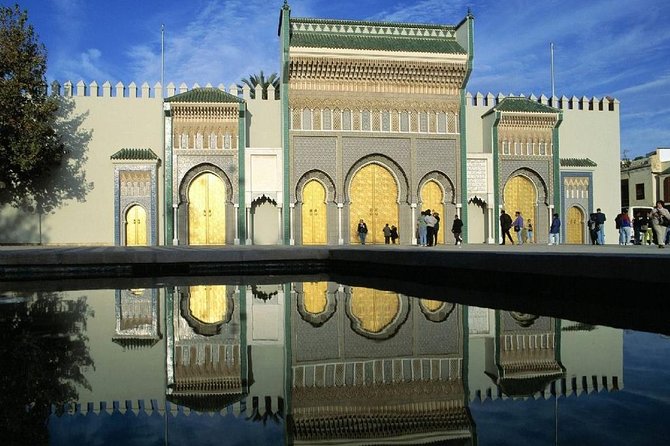 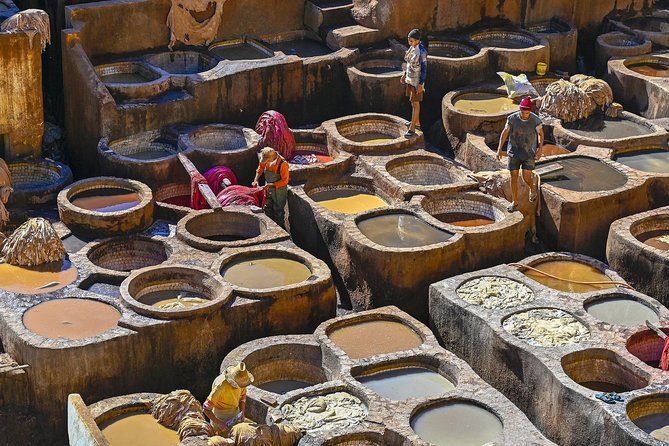 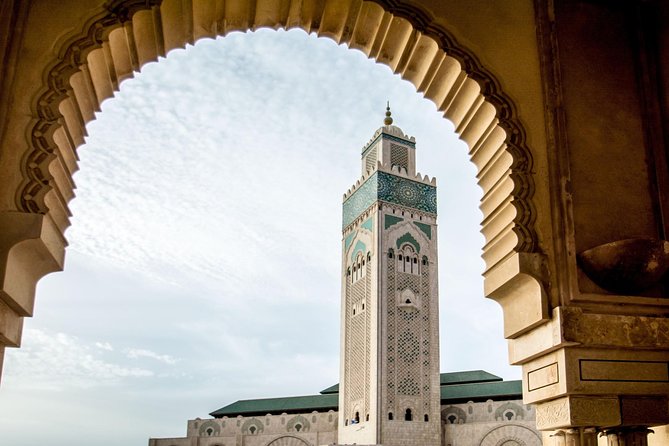 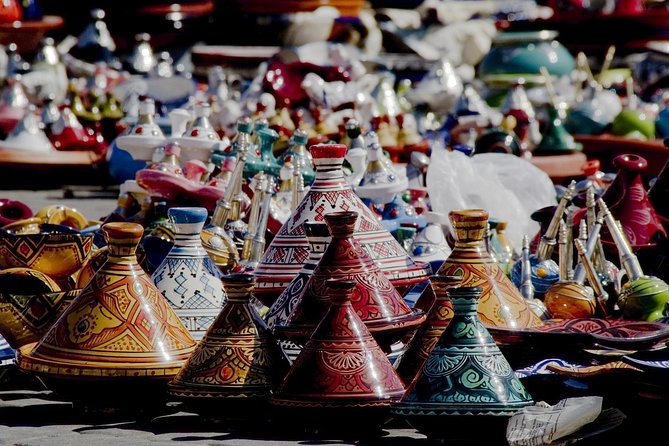 Abdulhadi Q
4-Day Guided Tour of Caceres, Cordoba, and Seville by Bus and High-Speed Train | dic 2019
day one, food in hotel, people wanted to walk out and buy their own food day 2, wife's purse with all IDs and money got stolen from the main breakfast area of Hotel we staying in. Hotel people were not helpful at all. They made us go to Police station by ourselves, despite of knowing that we lost all our money and IDs. Guide Begonia was exceptional with a command of knowledge re area. driver with bus was nice and comfortable. No wifi on bus even though it was promised.
… Leer más

Chris S
Cuenca full day tour from Madrid | dic 2019
Martha was our tour guide and she was fantastic. Friendly, funny, knowledgeable. She gets a 5 star rating. The Enchanted City was much more interesting than expected and I really enjoyed it. My problem with this tour is the limited amount of time in Cuenca, and with it getting dark so early we only had about 30 minutes to see the city with any type of daylight. I would have preferred to spend my free hour seeing the city in daylight, not in the dark.
… Leer más

alexortiz05
4-Day Guided Tour Cordoba, Seville, Granada and Toledo from Madrid | oct 2019
I absolutely loved this tour. Javier the tour guide couldn't be better. Local guides were awesome and the hotels were great. You have to get the premium hotel option for this tour.
… Leer más

mkConn
4-Day Guided Tour Cordoba, Seville, Granada and Toledo from Madrid | oct 2019
First of all our luxury bus did not have any bathroom facilities on it. The tour guides in Cordoba and Seville we're very good. The hotel in Seville NH chain was ok. The dinners were very mediocre. It was stated that we would experience the local cuisine. The dinners here were definitely not that. The breakfasts kind of made up for that though. The food was plentiful and a good variety. The tour of the Alhambra seemed hurried up. The hotel in Granada Abad chain was ok and the dinner and breakfast were buffet style and pretty good. We were surprised that cold tap water was not available with the meals. The final stop in Toledo was enjoyable and views were breathtaking. The tour guide provided a good tour of the old City. Overall the tour was ok but it definitely could have been better.
… Leer más

We thought it wouldn't happen to us!

DMSRWO1
Andalusian Highlights: 5-Night Guided Tour from Madrid | oct 2019
After reading some of the negative reviews about Viator's Andalusian Highlights 5-night tour, and after researching several other tour companies, we opted to think "that won't happen to us" and we booked the tour through Viator. Viator is a tour aggregator therefore they contracted with a company in Spain for this tour called VPT or Web Tour Spain, S.L. Pro's: Cities covered were great. Sites visited were also great. Perfect for 5 nights. Bus was clean and modern. Local tour guides at the sites contracted by VPT were also very good. Hotels were excellent, definitely 4-star. Food was also good. Con's: English speaking? Hardly, there were only three English speakers on the tour? Not VPT's fault? Well, they moved all the other English speaking tourists to another bus. Our tour guide was not interested in the trip and said so. Most of the travelers were from South America and were not happy and let the guide know it. He had a lot to contend with as MANY of the travelers were quite rude. Not VPT's fault, but they were rude because they felt they had been cheated. Again, the tour guide's attitude reflected that he didn't want to be there. Worse yet; upon the start of the tour we were informed by VPT that our tickets had been canceled by Viator. We purchased 3, and only two had been cancelled ??? They made us pay again, this time $400 more. Before the tour we had attempted to clarify some of the sites to be visited and what tickets are included. BE CAREFUL, things like the Alhambra in Grenada are stated on-line and in the brochure as "tickets optional". Well, after calling to Spain and spending $30 for the call and understanding that tickets were included or would be included at a price...they were not. Do not believe what you read, you do not go inside, which was comments made in previous reviews, thus our call because the advertisement made it sound like tickets would be optional. Our experience with the Viator call center was challenging. Language was an issue. The call center is in the Philippines and trying to reserve two rooms for a total of three people (a double for two and a single for one) was incredibly difficult. We knew we'd pay more but just making that reservation was almost impossible. Last but not least, "who" cancelled our trip? Naturally neither company would admit who and we were refunded only the original $1,700 and not the $2,100 we had to pay on the bus! Read carefully and ask lots of questions!
… Leer más

neskawar
5-days Guided Tour in Andalusia from Madrid via Cordoba | oct 2019
My wife, sister in law, and I booked this tour in advance, without any prior experience with guided tours. Our guide was Patricia and our bus driver was Luis, from Portugal. We could NOT have asked for a better tour guide or driver. Patricia was informative, patient, helpful, and ALWAYS greeted us with a warm smile. Luis handled driving the oversized bus with ease and skill. He maneuvered through tough conditions and he was quite helpful loading and unloading our heavy suitcases. I recommend this tour to anyone who would like to experience the beauty and rich history of Andalucia....
… Leer más

Guide48150873211
4-Day Guided Tour Cordoba, Seville, Granada and Toledo from Madrid | oct 2019
good tour for those who have limited time to visit Spain, generally good tour, however, it can be better with some improvement in time management and tour guide selection
… Leer más

Curious30055992063
Segovia Half day from Madrid with Optional Toledo or Escorial visits | oct 2019
Being able to visit three of Spain's top treasured sights in one day is as the Spaniards say, "honey on the lips." It's only an appetizer of the many marvels found in each location but definitely worth it if short on time. See the Roman aqueduct in Segovia and the often referred to as Disney's castle-- the Alcazar. Visit the magnificent library and royal mausoleum in El Escorial. Be amazed by the labyrinthine streets of ancient Toledo and its spectacular cathedral. Well worth the full day of magnificent sights!
… Leer más

formershrink
El Escorial Monastery tour from Madrid with Optional Toledo | oct 2019
We got 4 hours of a 5 hour tour. We were rushed through El Escorial so the guide could go home an hour early, I guess.
… Leer más

Sam L
5-days Guided Tour in Andalusia from Madrid via Cordoba | oct 2019
It was a very good opportunity to discuter a destination that I never been before, the Andalusia of Spine. the trip begin from Madrid the rich and colored capital of Spine going in 5 days 4 nights through the Cordoba (Very nice city) heading south, Seville for two 4 stars hotel nights (where the mixed culture of east and west, Arabic and Spine, Christian and Muslim…are mixed perfectly in harmony and beautiful, then south-est to Ronda (superb and mountainous city), then south to Marbella another hotel 4 stars night, following north est to Granada the famous old capital with its Alhambra Palace included in the trip and where we past last 4 stars hotel stay always Catalania group of Hotels. finally return to Madrid. all visits and tours are excellent and explained in three languages English, Spanish and French with excellent guides and driver. I gave excellent 5/5
… Leer más

Claudia552266
2-Day guided tour Caceres & Sevilla from Madrid by Bus and High Speed Train | oct 2019
The tour started one hour late. A whole hour with no actual explanation, other than the driver is delayed, so from 7:45am to 8:45am. That was a rocky start and threw the tour off schedule. The guide was nice, but the schedule was odd. Eating lunch in crowded restaurants around 230pm (we were starving!) we also had to eat and shower extremely quickly at the hotel to make it to the flamenco show that was proposed by the guide on the way to Sevilla (add on 40+ euro). I also wasn't a huge fan of our guide translating 3 languages as that just made everything slower. I thought they would have multiple guides (one per language). Our group ended up being over 40 people and that made the experience slow, impersonal and tiring. Spain is beautiful though, so I thought the sights were great.
… Leer más

Could not recommend vpt as a tour company!

melmil82
Segovia Half day from Madrid with Optional Toledo or Escorial visits | sep 2019
Segovia was great and beautiful! Tour bus driver was late, we were late leaving the city and tour was very rushed! Very little time to explore the city due to poor planning and timing.
… Leer más

CarolC1742
Monastery of El Escorial Tour from Madrid with Optional Toledo Visit | sep 2019
The tour lasts all day, but you cover a great deal. My only issue was the guide gave the tour in both English and Spanish. He ran both languages together so following along with what he was saying was difficult. Also be aware that this tour involves a great deal of walking and climbing stairs, especially in Toledo.
… Leer más

X9445ZBlarryg
Barcelona Airport Private Departure Transfer | sep 2019
Our driver Luca was great and they sent a nice Mercedes van big enough for our party of 4 with lots of luggage!
… Leer más