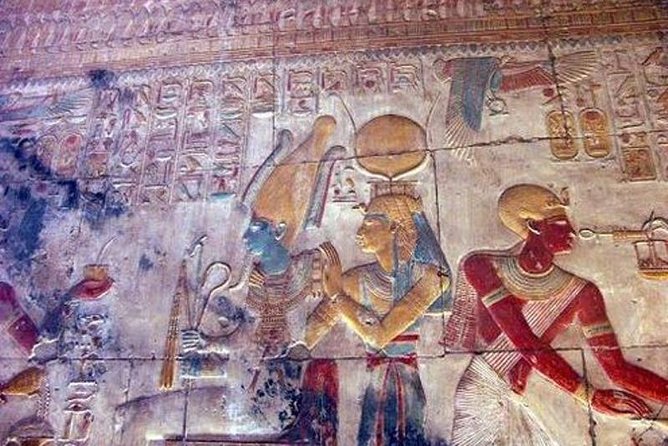 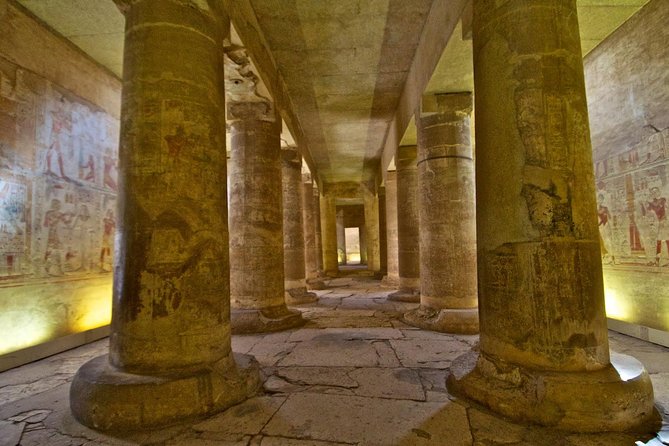 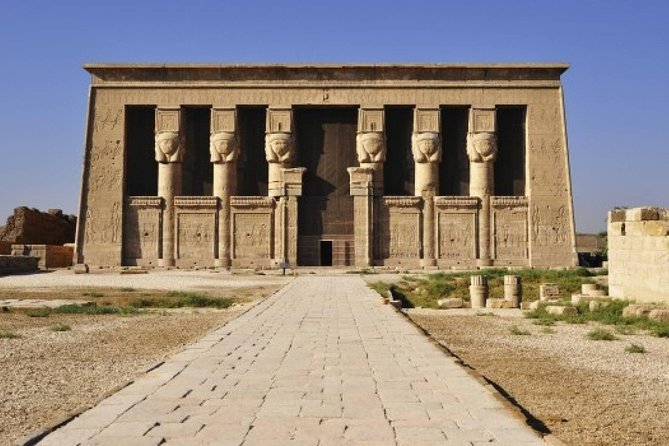 The best trip of visit beside Karnak...

The best trip of visit beside Karnak. The oil place was great, the shop, the pyramids the food....Highly say to do this trip. And SAFE!!!

The support extended by Viator was...

The support extended by Viator was excellent. The vehicle was in good shape provided and the driver efficient. The guide was knowledgeable and forthcoming.

Great tour: Is a long ride so be prepared. Amazing sites and Mohammed Tour Guide and Owner was very informative and provided a nice tour. Drivers were both professional and always timely. Have an amazing tour and safe travels: TravelB215

A big thank you to Mohamed Elleithy...

A big thank you to Mohamed Elleithy, our tour guide, for the help and assistance he provided me and my family during our stay in Egypt. Mohamed went well beyond his responsibility, and because of that we had one of the best travel experiences ever. Mohamed Elleithy was prompt, kind, knowledgeable, and present with me and my children at all times. The tour to the pyramids and museum was well organized, enjoyable, and very informative. I have traveled to all but two sovereign countries in the world, and as a result, have experienced the service of hundreds of tour guides. I am not exaggerating by stating that Mohamed Elleithy is one of my top 10 guides. Thank you so much Mohamed, and please stay in touch.

The Nile River tour from Luxor to...

The Nile River tour from Luxor to Aswan was a great way to see several different sites. Our guide, Mohammad Albasha, had an amazing amount of information to share and was an enjoyable companion during our tours. There was so much history that he shared between the two locations. His care and concern as we traveled together was noticeable every step of the way. We would highly recommend him.

Guide meant well but was his...

Guide meant well but was his discussion topics were inappropriate and troubling on occasion. I did not appreciate the requests that I video an endorsement of him while in the middle of the tour. Driver and car were excellent.

We must start by saying that the...

We must start by saying that the boat itself is NOT luxury. It is an aging vessel with many signs aging -- in hotel terms, barely 2 Star.

However, whatever the vessel lacked was made up for by the professional and attentive staff on board the boat as well as the Viator people. From being picked up at the airport by Osama, the wonderful chef and dining room staff who catered for my wife's gluten free requirement, to the cabin crew, they were all a delight to deal with.

If you are not familiar with Egytian history which we were not, be prepared to be awestruck by the dimensions and magnificence of the structures, built between 3 and 5 thousand years ago. Heaven knows how.

But the best part of the tour was our guide, Mohamed Basha. His knowledge of history and ability to put everything into perspective was remarkable. But most importantly his pleasant personality made it a pleasure to spend time with him. We had some particular challenges when my wife became quite ill, and he made a great effort in re-organising our itinerary, making alternative bookings, and staying close at hand until we departed several days later. We cannot speak highly enough of him and of Viator for his dedication and professionalism.

Excellent tour, guide and driver were friendly and extremely knowledgeable. I strongly recommend this tour!!