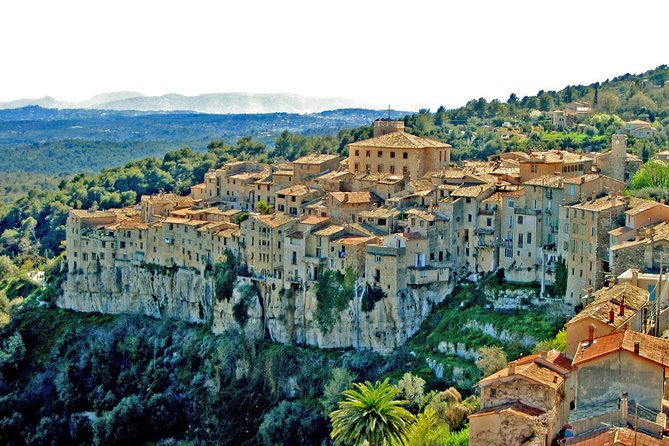 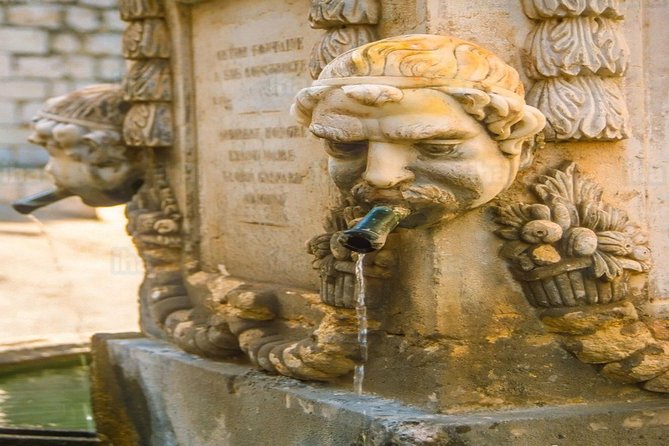 lkauls48
Full-Day Private Cannes Shore Excursion: Monte Carlo, St-Paul-de-Vence, Nice | nov 2019
Our driver and guide, Marguerite, was very knowledgeable and very friendly. She accommodated our requests and showed us some beautiful spots in Nice and on the way to St. Paul de Vence for magnificent views.
… Leer más

alain20192019
Private Transfer: Nice Airport to Nice Hotel | sep 2019
We were greeted as expected and dropped of at a very convenient spot near our appartment rental where cars cannot access
… Leer más

Erika L
Private Transfer: Nice Airport to Nice Hotel | sep 2019
I enjoyed the conversation about the locals and what to expect from visiting this beautiful part of the world.
… Leer más

sgreen421
Private Transfer: Nice Airport to Nice Hotel | ago 2019
It took a little over an hour to get our bags and apparently the tour operator considered us a no call/no show and left. Two messages were left by a helpful assistant at the Nice airport and then by me when no one answered our calls at approximately 2pm in the afternoon. We had to take a taxi, which was actually cheaper than this option! This operator refused to offer a refund when Viator contacted them on our behalf, but Viator was good enough to offer us the refund instead. Highly recommend Viator as every other tour and transfer that we booked for our trip to Barcelona and Nice was perfect! Use this operator at your own risk.
… Leer más

MoCa143
Full-Day Private Cannes Shore Excursion: Monte Carlo, St-Paul-de-Vence, Nice | jul 2019
So I spent a week in Europe and had three guided tours. This was by far the best tour. I have booked on Viator numerous times but do read reviews and was a little nervous there were none for this excursion. Doing my research I found out this was run by "Sophie Tour" and they did have good reviews. Anyway we met Daniel our guide and driver. Be aware there is a difference. A driver basically drives you place to place with some info while driving. They drop you in an area and then your on your own. One guide had us walk to where he was instead of driving to the 10 of us in 100 degree weather even after we called him and said we were lost. Daniel walked with us basically everywhere and answered every question we had, even the silly questions the kids had. He was great with the boys and it probably helped him having his own child. Anyway we went to the most beautiful of places and my only regret was not listening to him about Eze. I wanted to go and was almost a brat about it, how disappointing. One of our more elder family members could not do the walk, even the young ones were breathing hard. The stores were snobby and high priced but we did find a gelato place that also served Beer and Lemonade...I know I know but try it, so good! Daniel introduced us to that drink as well, its known in US as a Shandy, its my new drink and all I drank during the cruise..lol. We went to Nice, Eze, Monte Carlo, Monaco and all the little places in between. The ride to each place was filled with amazing views and landscapes. Monaco was my favorite with its beautiful buildings, gardens, shore line and of course its roads that look like diamonds. If I did it again I would go to the Monaco Oceanographic Aquarium/Museum and skip Eze all together. One of our teens only request the entire day was to get an authentic Macaron and Daniel said we could make it happen. He actually parked and ran into a couple places before he found a proper bakery. I wondered if he was an owner due to how professional and dedicated he was with us. Daniel also had the timing down pat to get us back to the cruise on time. There was 8 of us on this excursion an we all fit comfortably in the van. I sat in the front seat due to being the one who takes a million pictures. So Im not sure if this will be the first Viator review for this excursion and company but dont look by this excursion because of lack of reviews here. Thank you Sophie Tour & Daniel, best Tour in France!
… Leer más

hopeful14
Full Day Avignon Private Tour of Pope's Palace and Chateauneuf du Pape from Nice | jul 2019
Daniel, our guide was great. Very knowledgeable and entertaining on drive up and back. Winery visit and lunch in local village was the highlight for us. We thought our tour included a private guide inside palace. It did not. We had to pay the entry fee whic h we thought was included on the tour priceand then did a self guided tour using audio/video equipment provided at palace. It was good but not what we expected. One day is sufficient to do this trip from Nice, a nice pace. But be aware there are lots of steps up and down in the palace so not so easy on older travelers
… Leer más

jlseagraves5
4-Hour Private Sightseeing Tour of Nice from Cannes | jul 2019
If I could give a zero I would! We were told the transportation options were either a Mercedes sedan or van and a rude, late man in a Peugot or something comparable shows up! We were completely mislead by Viator after they confirmed our options after speaking with the local merchant. In regards to the local merchant, he was late, unapologetic and quite rude. While we asked them to move the original star time from 9 am to 10 am which they agreed to, he ultimately ended up finally arrive after 10:30. I have used Viator in the past and had great experiences, but I'm completely disappointed by this one. Whatever you do, make sure to get your phone conversations in writing to protect yourself. We ultimately told the driver to leave and didn't attend the tour, yet we were still charged the full $500!
… Leer más

Well worth the money

Voyager01659861531
Full-Day Private Villefranche Shore Excursion: Nice, Eze, Monte Carlo | abr 2019
Azamara had to change our debarkation port from Monte Carlo to Nice. And unfortunately this was on Good Friday that we were trying to get hold of the company to make sure they knew. Neither us, Viator or Azamara could get hold of anyone for almost 36 hours. Everyone left voice mails and emails with no response. We did not know if they would be there or not. When we got off the boat, other companies booked through Viator where there to pick up there people but not ours. We finally got hold of the office 10 minutes before our tour was supposed to start. They still had no idea that our port had changed. We got the driver's phone number and he was almost to Monte Carlo From here, everything was great. Daniel is an excellent tour guide. Even with the issues, I would still highly recommend this company if all of their tour guides are as good as Daniel. And this was in the evening on Holy Thursday and the entire day of Good Friday. I will give them that excuse. But you would think that by minutes before our tour, they would have checked their emails, messages are the ship's location.
… Leer más

Diane H
Private Transfer: Nice Airport to Antibes | abr 2019
Absolutely the best pick up . The driver went beyond her duties locating the rental accommodation. Such an assert to your business
… Leer más

Gilberto A
Private Transfer: Nice Airport to Nice Hotel | sep 2018
Nice driver,at the time!!!!I recommend you!!thank’s a lot.........Now,I need the confirmation of the transfer to the Airport....
… Leer más

BarbaraRobers
Private Transfer: Nice Airport to Nice Hotel | sep 2018
She was waiting for us at the arrival area and took us directly to our hotel. Exactly what we wanted.
… Leer más

Lori M
Full-Day Private Cannes Shore Excursion: Monte Carlo, St-Paul-de-Vence, Nice | jul 2018
We were a group of 13, both our drivers were wonderful. My only recommendation is that it should at least an 8 hour tour not 7.
… Leer más

Our guide, Daniel did a great job...

Our guide, Daniel did a great job showing us the sights in Eze and Monaco. Throughout our drive to these cities, he pointed out things for us to know and see. He was very receptive to conversations from each of us on the tour. We were able to watch the changing of the guards on our morning tour and the burial sites of Princess Grace and Prince Albert. Our driver was the best. A totally pleasant experience. He made out trip enjoyable with plenty of information about every single place and view from our guide. Highly recommend this tour.