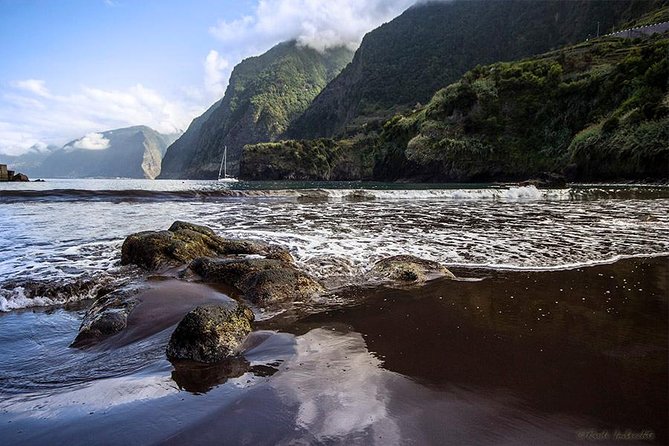 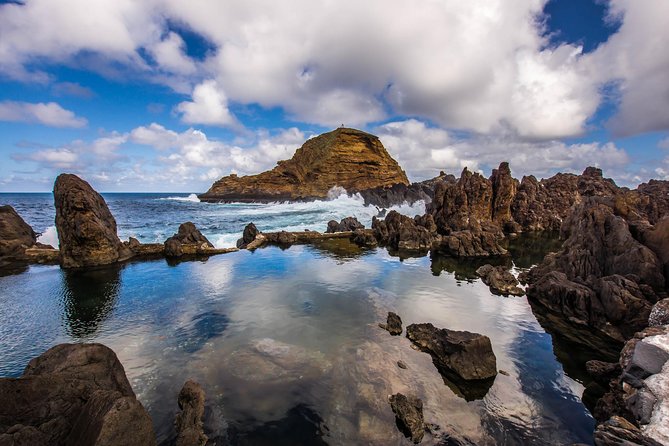 Courtney B
Madeira East Island Tour with Levada Walk and Lunch | jun 2019
Loved the sights we saw on this tour, however the tour itself was average, not much history at all provided about some of the sights, I know as much about the houses of Santana after the tour as I did before going there. I was most looking forward to lunch in the cave restaurant but we got shafted into the front of the restaurant, not in the cave section as I think the cave area was being reserved for another group so that was very disappointing. The food was delicious though. The sights of this tour were spectacular but perhaps go with another operator, not a very memorable experience - positive or negative.
… Leer más

Could have been so much better

Tinyto
Madeira East Island Tour with Levada Walk and Lunch | jun 2019
Had to chase around phoning Madeira Sunseekers several times to get a pick up time from them. Even so, the guide arrived 30 mins late. He was a charmless, surly man who turned out to have been sub-contracted from Madeira Sunseekers and as he didn't introduce himself I cannot advise how to avoid him. I did ask Madeira Sunseekers to provide his name but they did not respond -maybe they don't know who is, if he is a sub-contractor. The first stop of the tour the 6 of us guests had already visited and so we skipped this - never once, though, did he offer an alternative stop even at a viewpoint. He stuck rigidly to the itinerary even though we had left 30 mins late and missed out the first 30 min visit. We drove to the highest point on the Island, spending half an hour there. When I pointed out that in the rain, cold and thick cloud obliterating the view this was a waste of time he said if we didn't do so we would end up back in Funchal by 2pm instead of 5. So the 6 of us huddled in the small cafe to keep warm. We carried on to the 'optional' Levada walk - be warned that this might not mean that you are offered an alternative, apart from maybe sitting in the car. We were dropped at the start of the path (regardless of the dreadful weather) and given directions to the viewpoint with the guide saying he will pick you up at the end further along the road (estimated time 50 mins). No alternative offered to those who did not want to undertake this 'optional' walk. Later, as we descended into better weather and the skies turned blue and the sun came out, he whizzed past a couple of signposted Miradours, which he surely could have offered to stop at given we had plenty of time. Finally I asked him to stop at one and he practically shouted at me that it was on the itinerary so of course he was going to stop! The rest of the itinerary was great, the weather was lovely, and I have to add that his microphone delivered spiel throughout the day was helpful. There should be more guidance as to possible issues with cold temperatures and inclement weather for this tour - we had left the hotel in brilliant sunshine and so many people up there had flip flops and shorts on but it was bitterly cold and wet. Such a total contrast to the wonderful tour had 2 days earlier with Philip the guide from Safari Madeira
… Leer más

Very informative tour guide/driver and loves the island and her job. Loved the restaurant cut into the cliffs.

The views were wonderful because we...

The views were wonderful because we were lucky to have a clear day. We felt that the tour was more driver to take you places, but we were happy to not drive on this island so we recommend the tour. It just was a lot of climbing in and out of a small Renault van - not the space of a Mercedes or bus.

Great trip. Only wish we had more time...

Great trip. Only wish we had more time at the peak of Pico Ruivo.

This was a great tour, which...

This was a great tour, which included lots of great stops. The lunch far exceeded our expectations, and we loved the cave setting. The driver's English was heavily accented and was at times difficult to understand.

I was collected from the hotel at...

I was collected from the hotel at 8.30 by our guide Luis. After collecting other travellers the tour began. First stop was Camacha, famous for being the place where the first football match was played in Portugal. Camacha is also home to a wicker factory and we were able to look at traditionally crafted pieces. As it was a bank holiday there were no craft demonstrations which was a shame.

Leaving Camacha we climbed into the mountains and stopped at Pico Ribeiro 1800 metres above sea level and the third highest peak on the island. We were high above the clouds and got some spectacular photos. We stayed here for half an hour but this was too short as there were plenty of walkways to explore.

Next stop was a section of the Laurel Forest Levada walk where we walked to a viewpoint that looked across the peaks. We returned to the minibus and were taken to Restaurant Grutas for lunch. The restaurant is built inside a cave and our three course meal with wine was delicious.

Feeling refreshed it was back to the minibus and on to Santana to see the typical triangular houses. Another viewpoint outside Marocos was followed by our last stop in Machico, the second largest city on the island and the place where the first settlers landed. We were given 40 minutes here which was too long as you could easily walk the length of the seafront in 20 minutes.

Luis was very knowledgeable and filled us in on the history and culture of everywhere we went. The only thing I would have changed was the timings of the stops on the mountain and in Machico. All in all this was a great trip.

Great tour and we got to visit some...

Great tour and we got to visit some other sights as well. Tour conductor was very informed and spoke perfect English. Had a great time. 6 of us

This tour was a full van of 16 people speaking three different languages. The guide spoke all three languages but by doing so it was very hard to understand your own language. The tour consisted of driving all around the island but had very little depth but rather quick points of interest. The lunch was the best part of the day. The tour ended with 40 minutes at our last location which was way too long at the beach. I would not recommend this tour.

A lot of time spent in a mini van with little to no A/C
I wouldn't recommend this tour..
the restaurant we were taken to was also mediocre

Dirty van with non working air conditioning . Drive had no mic and spoke only to those in the front seat. No one else could hear. Pretty sites, but find another vendor.

Everything seemed very well organized unfortunately when I went I had horrible weather but that was out of our control.

This was our first tour on the...

This was our first tour on the island so it was just mouth dropping to us. There is so much beauty on this part of the island. We had a perfect weather day so we drove right to the 1813 meter height and got to see the land below. We had 12 on our trip. Had a fabulous 3 course meal in a cave. We could have spent less time on our first stop so we werent so rushed to see the rest of the tour.

The tour was as described. The...

The tour was as described. The itinerary was adhered to, although the minibus was a bit late for the pickup.Our guide, Joe was knowledgeable.Some of the sights were more interesting than others, but we didn't stop anywhere for too long.The drive through the valleys was fascinating, and the views were amazing.Lunch was tasty and substantial.I would have liked the walk to be longer. This tour is a good taster of what this side of the island has to offer. I would recommend it to others and I would use this company again.