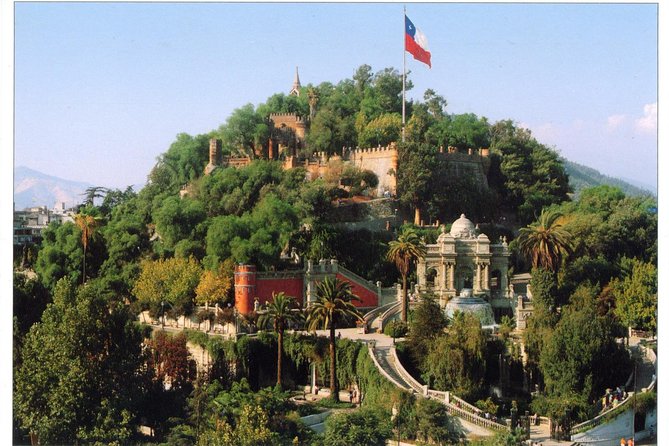 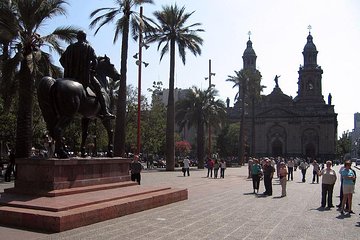 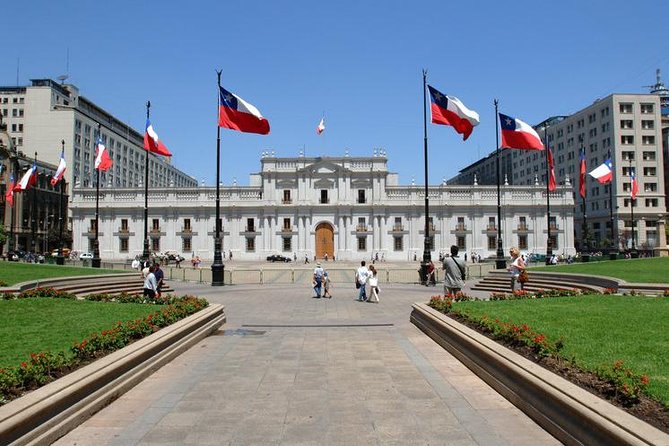 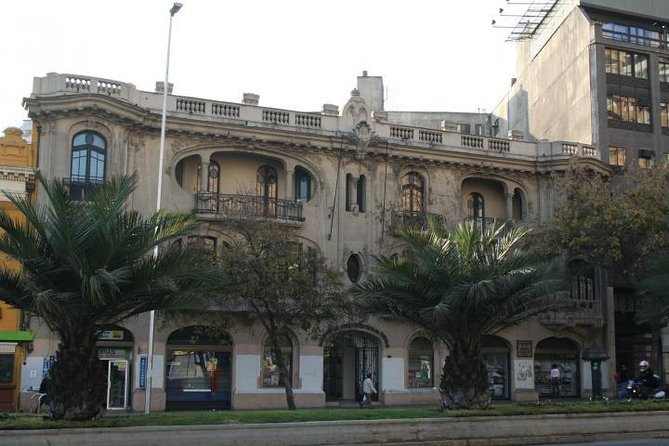 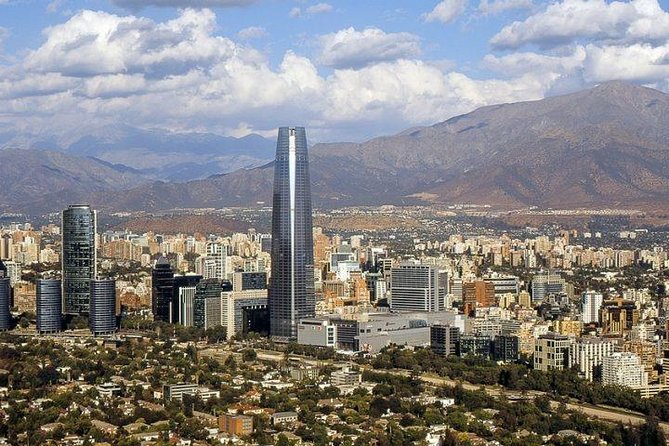 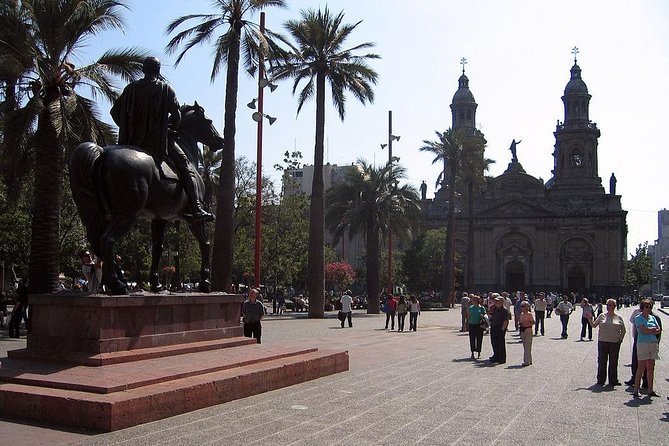 Harold_I
Half Day Trip to Santa Rita Vineyard from Santiago - Wine Tasting Included | mar 2020
We had a very nice drive out to the Santa Rita Vineyard and a good tour with the guide at the winery. I would have rated this 5 stars except for the fact that our driver spoke absolutely no English. This is certainly no reflection him or his driving but I would think that this tour organization could make an effort to provide, at least, basic English capability for English speaking customers. We did a second Winery tour the next day and the driver spoke both English and Spanish to a mixed group of three couple and it make all the difference in the world as we got some commentary on the city and the countryside we were passing.
… Leer más

Harold_I
Half Day Trip to Undurraga Vineyard from Santiago - Wine Tasting Included | mar 2020
We really enjoyed this half day trip on Saturday morning only to find that our 15 day cruise that was supposed to the next day was cancelled as of Saturday afternoon. As a result, we had to leave the two bottles of wine we purchased at Undurraga on the hotel bed for housekeeping as we departed that evening for the USA. Our driver to the Winery conducted some narration in both English and Spanish so that was great. Our tour at the the Winery found us as the only two English speakers so we had a two person personal tour by a very fine guide. I would recommend the tour.
… Leer más

Eduardo_A
Private Transfer from Santiago Airport to Valparaíso,Viña del Mar or San Antonio | mar 2020
Driver and car were ready, on time, car was very comfortable and clean, the driver was highly skilled (the roads between Santiago and San Antonio, Chile are not easy to drive), he was also very courteous. Definitely an excellent service.
… Leer más

Lito_K
Half Day Trip to Casas del Bosque Vineyard from Santiago - Wine Tasting Included | feb 2020
Great tour and would definitely recommend lunch at the Casa Mirador if you visit in the weekend! Absolutely amazing! Our driver was very polite and easygoing and the care very comfortable!
… Leer más

George_G
Private Transportation from Port of Valparaíso or San Antonio to Santiago | feb 2020
In Buenos Aires our pre-paid, thrice confirmed wheelchair accessible taxi did not show up because the local company did not have a wheelchair accessible vehicle. We received an email from Viator Customer Care telling us our reservation had been cancelled (no reason) and we would receive a refund (We are still waiting for the refund). We emailed Viator requesting confirmation for our wheelchair accessible transport from San Antonio cruise port to Santiago Airport in Chile. Viator emailed us that everything was okay. Suspecting it was not okay, we telephoned TAC TURISMO, the Chile supplier to confirm our reservation. TAC TRISMO told us on the phone that they did not have a wheelchair accessible vehicle and could not pick us up in San Antonio with one. We used a Spanish speaking guest services person to confirm this information, and cancelled the reservation. Viator uses unreliable providers and failed to provide either of the two pre-paid services we booked -- leaving us stranded in 2 different foreign countries.. I rate Viator as Zero -- I will not use Viator again. George Gentry -- Long Beach, California
… Leer más

Jamest9119
Half Day Trip to Undurraga Vineyard from Santiago - Wine Tasting Included | feb 2020
Trip was wonderful. The winery was very nice great tour,the guide Wes excellent, our only problem was our driver. We were told we would have a English speaking driver and we had a driver who only spoke very little English but a very nice and good driver. Lucky for us we had a other passenger who spoke English and Spanish so it was ok
… Leer más

They never showed up. When we called the local operator they indicated that ccx we had cancelled the ride. I expect a fu

gnich45
Private Transportation from Port of Valparaíso or San Antonio to Santiago | feb 2020
They never showed up. When we called the local operator they said we cancelled even when given our viator confirmation number. We took a cab .
… Leer más

vicky4491
Full Day Guided Trip to Valparaíso & Viña del Mar from Santiago - Multi Language | ene 2020
Juan was on time. The tour was very good. We had win r tasting on the way. Got lost in Valparaiso, but they found me. The restaurant selecte3 was very good
… Leer más

kingkongchan
Full Day Guided Trip to Valparaíso & Viña del Mar from Santiago - Multi Language | ene 2020
It was a decent tour except that I expected a bit more sightseeing in Valparaiso. The tour covered only one general area and I was a bit disappointed that I didn't see the more colorful houses in other areas. Part of the reason for the shortcoming is that there are multiple parties from different hotels and it took a bit more time to pick everyone up. One of the group (family of 3 chain smokers) did not follow the group and got lost. We wound up wasted valuable time to find them. Vina del Mar was a nice place to visit, nice beach with lots of visitors.
… Leer más

Trip to Valparaiso and Vina

Judy O
Full Day Guided Trip to Valparaíso & Viña del Mar from Santiago - Multi Language | ene 2020
VERY NICE TOUR, the winery was not that great with only one tasting. It was a great tour of Valparaiso was very good and the guide took us to many place that were interesting.
… Leer más

lindastribling
Half Day Trip to Cousiño Macul Vineyard from Santiago - Wine Tasting Included | ene 2020
One of the most educated winery tours we have been on. The tour guide was very knowledgeable. This tour is small and quaint. Upgrade to the premium package.
… Leer más

Warning!! Do not take this tour or use TAC Turismo!!

358aileens
Private Full Day Guided Trip to Colchagua Valley - Visit to 2 Vineyards & Museum | ene 2020
I have taken many Viators in the past throughout the world and this is the first one I have ever been disappointed by. I am even more disappointed by Viator's response. The van used to pick us up for the tour was old, dirty and the doors were broken and could only be opened from the outside. The driver spoke no English and neither the driver nor the guide know anything about the wineries or wine at all. The guide confessed that he didn't even really like wine. The driver and guide were unfamiliar with the wineries and their locations so we got lost. They took us to Santa Cruise which was supposed to be for lunch and to see the Museum. The Santa Cruise hotel we were told to eat at didn't serve lunch for one hour after we arrived so there was nothing for us to do. When we attempted to go to the Museum on our own after lunch because we couldn't find our guide and driver who were busy eating lunch on their own elsewhere, we were told that the Museum was not included in the tour which is the opposite of what it says on Viator. When we found our guide he said it was not included and at that point it was too late to visit the Museum because we would have been late for our next winery. FYI, there is nothing to do in Santa Cruise and no reason to be there except for the Museum so they wasted 3 hours for no reason. When I challenged this afterward, the tour company, TAC Turismo finally acknowledged that the museum was supposed to be included and only offered to refund $18 for the admission. The driver and guide got lost on their way to the 2nd winery even though I told them they had missed it and started driving up the side of a mountain with no real road almost getting us all killed. The guide and driver clearly never did this tour before, were unfamiliar with where they were going and were not at all helpful. When we arrived at the wineries (which were the highlight and very nice) we were given no information from the guide as to what was included and what options we had. I had to seek them out and pay extra for the tastings we wanted. The tour cost over $500 for 2 people, didn't include lunch, didn't give us museum access after wasting 3 hours in Santa Cruise which was the only reason to be there, gave us no options for lunch other than a hotel in Santa Cruise where obviously the tour is getting some kind of kickback. I would never use TAC Turismo and highly recommend against it.
… Leer más

dmrzyglocki
Full Day Guided Trip to Valparaíso & Viña del Mar from Santiago - Multi Language | dic 2019
This was a great day getting to see and walk in Valparaiso, vina Del Mar, renaca. The tour wasn’t rushed, the guide was very good as was the driver. The restaurant chosen for lunch was well priced and had excellent seafood while having a beachfront view. You cannot get a better value than this!
… Leer más

Tour to know Valparaiso and Viña Del , Chile. Was interesting . The guide woman and the driver were very nice. Very