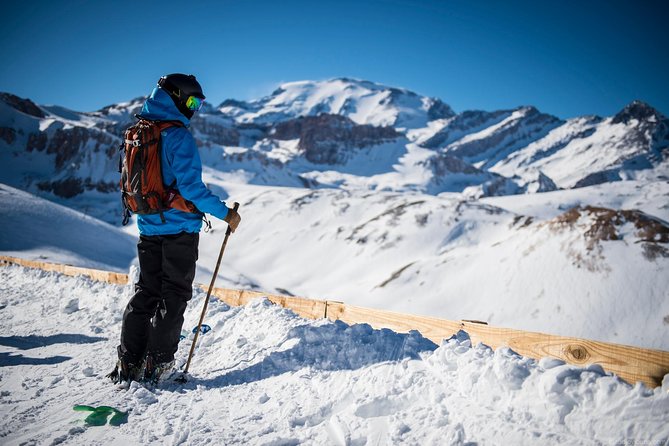 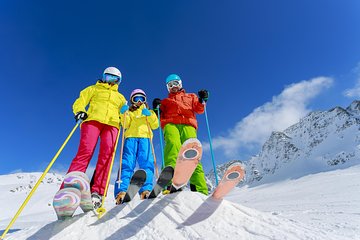 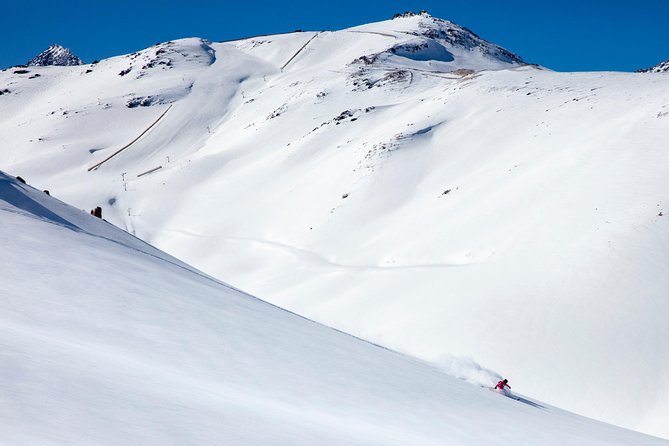 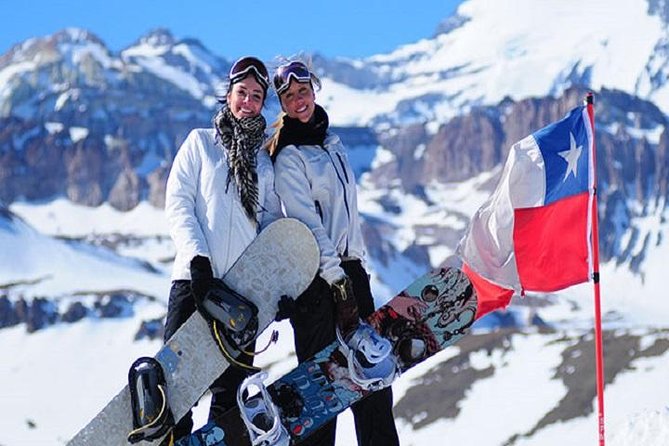 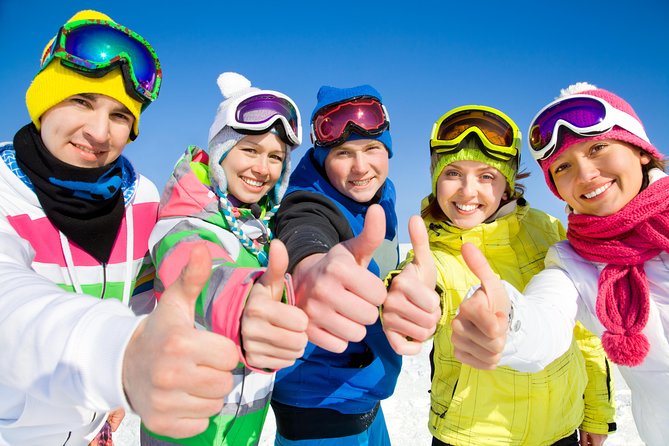 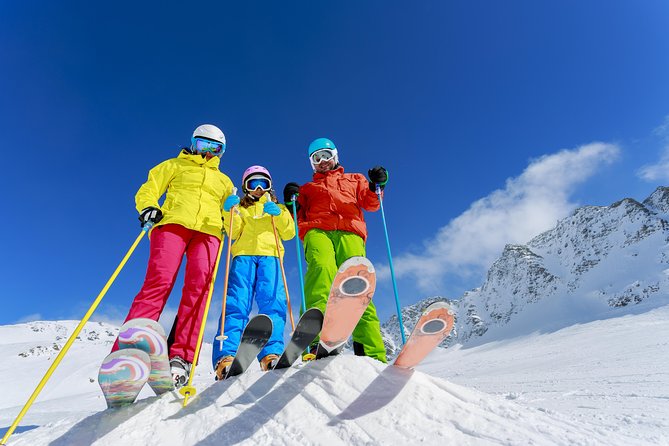 Elizabeth_P
Santiago icons: Baháí House + Cousiño Macul Vineyard | mar 2020
The winery tour with 4 samples and fondue bread bowl at the end was great. The only thing that we did not do, was get to walk thru the vineyards. The Bahai House - Temple was beautiful and serene. I just wish that the prayer book that they hand out had an English translation. The tour company, Turistik, was great. Our tour guide, Daniel, and driver, Mario, were excellent. Daniel went back and forth, English and Portuguese, flawlessly. Mario navigated the dense traffic like a maestro. I would definitely go on another tour with them.
… Leer más

Santiago Hop On to Hell

Paul_E
Viña del Mar And Valparaiso Day Trip from Santiago | mar 2020
Daniel was an excellent guide good balance of knowledge and personal insights. Mario did a great job as coach driver. We have travelled extensively and this was one of the best day trips we have been on.
… Leer más

Reg
Santiago icons: Baháí House + Cousiño Macul Vineyard | feb 2020
An unexpected treat. Valentina, thé guide was very respectful of both the Spanish and English people on the tour. Winery part was excellent and very informative. No push to simply buy the wine. Very interesting. The Baha’i house was a very nice quiet retreat to the end of the day. Peaceful and thought provoking. Would definitely recommend.
… Leer más

We booked the tour since they have been great in other cities. Not so, in Santiago.

Anne_H
Hop On Hop Off Classic Spring Edition | feb 2020
The audio portion is difficult to understand due to bus and travel noise and the announcer's accent. It would be helpful to tell folks the ticket pick up point in the Costanera Center is on the 5th floor. Furthermore the bus stops are not marked on the street.
… Leer más

golfer9321
Viña del Mar And Valparaiso Day Trip from Santiago | feb 2020
Tour guide George was great. Talked in Spanish and English. Only 40 minutes on the beach, was very little time. Valparaiso is kind a gritty, grimy, slummy and dodgy. Maybe a little artsy. No bathroom on the bus. Even the public buses that go from Santiago to Valparaiso have bathrooms. I would have spent more time in Vini Delmar.
… Leer más

marisangreg
Santa Rita Winery Half-Day Tour from Santiago | feb 2020
One of the best winery tours we have done.... anywhere. Great guide, interesting history and background to the winery as well as touring the buildings and of course tasting several great wines.
… Leer más

Z8099YYdanield
Viña del Mar And Valparaiso Day Trip from Santiago | ene 2020
Ashley the tour guide was wonderful. She switched between three languages seamlessly repeating the information on each site. Pablo our driver drove very well despite a slipping clutch! Valparaiso was not what I expected as the city is so built up since those paintings and pictures of multicolored streets. However Ashley took us on a great walk where we could see several colorful houses and also many fabulous murals. Vina del Mar was just another seaside beach town of condos and shops. I would have preferred going to a museum in Valparaiso. The winery stop enroute was very nice. Thanks Ashley and Pablo!
… Leer más

The food was better than the show.

886amandax
Chilean Dinner and Show Experience in Santiago | ene 2020
It would be better if I understand Spanish, as the host at the show spoke Spanish only. So it might be a bit boring for audience who couldn't understand Spanish. And the description of "service provided in English and Spanish" is a misleading. Very nice restaurant and delicious local food. But the show was average (could be caused by the language barrier as well).
… Leer más

dee b
Santiago Hop-On Hop-Off Tour | dic 2019
Many key historical sites were totally missed either with poor sound headphones, lack of speaking clearly..... noisy loud acceleration of busses, no real thought of what tourist want to see and no electronic notice of what stop we were on...yet electronic name of the company and TEMPERATURE were in full site. Both Malrco and the other young lady tried to help with where we were... I myself tired to follow the route info...but the names of the stops and sites really did not coordinate at ALL... really !!!!! We missed the Presidential Home, I know for us finding a place to get arm bands was difficult... we just kept asking some of the big hotels downtown.... Would have been great to know more about the different areas... since Santiago is .... likened to New York City... theater district , if it was said... who could have understood with the lousy sound system......
… Leer más

birteayer
Santiago Hop-On Hop-Off Tour | dic 2019
Because of political reasons the stops were not as the map, understandable they tried to avoid trouble spots. However we thought we might have gotten earphones to understand a bit of what we saw , not so. We had no idea. So pretty disappointing
… Leer más

Seaside30300955082
EXCLUSIVE!! Maipo Valley and Santa Rita Wine Tour by Bicycle with Tastings | nov 2019
I would not recommend this tour to anyone. First of all, the communication is absolutely terrible. After booking, I received zero information. I used all the options I could find for the company and finally got some contact the (late) afternoon the day before the tour. It had been unclear whether or not we would be on the hotel pick-up route or meet at the 'pick-up point'. They finally confirmed we would be picked up. Then they were 30 mins late to pick us up and, again, I had to call them to get any kind of update. After they picked us up, we drove for about 5 minutes to the 'pick-up point' where everyone dispersed onto different buses. If we had known exactly where the 'pick-up point' was, we could have just walked there but the information provided was so vague we had no idea where it was or that it was so darn close. If the company improved their communication even slightly, it would help. Now, on to the actual tour, it was so bad I won't even go into all the details. Here is the summary: do not expect any kind of real bike ride. It was an extremely short distance. We also stopped every two minutes. We had two tour guides and had a group of two different language speakers. It would have been great if they had split the group at the stops and each guide delivered the info to one group in their language. However, they kept us all together and then did the same presentation twice--one language after the other. You can imagine how much longer this made the day go with half of the time being rather boring. They also make it seem like you get a wine tasting at a few places which is not the case. You get no wine during the drawn-out, short-distance bike ride and then get 3 tastings at the winery where the tour started. This may not have been too bad if the wine at the one place you get any wasn't terrible. I couldn't even drink some of it, it was so bad. Lastly, there was no time to explore anything on your own (not that there was much else to see besides the gift shop) and then got back on the bus. All-in-all, a total waste of time and money. We used a different tour company for each excursion during our trip and Turistik Chile was the worst.
… Leer más

TravUllah
Viña del Mar And Valparaiso Day Trip from Santiago | nov 2019
Really well organised at the start of the day and throughout. Daniel, the guide, and Claudio, the driver were excellent. The trip was very interesting, and included a stop at a winery. Valparaiso is a must see. Viña del mar is a nice seaside town. Great day.
… Leer más

What a beautiful evening!

Irina C
Chilean Dinner and Show Experience in Santiago | nov 2019
A perfect night in the beginning of my trip in Chile. All was perfect, the transport from/back the hotel, the food and the show.
… Leer más

Not Much Of A Ride