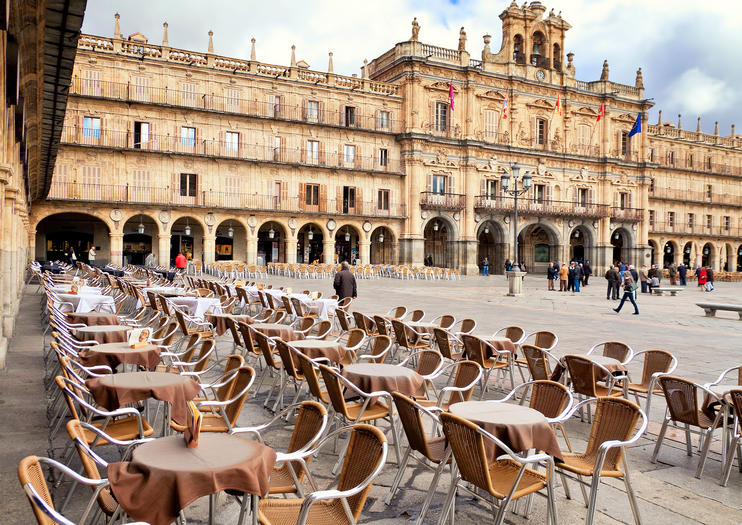 Salamanca’s Plaza Mayor is the Spanish Main Square that your dreams are made of. Home to the city’s commanding City Hall building — and once the site of bullfights until as late as 1992 — the plaza is widely considered the most beautiful square in Spain. Beautiful because of its dramatic Baroque style, its 247 balconies, and its 88 arches behind which hide all sorts of restaurants and shops.
Indeed, this is where you’ll want to go to bask in your Salamanca surroundings by sitting al fresco (when weather permits) to enjoy tapas while savoring views of the 18th-century square and its emblematic sandstone buildings. From here, you’ll also have easy access to other city sights, as it’s just a short jaunt from stops such as the Salamanca Cathedral, Casa de las Conchas, and the University of Salamanca. Meanwhile, those looking for a good selection of shops need only head down Calle del Toro, a street just off the northeastern corner of the plaza.
Dirección: Plaza Mayor, Salamanca, Castile and Leon 37008, España
Seguir leyendoMostrar menos