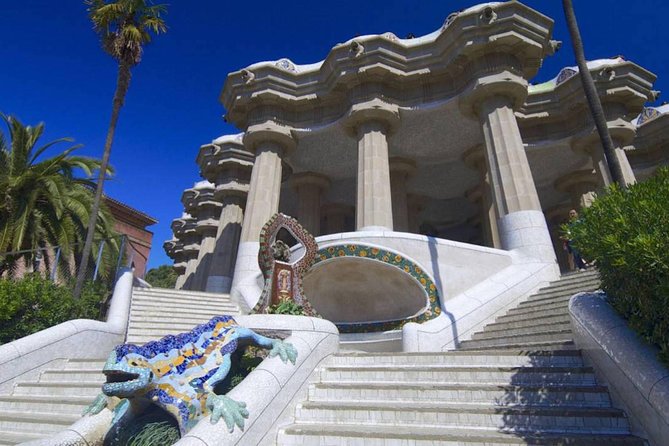 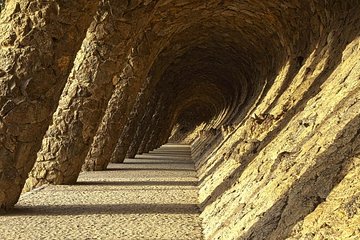 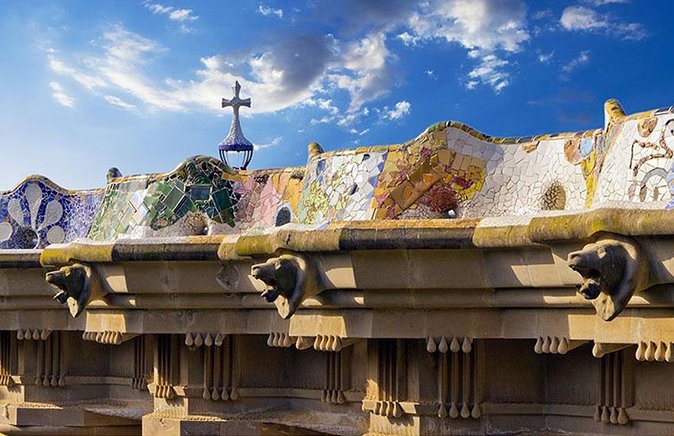 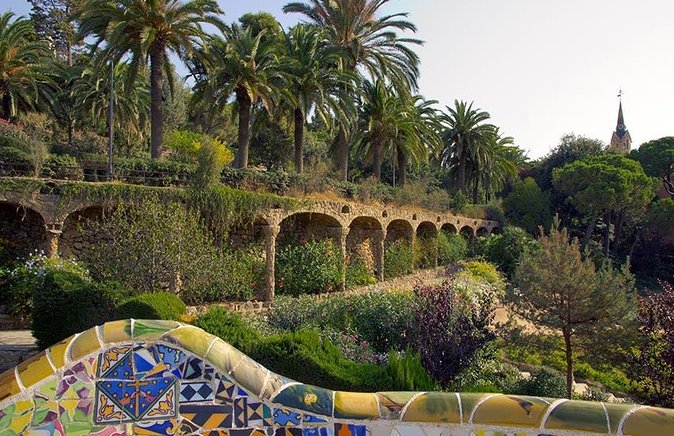 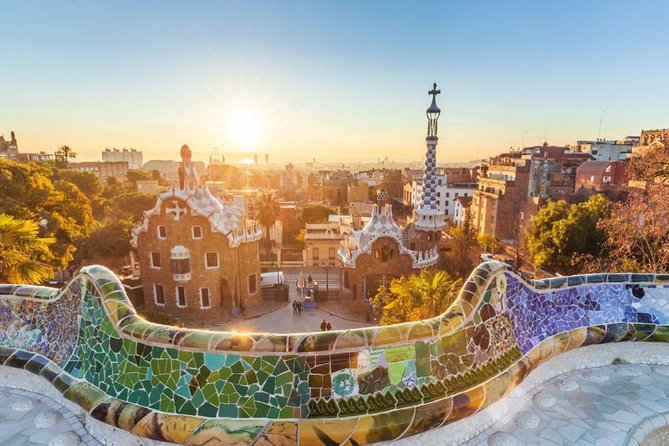 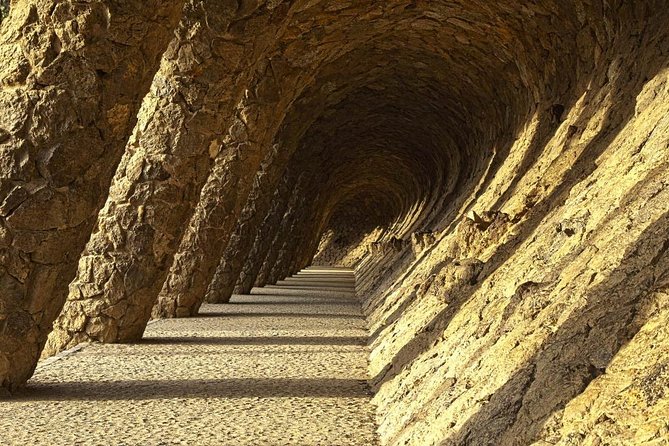 Carol_B
Skip the Line: Park Guell Admission Ticket | mar 2020
Waiting for a response to my request for a refund for visits booked with Viator. I have not received a reply to date although now being asked for comments on a visits which did not take place. I was due to visit Barcelona on Monday 16 March and the whole of Spain had gone into lockdown prior to this date therefore this service was cancelled. I look forward to hearing from Viator.
… Leer más

gw2020
Park Güell Guided Tour | mar 2020
We were very lucky to have our guide. She was very informative and shred some much insight. Great tour and we would recommend it.
… Leer más

Tony_S
Skip the Line: Park Guell Admission Ticket | mar 2020
I purchased 2 skip the line tickets for park Guell in Barcelona, when I got to the park I showed my tickets to the attendant, the attendant scanned the tickets but said they was not valid and denied us access, I tried contacting Viator at the time but had no luck, when I got home I called Viator, the operator had a problem understanding my issue due to a language barrier, eventually the operator said they would raise my issue with a senior team, within an hour I had an email saying my refund request has been denied and attached to the email was a picture of the tickets I purchased, I know what I purchased that wasn’t my issue, my issue was the fact I was denied access, I told Viator to check and they would see that the ticket had not been redeemed, they were not interested, terrible customer service, do yourself a favour and use a different company, I will never use Viator again nor would I recommend them to anyone, I also used Travel Republic and Get your guide to purchase tickets and had no problems with either of these companies.
… Leer más

pcburton1
Skip the Line: Park Guell Admission Ticket | feb 2020
Wonderful park. A very long walk from the bottom of las Ramblas but well worth it. You see so much more walking than taxi, subway or bus. Quirky, scenic, value for money. Fantastic part of our stay in Barcelona
… Leer más

Do not book this tour. It does not exist!

gabrielle
Skip the Line: Park Guell Admission Ticket | feb 2020
I turned up with my information to the address where I was meant to redeem my ticket. The office has been closed for months. There was no way to get into the park. I only booked the tour a few days earlier so there was no reason that Viator took the booking. We were extremely upset. I had no option but to queue for an hour to get a ticket to get into the park. Also when I contacted Viator it took more than 45 minutes and much arguing to get them to reluctantly agree to repay my ticket. I would not be confident to book with Viator again.
… Leer más

naomivineyard
Skip the Line: Park Guell Admission Ticket | feb 2020
Park Guell was great, but Viator didn’t give me my ticket until the night before we booked tickets and we bought tickets for 10am and when we received the tickets they were for 11am. Sent them an email about it and got no response. I would highly recommend buying from another website or from the real Park Güell website.
… Leer más

A waste of time ,money and energy

marlenezwerin
Skip the Line: Park Guell Admission Ticket | ene 2020
I give this a 0. Tour operator did not send tickets before we left the United States, as requested. In Barcelona it rained on the day of the entry so Park Guell was closed all day. We could not use our tickets (3). Now the operator refuses to refund the money, even though the Park said the operator would get a refund. Viator customer service would not help us with this situation. WARNING: NEVER BOOK THIS! A tour the next day was cancelled due to weather. We had booked this through Orbitz. Orbitz is refunding our money. I will only use them, never Viator!
… Leer más

GoGo814
Skip the Line: Park Guell Admission Ticket | ene 2020
The park is very hilly and quite a long walk to get there from the metro. We were sent tickets for a week after our visit. We were hoping to get it straightened out when we got to the park but we were only told that the day was sold out. Lost $68 on this deal and didn't get to see the park. Not purchasing from this group again.
… Leer más

Mike_L1959123
Skip the Line: Park Guell Admission Ticket | nov 2019
Poor in-park markings/directions, no sense of flow in order to see everything. Farthest drive from downtown, We left after 45 minutes. Did not help that you closed your office nearby that we could have stopped by to ask questions prior to entry.
… Leer más

Very frustrating experience. I got there less than 15 min late and they didn't give me my ticket.

kgomesd
Skip the Line: Park Guell Admission Ticket | nov 2019
It was a very frustrating experience. I got there less than 15 min late and they didn't give me my ticket. There were 2 girls and they were so close minded. It was not a guided tour, so I never understood why they would not give me my ticket. All other places give 15 min., or they give a range of time of admission e.g. 1.30pm-2pm. There were two other people in the same situation as me, but for them it was even worse as they were from Spain and the people from Viator didnt even speak spanish and these people didnt speak much english, how can you have people working that do not speak the local language? it was the most ridiculous thing. I was so upset and frustrated! it was not like I was 30 min or an hour late! It was like 14 min late... They did reimburse my money, but that was not the point, I really wanted to visit the park and I was not able to. Talking to those girls in the office was like talking to a wall. They just said, "sorry, you were late. There is nothing I can do" I asked to talk to the manager and one of them was the manager. If you use this agency, make sure you get 30 min. early
… Leer más

jandavejohnson
Skip the Line: Park Guell Admission Ticket | nov 2019
The third party agency where we went to pick up our tickets was gone. We bought tickets through Viator same day as our visit Nov 8 2019 but address we were instructed to go to was out of business
… Leer más

TonyEVM
Skip the Line: Park Guell Admission Ticket | nov 2019
I am unable to rate this attraction because we were unable to pick up the tickets from the tour operator Visit Today. Went to the address on the Viator provided voucher and there was no one there to give me the entrance tickets. I was told at the listed location that there had not been anyone there for two months.
… Leer más

So disappointed in this companies customer service

Curious99540
Park Güell Guided Tour | oct 2019
We arrived at the meeting spot 25 mins prior to meeting time. The address supplied had a For Sale sign in front of it. There was no tour office or any sign of a tour guide! We tried to buy tickets at Park Guell but they were sold out for that day. Upon returning home I reached out to Viator to get a refund..... we were denied this request due to the fact that the guide had tried to contact us to say the tour was delayed. We did not receive this message. Very poor customer service. on Viator's part! Will not use again!
… Leer más