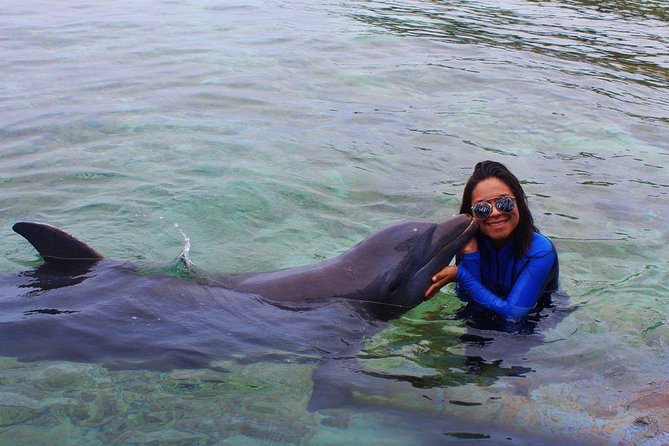 umanoch
Isla Baru Playa Tranquila | feb 2020
Well so far so good! But to be honest it was too short! Good beach great food! Be careful because too much scams in Playa Blanca
… Leer más

By far the worst tour ever - avoid at all cost

629aliceh
Luminous Plankton Tour In Baru Island | ene 2020
I cannot even begin to describe how awful this tour was. This tour is operated by the agency 'Opitours' in Cartagena. Please avoid at ALL COST I don't even know where to begin. First of all, the tour is in SPANISH ONLY, not in English. I signed up with a group up friends and we all thought it was going to be in English. Luckily I speak some Spanish, otherwise we would have NO idea what the itinerary was. The guide made NO effort to explain anything in English and i had to act as a translator for my group as well as another girl who did not speak Spanish. Second, when we got to the beach to go to Playa Blanca, they said the waves were too strong so we had to walk 20 minutes to the beach instead of take the boat. Okay, understandable, but the beaches were incredibly short and the waves were hitting us non-stop as we walked and rocks from the ocean tore up my legs and bruised up other people's legs. The guide didn't care. When we got to the 'beach', which was the restaurant for lunch, we were asked to stay there, because the waves were 'too dangerous'. There was barely anywhere to sit, and flies everywhere. The guide asked us to pay 40,000 pesos to get an umbrella for the beach.. but there was literally no reason for it being stuck at the restaurant, as the chairs were set up under the roof. So i went to the tour guide to ask for the money back and i was told that the "ROOF HAS A PRICE" and he refused to give me the money back. The 'beach' at the restaurant was impossible to swim in as it was full of rocks. And wherever we sat, water came up. Lunch was good, but we were eating with water rushing up to our calves. After lunch, i heard from another guy (NOT from the tour) that there is a back pathway to walk farther down to a better area. I went with my group and we found a private ACTUAL beach where there was SAND and enough dry space to even sit without being hit by waves every 5 seconds. The 6 of us paid another 30,000 for 6 chairs and umbrella, but this was the most enjoyable part of the tour. and we had to find it on our own. Everybody else was stuck at the restaurant. On the way back, the waves had calmed, but we were still told to walk, and no boat was going to bring us back to the bus to take us to the plankton tour. So as we were walking, the tour guide told us the plankton tour was canceled because of the waves. Ok, i understand... but you know what the tour guide wanted to refund us (for our $40 USD tour)? 30,000 pesos.. $10.
… Leer más