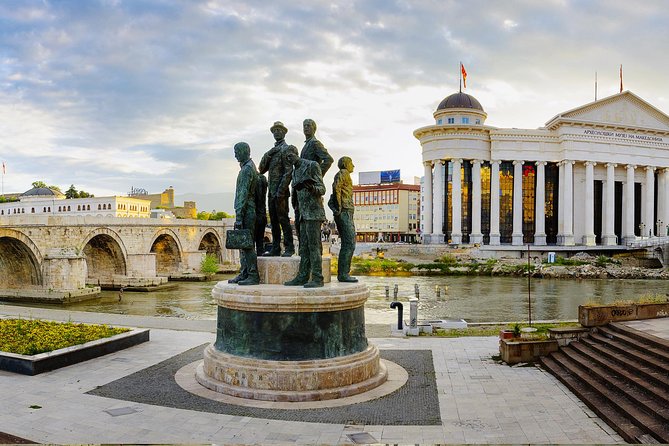 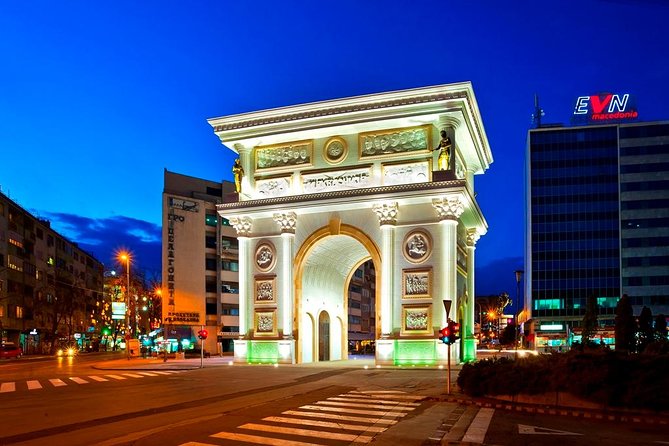 Marios_K
The affordable Sofia Walking Tour | mar 2020
The tour was really great overall. My guide was super friendly, knew his stuff, and made the tour a nice experience to get a quick intro into the history, culture, and structure of Sofia. He was very passionate about it and clearly enjoyed it, making the experience really great for me too. Would definitely recommend to anyone who wants a nice and flexible tour of Sofia.
… Leer más

Rose_K
Cape Kaliakra & the Botanical Gardens of Balchik from Varna | mar 2020
Alex, our guide was very knowledgeable, personable & has a great sense of humor. Places we visited were explained clearly.
… Leer más

DianaAlejandra_R
Day Trip to Bulgaria from Bucharest | feb 2020
Excellent choice for a day tour. Our guide Nico very intelectual and it was great to share experiences with him
… Leer más

giulissalanda
Explore Sofia with double-decker bus | ene 2020
This bus tour should be used just to find out what you want to see in Sofia. The tour is only an hour long and they should definitely clean the windows of the bus.
… Leer más

A good start to Sofia

Maurice C
Explore Sofia with double-decker bus | ene 2020
The commentary on board was comprehensive and informative. Unfortunately the map provided was of poor quality so take your own map with you.
… Leer más

ShaiY20
Rila Mountains and The Seven Rila Lakes from Sofia | dic 2019
We enjoy the order it was easy and rilabele. Also we found the travel guide pataya excelent!!!!!!!!!
… Leer más

lorrimcc
Day Trip to Rila Monastery and Boyana Church from Sofia | nov 2019
Scheduled a tour with hotel pickup. I received an email the night before and I replied to confirm I was still going and highlighted my hotel. The following morning i receive an email and I confirmed again that I'll be attending the tour and mentioned my hotel. I get a response literally MINUTES before the scheduled pickup that I would not be getting picked up at my hotel. I would have to go to a central location within the city. I paid extra for a hotel pickup. I requested a full refund and I have not heard back from this company. I'm surprised I got this link to leave a review. It must be automated. I've been to a dozen countries all over the world and this has been the worst experience! I'll never use this company again. They basically stole my money through deceptive advertising. I wish I could give a zero or negative star rating.
… Leer más

Exploration608294
One-way private transfer Varna airport to hotel or hotel to Varna airport | oct 2019
Fabulous! Totally recommended. It was an amazing service! I would totally book again. Driver was waiting for us and was a fantastic driver!
… Leer más

44kjb
The affordable Sofia Walking Tour | oct 2019
We had a wonderful tour with Jordan. He was totally knowledgeable about Sofia. And what a lovely city, a city tour is necessary to see all the good things.
… Leer más

Nice tour with an excellent guide

Pedro A
Rila Mountains and The Seven Rila Lakes from Sofia | sep 2019
Rila Mountains are a beautiful place. Our guide Petia provided an excellent service, from pick-up to drop-off.
… Leer más

theewings2019
Self-guided tour in Varna Archaeological Museum + ticket | sep 2019
We had tickets for September 6 which was Bulgarian National Holiday and all museums were closed for 3 days so did not get to enter the Museum. Please refund our ticket price.
… Leer más

GrandTour02346366116
4-hour Boat Trip with Fishing, Lunch and Unlimited Drinks in Nessebar | ago 2019
terrible experience. they changed us from the afternoon to morning trip without properly notifying us, thy claimed to have tried to phone me but i got no missed call so we had a wasted trip. Then the next day they put us on the morning trip to make up for it but that wasn;t actually a fishing trip, not fishing was offered. we had instead been joined with another trip. I booked the trip to fish so was not pleased
… Leer más

Kristian is the best!

jamesbZ7471PO
The Ultimate Varna Walking, Culture and Wine Tasting Tour | may 2019
Kristian was our guide and everything a guide should be. very informative, knowledgealble, and shared so many details that made Varna come alive for us. Pacing was perfect. He's one of the best and we've done many Viator tours. Thank you so much!
… Leer más

The tour supplier at last moment...

The tour supplier at last moment unilaterally changed terms of our initial agreement. Original agreement including our voucher indicated hotel pickup would be provided at 9AM on day of tour at central Sofia hotel, in our case the Arte - Dondukov. Hotel information was provided and we reconfirmed our tour with supplier and Viator via email several days prior to scheduled tour date. On the day prior to the scheduled tour, supplier unexpectedly sent overnight e-mail unilaterally revising original tour terms including the tour start time. The modified voucher indicated NO HOTEL PICKUP as originally agreed and paid for would be provided. Additionally, the voucher CHANGED THE STARTING TIME OF THE BIKE TOUR from 9AM to 11AM. The voucher indicated we would need to FIND OUR OWN WAY AND TRANSPORTATION to a meeting point at a local city landmark for start of the tour. We discovered later our tour guide was providing FREE tours at the same time of our paid tour. Our original agreement suggested the groups would be small in size, but we were informed by the guide there was NO limit on how many individuals might be included in our city bike tour. We waited several minutes past the new starting time for others who might arrive. We were required to walk to a bike rental shop a few blocks away. In addition to additional expense and inconvenience incurred prior to the tour, the bicycle tour itself was NOT as originally described or implied by the supplier. The tour included sometimes steep, rocky and dangerous off-road hills designed for experienced riders and mountain bikes. Some hills were so steep that walking our bicycles uphill was required. Some bicycles were of inferior quality and in need of repair. In particular, the bicycle of one tour group member had what seemed to be a failing rear wheel bearing. Some bicycle seat posts were not fastened securely, inclined to drop or swivel. All this said, the guide was friendly and knowledgeable, but the tour not worth the price paid.