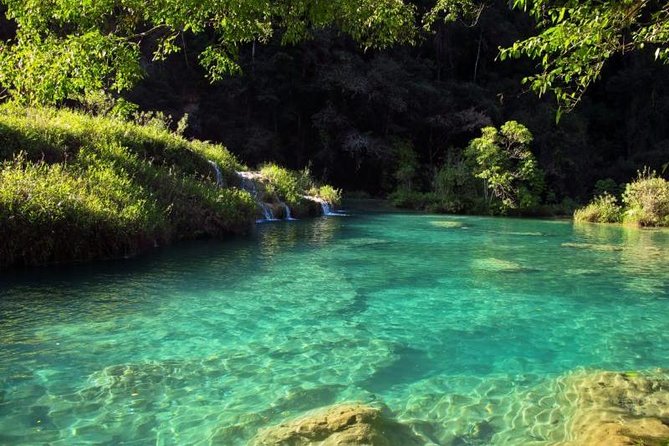 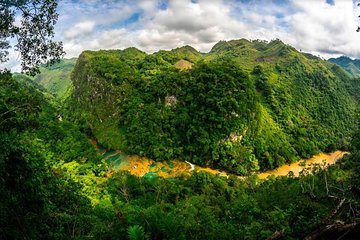 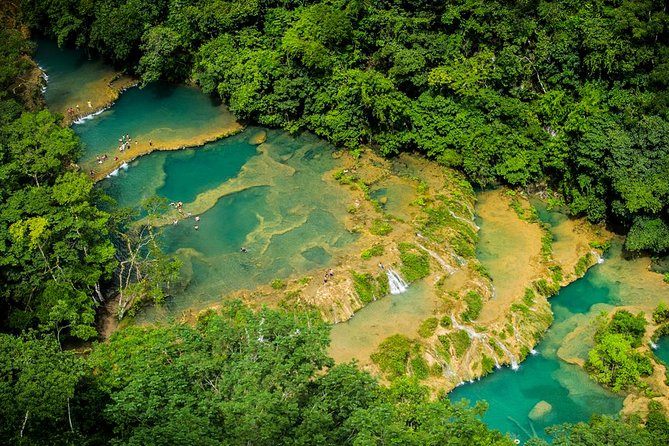 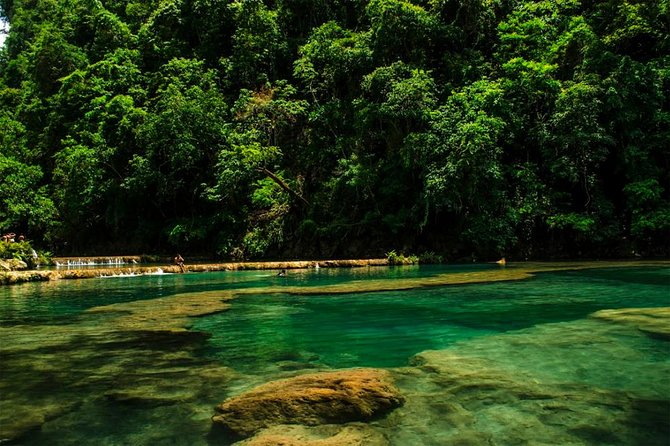 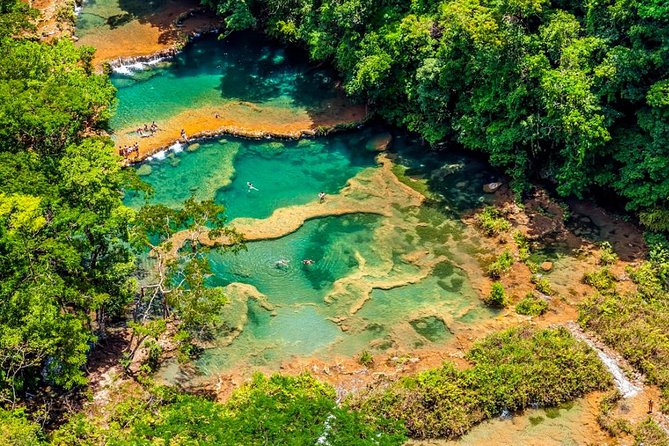 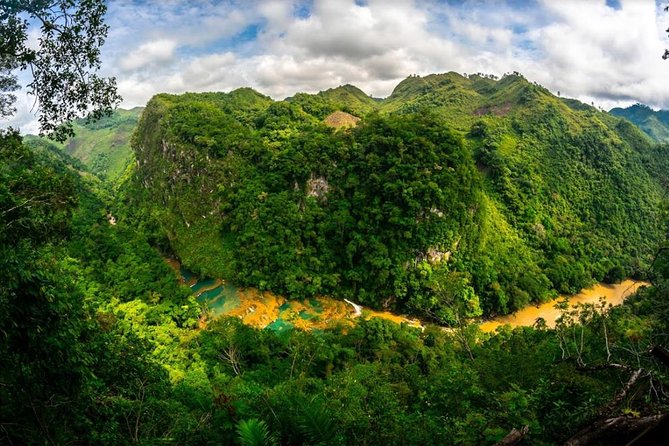 5,0
1 opinión
5 estrellas
4 estrellas
3 estrellas
2 estrellas
1 estrella
Opiniones de viajeros de Viator
Semuc is unforgettable
pmerlin550
, jul 2019
Such an amazing day in Semuc, from the 4x4 ride in, the hike, pools and cave. Loved the botique hotel in Coban
...MásMenos
Respuesta del propietario , sep 2019
Thank you for the review!, we are glad that you had an amazing Tour!.
...MásMenos

Such a delightful trip!

Oana-and-Putu
Bird Observation Tour | feb 2020
We went for birding tour at Tikal. Pablo our guide was so amazing, he told us details of all kind of birds , took us around the Tikal temple, very knowledgeable. At the end of trip, we were hungry and craving for ceviche, so he took us for the best ceviche in Flores Peten.
… Leer más

Juliana S
Day Trip to Tikal from Flores | sep 2019
This was an amazing day! Thanks to Cesar por all the accurate explanations and good talk. Tikal is awesome! The pick up and drop off was good. Little bit long due to the pick up process to other people, but that is normal in this type of tours.
… Leer más

The tour was great and our guide was...

The tour was great and our guide was very knowledgeable about the site and the culture of Tikal. It was a wonderful day trip highlighting the most important temples. Be ready to hike all day!

The sights are five-plus stars...

The sights are five-plus stars. Tikal is great, temples and pyramides everywhere. However there is a lot of people there but in Yaxha there is hardly any so even if a smaller sight it is great when you can walk along among the temples and piramides. A visit to these sights is a must if being in Guatemala.

The organisation around the trip was not good. Agency did not answer e-mail but when to airport and tried to check-in and I was included. The details of the tour changed so the program was different which lead to bad usage of time i.e. day 2 - which was supposed to be Day 1, ie vist ot Yaxha - there was a couple of hours to kill before the flight back which is difficult if being dropped of with luggage while Day 1 - the visit to Tikal which was suppose to be Day 2 - was fully backed and impossible to enjoy any afternoon which existed in the tour schedule. Furthermore you do not get the hotel mentioned on Viator and they claim you get a similar and it says so on the site but it do not. Organisation and the things around that including hotel is one-two stars.

The flight with TAG is ok however very old planes.

Due to the organisation and hotel I give the tour three stars while Tikal and Yaxha visits are five stars.

We had an amazing trip to Tikal...

We had an amazing trip to Tikal! Guide was knowledgeable and took us in different areas to provide various views of the ruins. He also knew a lot about the park wildlife and environment trees, birds, etc.. The bus driver also did a fantastic job and lunch was delicious. Only suggestions we would make are: 1 provide detail of how much walking there would be 3 miles and 2 provide clearer instructions about getting to TAG Airlines in Guatemala City. Our confirmation said Hangar 15 which we assumed was a separate area outside the international airport. We were dropped at the main airport door and found out TAG has a counter in the main airport. So we checked in after waiting in a long line of folks because there were actually 3-4 flights going to Flores at the same time. Then we were sent to the international gate security and departure area. After waiting in a long line there we found out there's a separate area for domestic departures.

Overall our family really enjoyed the day trip and the ruins were so impressive!

The sites we saw are amazing and the...

The sites we saw are amazing and the one good thing was the beautiful hotel across from Flores. But, the information given upon registration indicated a pick up at our hotel in Guatemala City which wasn't true. And when asked what time to arrive for the flight we were told the wrong information and couldn't get a seat. Once we did arrive much later our guide knew next to nothing. He did not speak English well and when we switched to Spanish it just seemed he didn't know anything about the sites except how to lead us walking through. We learned more from the signs and the driver on the way home than from the guide.

excellent!!!! the site is very interesting and the tour guide knows his job.

Great communication and set up, even...

Great communication and set up, even last minute. The trip included my round-trip airfare from Guatemala City to Flores where I was met by a Knowledgeable tour guide . Nice vans transported us to the park and they were very accommodating on stopping for pictures along the way.

The tour was great. Our contact person from Maya Tours was very helpful.