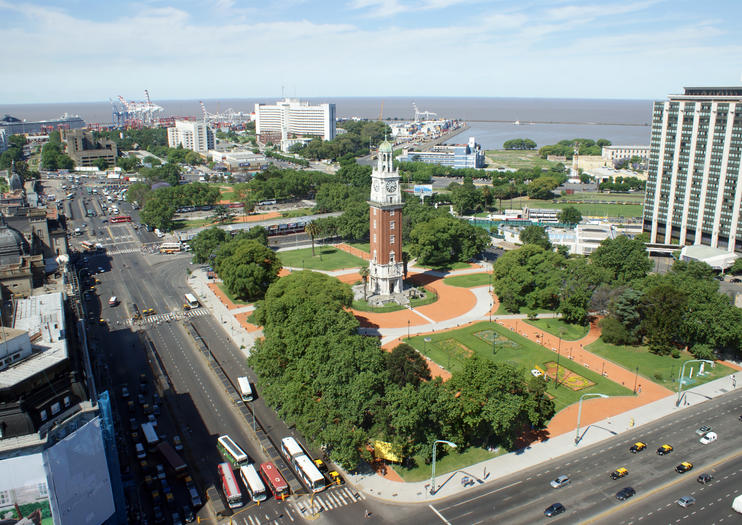 Meaning retreat in Spanish, the Retiro neighborhood was named after a Spanish governor’s country retreat built in the area during the late 17th century. Located in northeastern Buenos Aires, Retiro is a study in contrasts. The barrio got its start as one of the capital’s wealthiest neighborhoods, evidenced by the belle epoque embassies, five star hotels and high end retailers scattered throughout the neighborhood. On the other hand, Retiro is one of Argentina’s busiest transportation hubs with throngs of people always passing through, and is also home to the overcrowded and under-serviced neighborhood known as Villa 31.
A highlight of the neighborhood (and of the entire city of Buenos Aires) is Plaza San Martin. This park located opposite the Retiro train terminal is surrounded by some of the city’s most impressive architecture. Shoppers flock to Avenida Florida, a pedestrian street that runs from Plaza San Martin in Retiro to San Nicolas.
Dirección: Buenos Aires, Argentina
Seguir leyendoMostrar menos