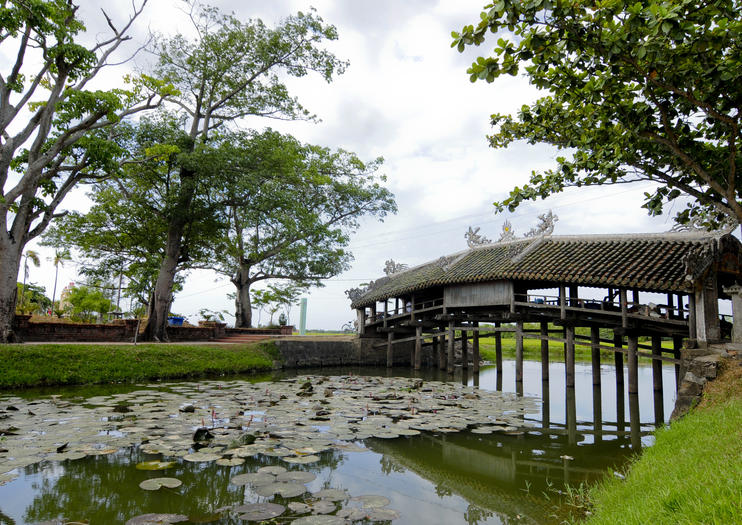 Thanh Toan Bridge spans a canal in the countryside village of Thuy Thanh, around seven kilometers east of Hue. It’s a small, covered bridge – the sister to Hoi An’s famous Japanese Covered Bridge (although some argue Hue’s is more distinct in many ways). The structure is both Japanese and Chinese in style and has a square-timber arch decorated with ancient ceramics, along with inscriptions in traditional Chinese script.
There is a story behind the origins of Thanh Toan Bridge: It is said to have been built during Emperor Le Hien Tong’s reign in the mid-18th century, with construction initiated by Tran Thi Dao, the wife of a high-ranking mandarin in the Emperor's court. Tran Thi Dao established the bridge to create smooth transportation and communication around the village, which was divided in two by the canal. Emperor Le Hien Tong recognized Thi Dao’s initiative and charity by exempting the village from imperial taxations.
Dirección: Thuy Thanh, Hue, Huong Thuy, Vietnam 536100, Vietnam
Seguir leyendoMostrar menos