How to Spend 3 Days in Athens 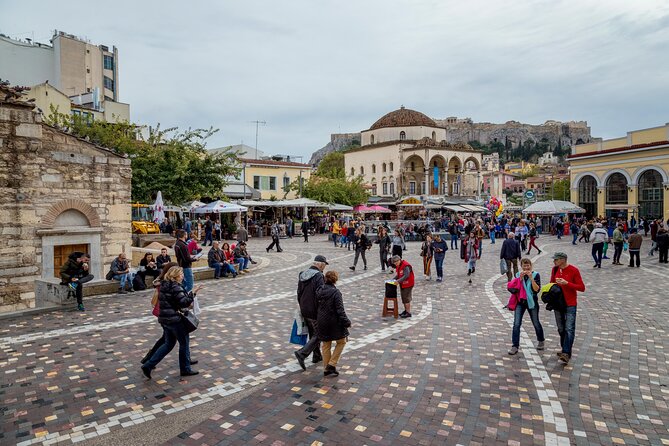 With three days in Athens, you have time to experience all of the historic city’s main draws, from its archaeological landmarks to its vibrant neighborhoods, and also venture into the surrounding countryside to visit hilltop monasteries, ancient ruins, and locations central to Greek mythology. Here are some top options for three days in Athens.

Kick off your time in Athens with a tour of its landmarks. Tour on foot or by Segway or electric bike and visit lively neighborhoods such as Plaka and Monastiraki and spots including Hadrian’s Arch, Panathenaic Stadium, and the National Gardens of Athens. Most tours include a trip to the top of the Acropolis, a UNESCO World Heritage Site, to see the Parthenon and take in views over Athens.

In the afternoon, spend time touring a few of the city’s museums. The collection at the Acropolis Museum focuses on the famous archaeological site, while the Museum of Cycladic Art on Vasilis Sofia showcases marble statuary dating back some 3,000 years. The world’s most comprehensive collection of Greek antiquities is on display at the National Archaeological Museum.

Now that you’ve explored Athens’s past, step into its present with a day spent savoring this modern Greek city. Wander through some of the city’s less-visited areas on a guided walking tour, and take in views of the Acropolis from Syntagma Square, the heart of Athens. Head to the upmarket neighborhood of Kolonaki for a coffee break with Greek socialites or head to the Athens Planetarium, among the world’s largest and most technologically advanced.

In the afternoon, dig into the modern culinary landscape. Get hands-on with a Greek cooking class, or join a food tour and treat yourself to bites at eateries popular among locals.

Some of Greece’s biggest destinations are within day-trip distance of the capital city. A self-guided, private, or group tour to the UNESCO-listed town of Delphi is among the most popular day trips from Athens. Tours here usually stop at ruins of the Temple of Apollo, Temple of Athena Pronaia, and the Delphi Archeological Museum.

Other options include a train ride through the Peloponnesian countryside to the cliff-top monasteries of Meteora or a group tour to see the Mycenae ruins and well-preserved Theater at Epidaurus in the Sanctuary of Asklepios. It’s also possible to take a half- or full-day tour of ancient Corinth and visit the Temple of Poseidon on the sea cliffs above Cape Sounion.