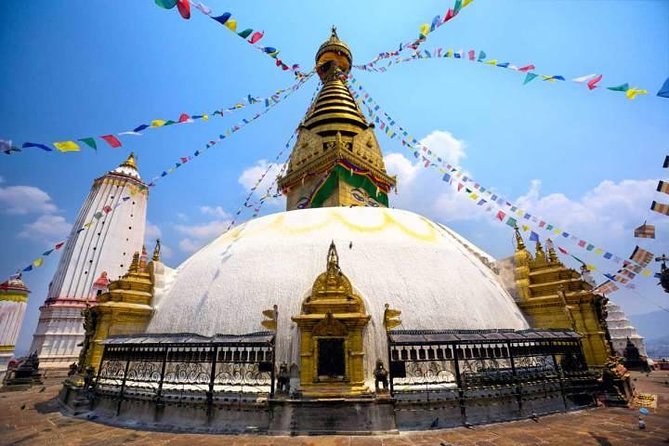 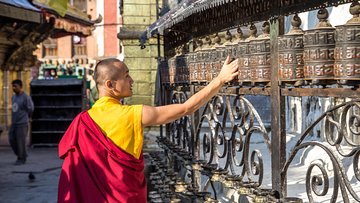 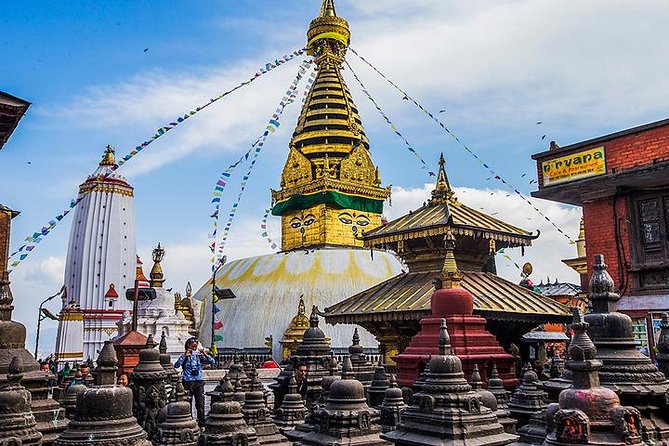 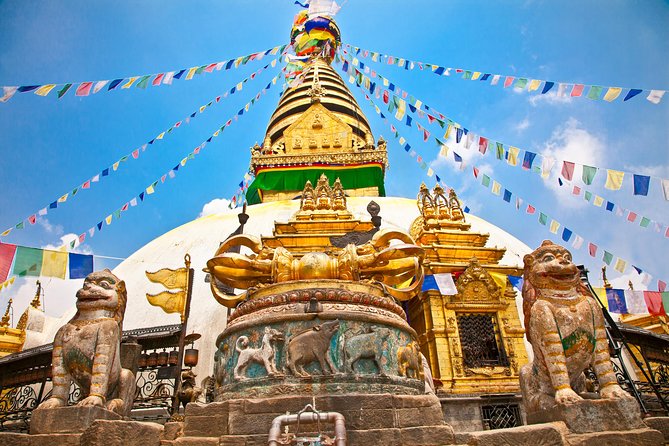 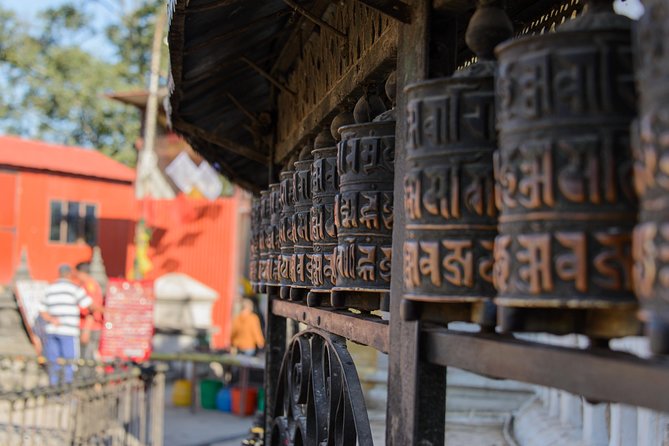 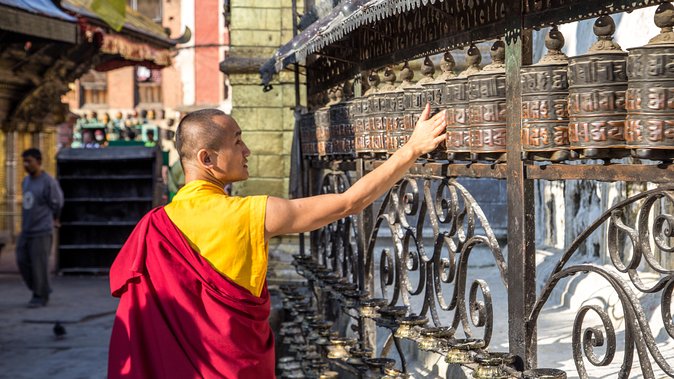 Adrenaline, Fear and Awe - all in the same few minutes!

drdahlman
Flight Over the Himalayas including Mt Everest from Kathmandu | sept. 2019
Rainy airport. No flights had left the day before because of weather. I get on a 40 passenger prop plane. Will we leave? Will I see Mt. Everest today? We do leave, climb through 2 heavy cloud layers (very smooth flight). Then the clouds clear and...gulp...there's Mt. Everest! Everyone on the plane is dumbstruck with the sight! The flight attendant begins calling everyone up to the cockpit one by one... where there's a much clearer view. One of the pilots even will take your camera and take photos or a video for you. This was one of the most exciting events I have ever participated in. Buddha Airlines was professional and made everything very comfortable. Only disappointment was I was hoping to see the massiveness of the mountain range, not just the tips of 5 or 6 mountains above the clouds. Still a magnificent sight, but now I have to go back to try to do it on a clear day!
…Lire plus

You should definitely do a mountain...

Tamara
Flight Over the Himalayas including Mt Everest from Kathmandu | oct. 2018

You should definitely do a mountain flight but do NOT book through viator. I paid TWICE what people booked through the hotel and my seat was an obstructed view. Book through your hotel or the airline directly buddha air and try to avoid rows 5-8 obstructed by the propeller and if you can choose D C instead of A B then the light will be better for photography shooting with the sun behind you vs shooting into the sun.

This is a must-do if you are lucky...

This is a must-do if you are lucky enough to be able to travel to Nepal. It's not only really exciting to see Everest, but seeing the mountain range is an experience you will never forget!! The crew was very nice. There isn't a lot of verbal information provided like you would normally get on a tour, but they are happy to answer questions and they provide a diagram of the mountains you are looking at which I think is actually more helpful than if they tried to point the mountains out to you. They also try to give everyone a chance to go up to the cockpit to view the mountains from the pilots viewpoint which we all really enjoyed. Yes for sure--you don't want to miss this one!!!

My wife and I had a great day touring Katmandu. Our guide Yavdev was very cordial and very knowledgeable. First, he picked us at hotel a few minutes before set time which was excellent. He explained the content of the tour and asked us if it was ok with us. On the way to the various sites he outlined what we were seeing and answered all questions we had about history and culture of Kathmandu/Nepal. Overall, I highly recommend the tour and if you get the same guide as us it you will enjoy it for sure.

The most amazing experience I highly...

Diana N
Flight Over the Himalayas including Mt Everest from Kathmandu | janv. 2018

The most amazing experience I highly recommend this tour. The tour was well organized and crew were great.

Fantastic experience. The crew was...

Thomas B
Flight Over the Himalayas including Mt Everest from Kathmandu | janv. 2018

Fantastic experience. The crew was very informative and happy to point out all of the peaks as we flew by.

I pre-booked this tour, cos I was impressed by the tour description. Unfortunately, when I joined the tour on 6th NOV, I was totally disappointed from the FULL DAY tour to become HALF DAY tour only. I was told by the guide he was informed from the tour agency, this tour was included only 3 sightseeing spots - the 2 Stupas and the Temple, and it's half day tour only!!! I was shocked but I have had no choice, cos I don't know what went wrong at all, he was only a freelance tour guide. I felt cheated to pay a full day tour price but got half day tour only. The itinerary generated after payment didn't include the details of the tour, which put customer in an unfair situation, and I was helpless to not know who I could complain to. It's a very disappointing one indeed!

dkstock11
Flight Over the Himalayas including Mt Everest from Kathmandu | oct. 2017

The Viator web site offered tours at 6:30, 7:30, 8:30 and 9:30. We signed up for the 9:30 AM flight because we would not be getting to the hotel until 1 AM. While checking in, the local company had already called and said we would be picked up at 5 AM. We called the local guide at 1 AM and we talked for a while, but the short answer is that THERE WAS ONLY 6:30, the confirmed voucher showed 9:30 AM.

The local company explained that if there was a 9:30 AM fight, the clouds would come up and there would be nothing to see.

We got 3 hours of sleep. The local company was very good, answering calls late at night and explaining the issue.

Viator was a HUGE disappointment. We booked this months ago and no mention that we were sold something that was not really available. I tried emailing Viator, but no response.

I would recommend booking directly through Buddha Airlines. The flight was great. We would have saved hundreds of dollars eliminating Viator and arranging ground transport through the hotel.

The local component was great, but Viator was a huge disappointment.

It was a most exciting experience of...

It was a most exciting experience of our visit to Nepal. I was especially impressed by Boudanath!

This was a beautiful experience. I...

David R
Flight Over the Himalayas including Mt Everest from Kathmandu | sept. 2017

This was a beautiful experience. I booked a late-morning flight but was contacted the day before and was asked to take the sunrise flight, which probably turned out to be a smart move since a cloud bank rolled in later that morning. There were no issues with transportation to the airport, boarding pass retrieval, and the gate agent actually moved a few of us to the very first departure so we could get pictures at sunrise. The pilots and flight attendant pointed out all of the important points-of-view. I highly recommend this experience, especially if you are a first time traveler to Nepal.

Our flight was canceled the first...

JACQUELINE ROSS
Flight Over the Himalayas including Mt Everest from Kathmandu | avr. 2017

We had a 2 hour delay due to the weather but when we finally got to fly it was amazing. The views of the Himalayas was fabulous and it was amazing to see Everest.

Wow, I saw Mount Everest and the...

Dominique G
Flight Over the Himalayas including Mt Everest from Kathmandu | sept. 2016

Wow, I saw Mount Everest and the Himalaya. We were with Buddha Air and the flight attendant and pilot were very nice and showed us all the mountain peaks and best angles for pictures ! A must if visiting Nepal.

Despite being delayed I am glad we did...

Despite being delayed I am glad we did it. The views were stunning.

"I" personally will never climb...

Sndy
Flight Over the Himalayas including Mt Everest from Kathmandu | janv. 2015

"I" personally will never climb Everest so this flight was the closest I will ever come to this famous mountain. We had a beautiful crystal clear morning and our pictures taken from our seat window....plus the incredible photos from the cockpit....are all keepers! I think before the flight, I was so focused on just Mt. Everest, that I was taken back at how much I enjoyed everything else. "ALL" of the Himalayas are breathtaking whether you section it off to focus on individual mountains or look at it as a whole. To be honest, I believe I enjoyed viewing it as a "whole" the most. Flight crew was very pleasant....especially the female co-pilot. This experience was a once in a lifetime for me and I found it just spectacular!