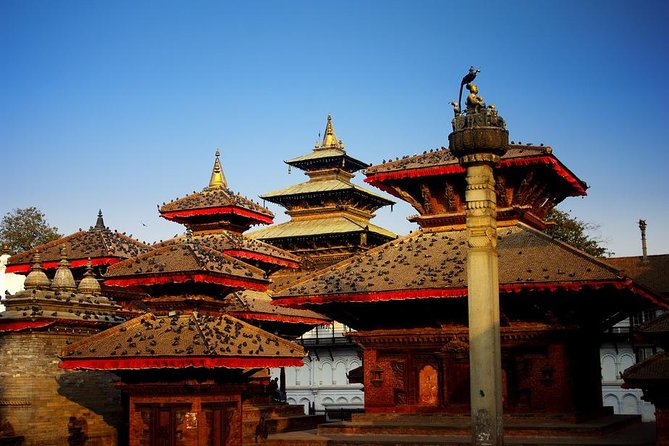 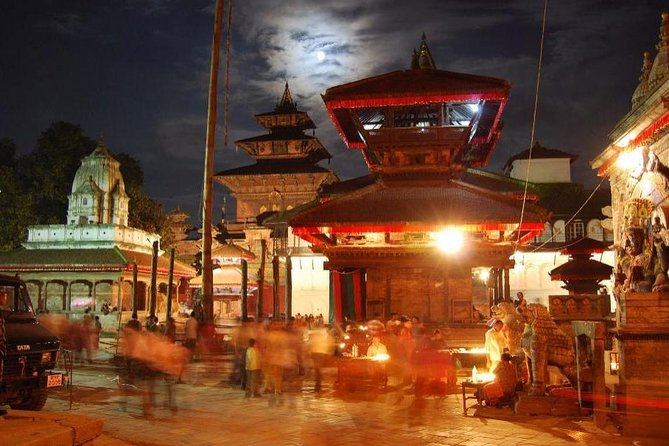 Francisco D
Everest Scenic Flight | déc. 2019
I was a bit disappointed with the flight. First, the flight, Buddha Air 600 was delayed by one hour and took off at 7:30am, instead of the schedule of 6:30am. Weather was perfect so this wasn’t the cause of the delay. We only boarded the bus for the plane at 7am after waiting inside the terminal for more than an hour. However, instead of bringing us to our plane, we were kept inside the bus until 7:15am. I could see the plane we used was being repositioned as well as other planes around it. Meantime, no explanation was being given as to the cause of the delay. The sad part was instead watching the beautiful sun rising over the Himalayas as advertised, we watched it inside the airport terminal due to the delayed flight. The flight took only 45 minutes instead of the 1 hour mentioned in brochures. As soon as the plane caught sight of the Everest peak, the pilot started turning the plane back to Kathmandu. Finally, the pictures shown in ads makes it appear the plane flies over the Himalayas. In reality, the plane flies above green mountains where the various Himalayas mountain peaks can be viewed.
…Lire plus

dereklooch
8-Day Private Tour To Lumbini and Pokhara from Kathmandu | oct. 2019
Overall satisfy with this trip package... the driver is good, driving skill excellence, road to Lumbini is very bad, therefore driver skill is important... the founder and GM of the tour provider also very nice... and same to all staffs of the tour provider... thank you everybody for making our trip memorable...
…Lire plus

claudia1662018
Everest Scenic Flight | oct. 2019
I was to late to go with My Group it was 15.00 hours I was so upset it was a Bank Holiday in Nepal Travel Agent's closed , I just went on line and Viator came up a Name I knew ,so I booked it Pick up and drop off from My Hotel , Dilip imkhada the Driver came right on time Everything from then on was just Perfect The Weather was so clear up in the clouds Thank You Viator
…Lire plus

Thomas S
Everest Scenic Flight | sept. 2019
Our flight was canceled twice due to normal weather conditions experienced in September. Most times we were taken care of with five star treatment from the hotel and returning to the hotel. Our mountain flight schedule with Sheehan airllines operate a regional jet allowing us to get above the clouds which many of the smaller sightseeing planes were not able to do. We had 15 passengers on the regional jet and we’re allowed to move from side to side and spend as much time in the cockpit as we wanted.
…Lire plus

A once in a lifetime opportunity

J Scott S
Everest Scenic Flight | sept. 2019
I thoroughly enjoyed flying by Everest. While the plane didn't get as close to the mountain as I expected, it was still awesome to see the highest place on earth. The champagne that the crew offered was a nice touch.
…Lire plus

kschiza
Everest Scenic Flight | août 2019
Great experience. It is a little expensive though and the photos are quite misleading because you do not reach so near the mountain
…Lire plus

Dasarp
Everest Scenic Flight | août 2019
When I purchased this excursion, I had no idea what to expect. Viator assigned me to a local tour operator at Kathmandu called Himalayan Social Journey. Upon my arrival at Kathmandu hotel, HSJ were very easy to contact over WhatsApp and immediately informed me of the trip logistics. We left hotel at sharp 5:30 am and arrived shortly at Kathmandu airport's domestic terminal. The ticketing, check-in, security check process was a breeze, and within 15-20 minutes we were off in a bus headed to the plane on tarmac. There were about 20 people in the group and all had window seats. The Yeti Airlines flight is about 45 minutes duration and people from both sides of the plane get to view the entire mountain range consisting of many well-known peaks right up till reaching Everest. One thing to be aware of about the flight is that you will not be flying over or around Everest, but will be seeing it from a distance. With a good camera zoom, the pictures can still be clear enough to impress anyone. For a solo traveler like me who is happy to simply see Everest with my own two eyes, the experience was worth the price I paid. The trip is short and sweet and I was back at the hotel at 8:30 am. Well done to Himalayan Social Journey who made it such a pleasant experience.
…Lire plus

The only possibility to see the Himalayas

Bartusek
Everest Scenic Flight | mai 2019
Except for a considerable delay of pickup from the hotel and the start of the plane was a perfect experience. But in Nepal, the delay is the rule.
…Lire plus

Didn’t even do it

dia2128
Everest Scenic Flight | juil. 2018
There was No confirmation so I called and the person did not speak English. My husband felt very uncomfortable (it was a surprise) and since he’s in the aviation business I went with his gut and didn’t go. The same morning of our flight the newsapaper delivered to our hotel room stated that the safety record of the sight seeing planes are very questionable. Viator should not offer this tour and refund my money.
…Lire plus

The driver , Mr Victory was...

The driver , Mr Victory was excellent, well spoken, explained some of the history , had a great sense of humour . The food was very good and value for money.

Good time to visit one of the...

Good time to visit one of the interesting spot in Kathmandu Valley.
Professional staff.

Great scenic flight. We had perfect...

Great scenic flight. We had perfect weather. Mount Everest and the entire mountain range were spectacular!

Being a first time traveller to...

Being a first time traveller to Nepal, and only having a few days to explore, this was an excellent way to experience something on my bucket list - seeing Mt Everest! The experience was totally worthwhile. After having been to Nepal I now know that it is pretty easy to make your own arrangements to take this flight which is a bit cheaper than this option, but I enjoyed the hassle free excursion. My one recommendation to the company is that it would be good to get confirmation of the pick up from your hotel the day before, as reassurance that all is in place to have a great adventure the next day!

Really great. The opportunity to see...

Really great. The opportunity to see from the cockpit was amazing. The views from your individual windows was great.

this is good tour if you only have 2 days in Nepal, two tour guys for local sites speech and smart drivers to handle local unique traffic condition, you will also have chance to see antique shops and painting shop for shopping. One of hotel has been changed due to fully booking.