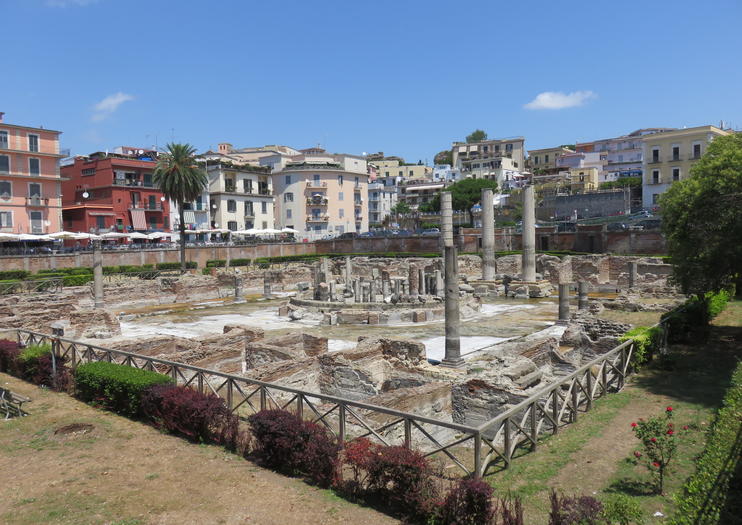 In the city of Pozzuoli, just outside Naples, sits the ruins of an ancient Roman market - the Macellum of Pozzuoli - in what is the larger Phlegraean Fields Regional Park.
The market structure was likely built between the 1st and 2nd centuries AD, and was excavated in the 18th century. At that time, a statue of the Greek god Serapis was found among the ruins, so some believed the building to have been a temple. Though it was later determined to be a marketplace, the name Temple of Serapis is also often used to describe the ruins.
Many of the Phlegraean Fields ruins are underwater due to the volcanic shifts in the area over the centuries, and the Macellum was no exception. While there are columns rising high above the modern street level, the ground level of the market itself is well below sea level. The columns show evidence of shellfish, as they were once underwater, too.
The ground level continues to move up and down very slowly, because the market is located near the middle of the volcanic caldera that makes up the epicenter of the Phlegraean Fields. Visitors today won’t notice the shift in ground level, though geologists track the site constantly.
Adresse : Via Serapide, Pozzuoli, Campania 80078, Italie
Plus d'infosVoir moins