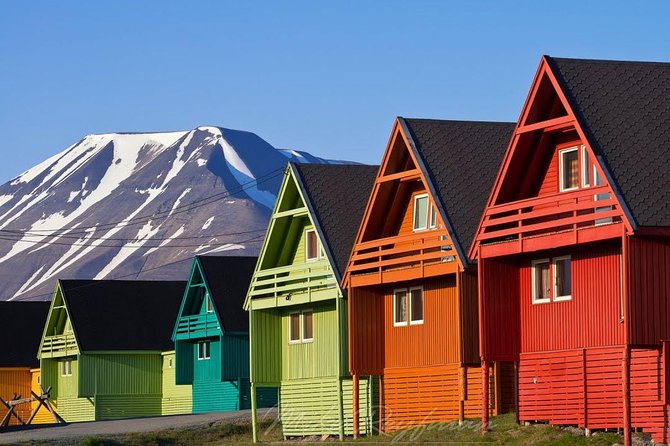 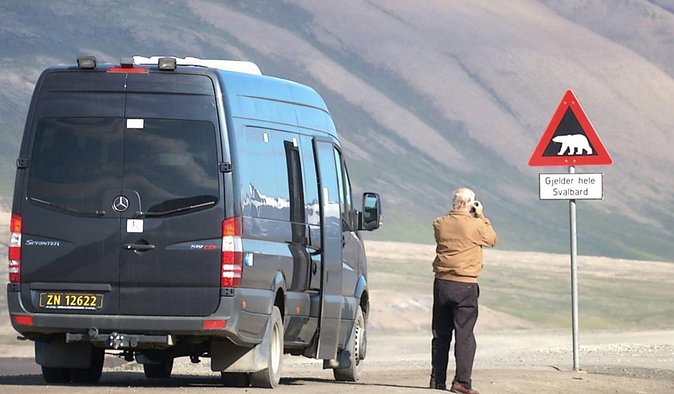 Charles_S
Volunteer Point in Falkland Islands | mar 2020
We were promptly met at the dock by our tour group. Our driver Darren was amazing. He was extremely knowledgeable about the country's history and local flavors. We had a two hour drive to Volunteer point which is truly the best place to see three different species of penguins. They truly were in there natural habitat. They were literally feet away from us. The photos we took were amazing. Even with the two hour drive each way it was the experience of a lifetime and well worth it.
... Mostra altro

Nicholas
Volunteer Point in Falkland Islands | mar 2020
Nyree the leader of Estancia Travel in the Falkland Islands was excellent. Efficient caring safe and full of information is Nyree. On time we met at the Stanley jetty then drove into remote beautiful Falklands’ country over very rough ground. Volunteer Point is home to 3 varieties of penguins and much other bird life. Very different King, Magellanic and Gentoo penguins in abundance and together. This was a special day seeing the real Falklands Islands with a proud 7th generation lady. Nick.
... Mostra altro

Nancy_F
Shore Excursion: Magellan Penguins Natural Reserve in Magdalena Island from Punta Arenas | mar 2020
There were issues getting off the ship. We were 20 minutes late and tour guide left without at least three of us. So very disappointed as this was to be the highlight of our 14 day cruise through South America. Trying to get reimbursed for the 200$ we lost 🙁
... Mostra altro

Convenient and on our own pace

Lisa_H
Puerto Madryn Shore Excursion: Private Day Trip to Punta Tombo Penguin Colony | mar 2020
convenient and far better than those huge bus loads of people...we did it on our time table and the guide was perfect!
... Mostra altro

LaurelV
Volunteer Point in Falkland Islands | mar 2020
Five stars are not nearly enough for this spectacular day visiting the penguins at Volunteer Point on the Falkland Islands. For all of us, this day was absolutely tops!!! The visit started as we climbed into 2 very tall Land Rovers, one driven by the tour provider, Jimmy Curtis; the other by Corey. We were soon to learn why the vehicles needed to be so tall. The terrain we traversed on the drive to our destination would have swallowed an average 4- wheel drive car. We also quickly appreciated the skill and knowledge of our drivers in being able to successfully negotiate the rugged and vast landscape. Along the way, Jimmy and Corey answered our questions, and informed us about the history and geology of the land over which we were traveling. It was a ride like no other — so much fun, so exciting — the journey alone would have been a very worthwhile adventure …. But the best was still to come…. Penguins!!! Thousands of penguins in their natural habitat! Gentoo, Magellanic, and a very impressive colony of breeding King penguins! And baby penguins, too! We were able to walk amongst these incredible creatures as long as we didn’t get too close, including staying outside a perimeter around the King breeding colony, or interfere with their passage to or from the beach. Periodically, we would squat down to take a photo and a penguin (often a juvenile) would inquisitively approach us, which was quite special. We were also able walk down to the beautiful, pristine beach where penguins would come and go from the water. It was a day like no other on what had already been a spectacular vacation – the true highlight of our trip. Jimmy’s professionalism and expertise were appreciated by our entire group. The schedule was planned to perfection, and there were no issues returning to our cruise ship on time. While vehicles of various tours do get stuck from time to time, Jimmy’s team traveled in caravan and experienced no issues coming or going. Finally, Jimmy accommodated our dietary restrictions with a nice boxed lunch for our return, and the communication leading up to, and during, our excursion was excellent. We enthusiastically and unequivocally recommend this Viator excursion and think Jimmy and his crew are exceptional!
... Mostra altro

Carolyn
Private Santiago City Tour including Cerro San Cristobal | mar 2020
Perfect first tour to get a lay of the land and major attractions. Our guide was very informative on current events and history of Chile. We had a wonderful half day tour with her and the driver. They were attentive and thoughtful on where they took us.
... Mostra altro

Richard_R
Gentoo Penguins at Berthas Beach Guided Tour from Stanley | mar 2020
James made it a great experience. Had lots of information about the island and life there. Was willing to take time and stop wherever we wanted. I would highly recommend him and Viator that made the entire experience easy and a pleasure.
... Mostra altro

overall tour of the city

Daniel_S
Punta del Este Shore Excursion: Private Sightseeing Tour of Punta del Este | mar 2020
We were given a very nice overview of Punta del Este. It was nothing exceptional, but our guide was very friendly, his English was good and he clearly wanted to be sure we saw everything possible in our allotted time. Admittedly, there is not a lot to see in Punta Del Este and so half the tour was in museums. We certainly have no complaints about the excursion.
... Mostra altro

pamela_r
Gentoo Penguins at Berthas Beach Guided Tour from Stanley | feb 2020
We were on a cruise ship and met our guide at the dock. We got the first tender over and were a little early but she was already there . We went to Berthas beach. There were so many penguins and not that many other people . We saw them up close on the beach, swimming and also on the hillside . Amazing !! Then we went to Gypsy Cove- we saw a different type of penguin but not that close up. Our guide had a very nice clean car , she was kind respectful and knowledgeable . She also fed us lunch and gave us bottled water !
... Mostra altro

John_D
Best Private Montevideo Shore Excursion: City Tour. Optional WineTasting Tour. | feb 2020
We really enjoyed our tour and wine tasting. Guillermo shared lots of good information about Montevideo and his love of the area. He also gave us some excellent cultural aspects of the country. The wines at the family owned winery were great. The place was very welcoming. Highly recommend this tour. We arrived from a cruise ship and were met at the pier.
... Mostra altro

James_R
Best Private Montevideo Shore Excursion: City Tour. Optional WineTasting Tour. | feb 2020
Great guide. Had a wonderful day, saw all of the highlights. Even received Tango lessons. This was one of the highlights of our 18 day trip. Highly recommend.
... Mostra altro

George_Arnold
The Best Punta del Este Day Trip from Montevideo | feb 2020
The trip was very interesting, especially the visit to the home of the artist Carlos Valero. The home just flows with no square corners. His art work is very much influenced by Picasso. Punta del Este is very beautiful. There is a huge sculpture of a hand rising out of the sand. The one drawback was the van which picked up the people at the hotels met the tour bus at a certain point. The bus was already full. The only seats left were a few at the back of the bus. One of the couples could no sit together. Since the English speaking group was very small, we got very little attention.
... Mostra altro

A nice day trip from Montevideo.

RVerginia
Private Shore Excursion to Coyhaique National Reserve from Puerto Chacabuco | feb 2020
Huge disappointment. We met a bunch of other tour guides on the dock and no one had even heard of the company with which we booked. Finally another guide used his phone to call the number on out voucher. The guide recognized "Christopher." Finally our very timid guide arrived, Nicholas. The five of us got underway. The driver, Patricio, was excellent. He even tried to suggest things to Nicholas to talk about that we would be interesting to us. We have used Viator all over the world, and this tour was our biggest dissatisfaction. Rather than narrating points of interest or telling us about the area, we had to continually ask questions, and because his English language skills are limited, we would have to rephrase and rephrase and still never be certain we were understood or understood him. Additionally, time management was POOR. We spent way too long at a bridge and lame city park, then at a fairly lame water fall. When we finally got to the park, there was limited time to hike and explore, we were served a lunch of packaged food from a convenience store(?), and did not get to go to 3 promised stops due to having to get back to the ship and unknown delays from road construction. It felt to us that Nicholas was not particularly knowledgeable, that he has seen other tours stop at the bridge and the waterfall, so he stopped there too. We never learned about the park, conservation and parks in Chile, how people live in Chatabuco, etc. Also, when I spoke with Viator about this excursion, we were disappointed in the response, which was basically that they had spoken with the tour operator and he disagreed with our assessment about Nicholas and the excursion. Wow. Again, we have had excellent tours with excellent guides all over the world with Viator. This was our first bad experience and bad review. Our purpose is so that Viator can know and assure it offers quality. To be dismissed so readily has left us questioning Viator.
... Mostra altro
|
Prenota ora, paga dopo
Riserva un posto oggi e cancella fino a due giorni prima dell'esperienza senza pagare nulla. Prenota il tuo posto in modo semplice e flessibile e non perderti mai le migliori occasioni.
Come funziona
Trova la tua esperienza
Scegli l'esperienza che preferisci sapendo di poter riservare il tuo posto senza impegno.
Prenota il tuo posto
Prenota ora e paga dopo per riservare il tuo posto, senza impegno.
Scegli quando pagare
Torna per pagare quando avrai definito i tuoi piani oppure scegli il pagamento automatico che scatta due giorni prima dell'esperienza.
Vivi un'esperienza fantastica
Fatto!Buon divertimento.
Domande frequenti  | Termini e condizioni
Prenota ora, paga dopo
Prenota le attività da non perdere con flessibilità
Scopri di più