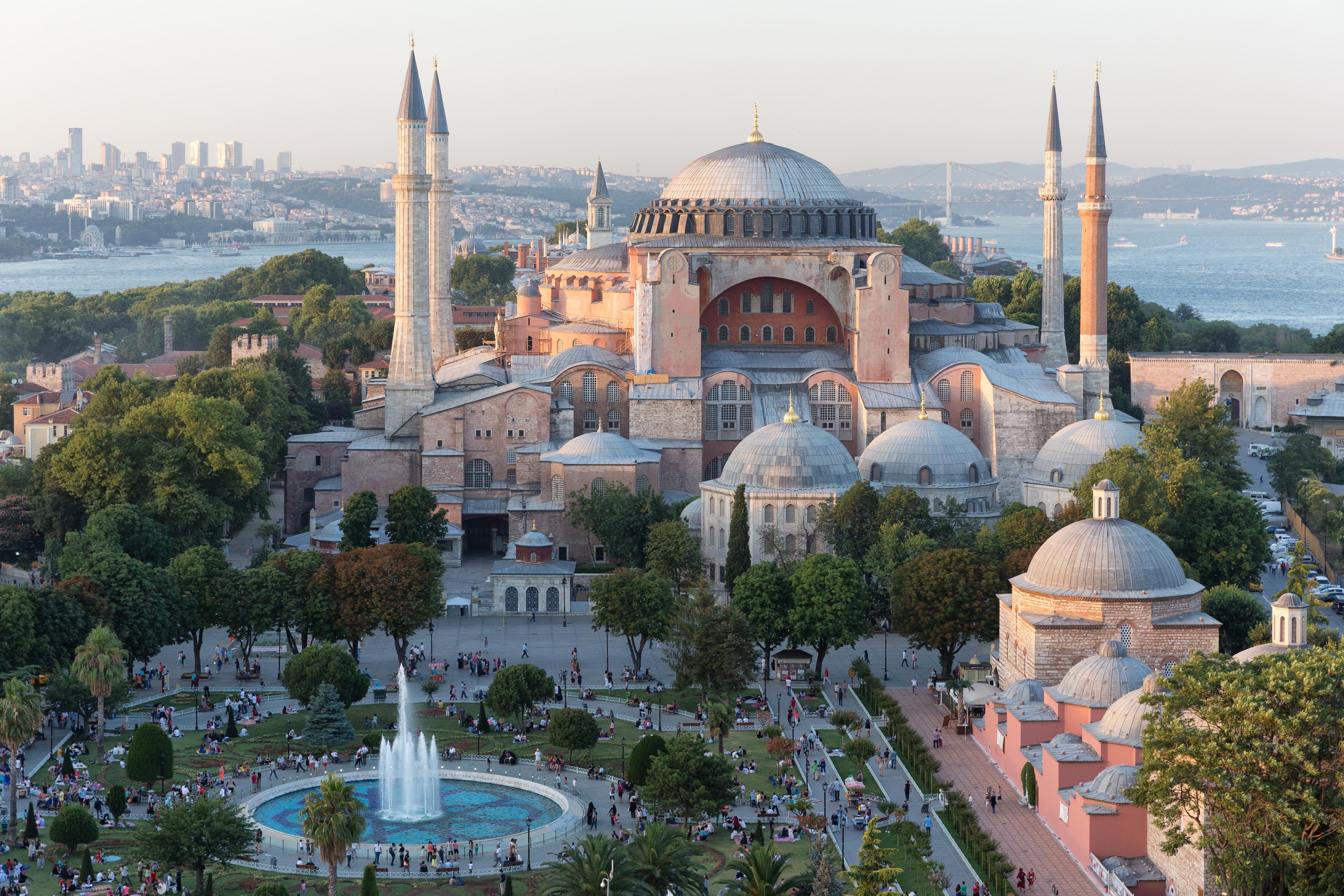 Istanbul boasts four key historic areas on the UNESCO World Heritage List, owing largely to the city’s rich history as a major global crossroads for more than two millennia. See below for the four zones, and what not to miss in each.

Archaeological Park (Sultanahmet) Istanbul’s Archaeological Park area is home to the city’s most impressive historical buildings, including the 6th-century Hagia Sophia, Basilica Cistern, Blue Mosque, Hippodrome of Constantine, and grandiose Topkapi Palace. Make the most of your visit and learn about the sites’ interconnected history on a guided walking tour.   Suleymaniye Quarter This area houses prominent examples of 16th-century Ottoman architecture, including its star attraction—the Suleymaniye Mosque—as well as bazaars and other points of interest. Many city tours stop at the mosque, and guides can be helpful if you are unfamiliar with religious etiquette.   Zeyrek Quarter The highlight of this neighborhood is Zeyrek Mosque, standing on the site of the 12th-century Church of the Pantocrator. This example of Byzantine architecture has been undergoing renovations and may not be fully open to the public.   The Theodosian Land Walls (Walls of Constantinople) A series of defensive stone walls that once protected the Roman Empire’s capital city, the Theodosian land walls are located in northwestern Istanbul. This area once housed the Palace of Blachernae, though much of that Byzantine residence has been built over and only some portions of the original Theodosian walls remain. Other points of interest include the Church of the Holy Saviour in Chora, now a secular museum notable for its medieval frescoes and mosaics, and a popular stop on religious tours of the city. The area around the museum is also celebrated for its old wooden homes.