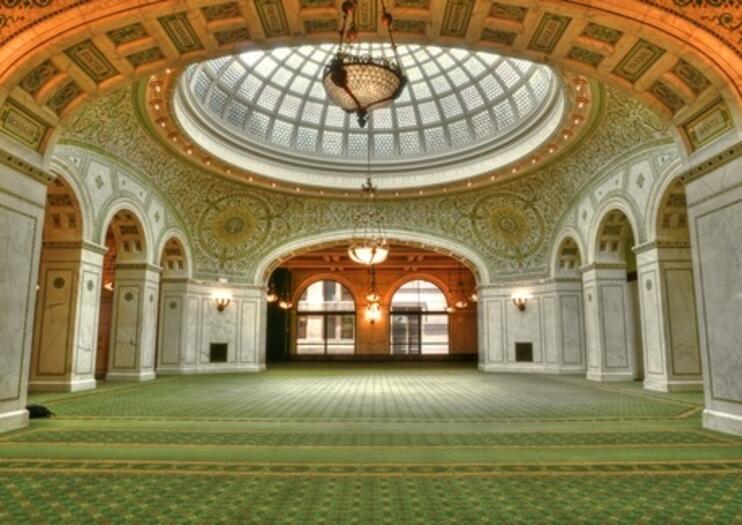 The Chicago Cultural Center is one of the city’s architectural gems. Though it doesn’t tower over the streets like the Willis Tower, it’s an equally impressive building, renowned for its opulent interiors and two dazzlingly beautiful stained glass domes.

Built in 1897 as Chicago’s first public library, the Cultural Center is now home to the Chicago Office of Tourism and Culture, the Chicago Children’s Choir and several galleries. It hosts nearly 1,000 free cultural programs per year, including concerts, plays, art exhibits, film screenings and lectures. It was designated a Chicago Landmark in 1976, and is considered to be the most comprehensive free municipal cultural venue in the country.

While the cultural programs draw hundreds of thousands of visitors per year, many people also come just to see the impressive interior, which is decorated in a Beaux Arts style modeled on several classical buildings in Europe, including the Doge's Palace in Venice, the Palazzo Vecchio in Florence and the Acropolis in Athens. Inside you’ll find rare colored marbles and stone, antique brass fixtures and the most famous features, the two large stained glass domes. One of these domes can claim the title of the world’s largest Tiffany glass done, which is 38 feet across and contains an estimated 30,000 pieces of glass.
住所： 78 East Washington Street, Chicago 60602, アメリカ
さらに表示一部のみ表示