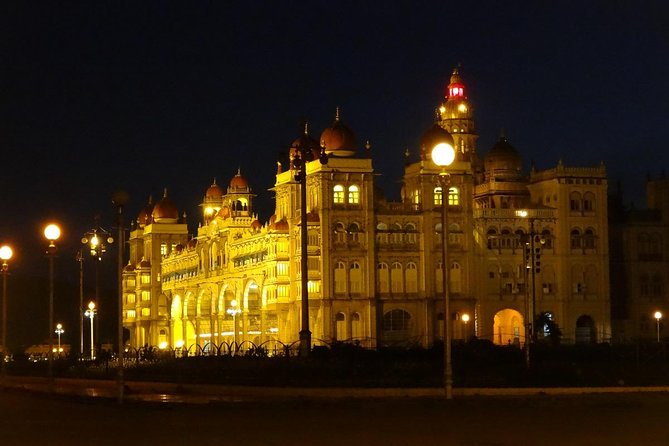 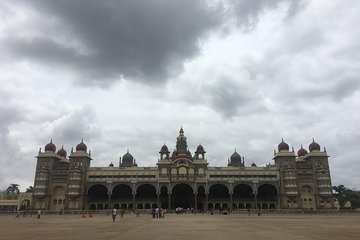 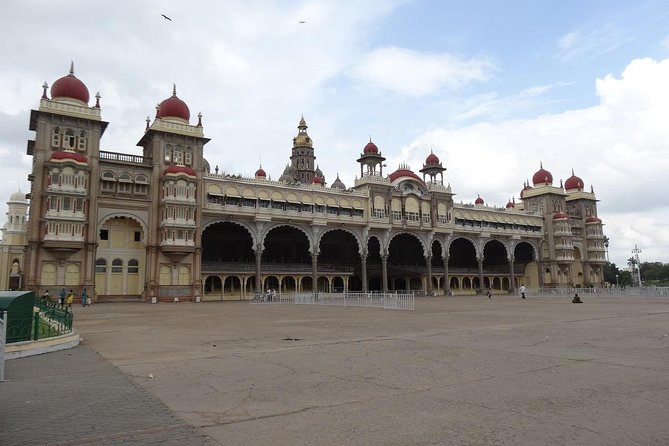 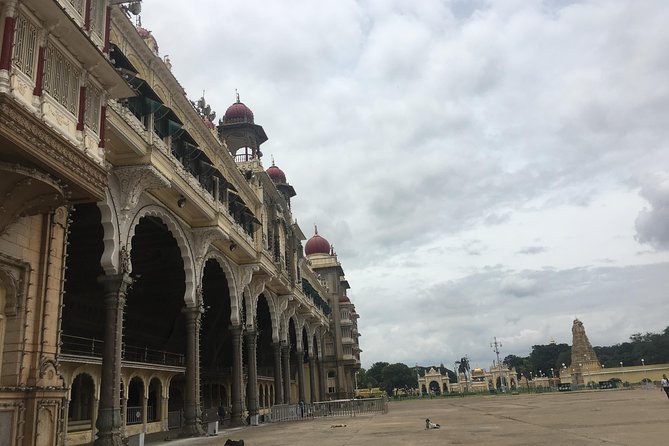 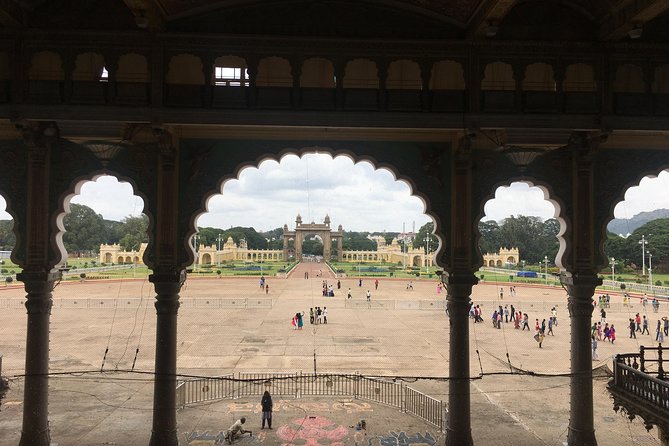 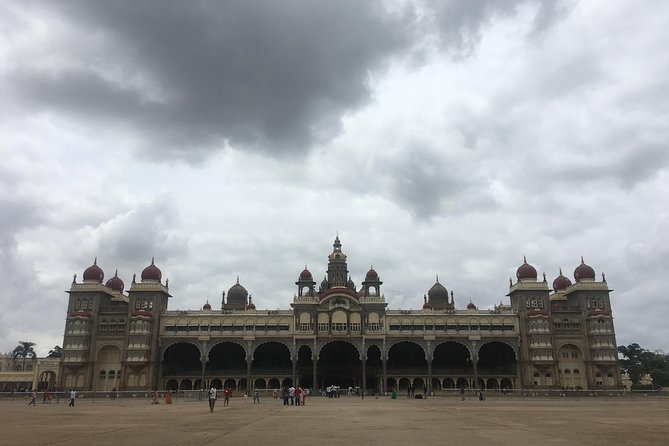 seanrI5516ZX
Delhi - private transfer from Airport to Hotel | 5 2019
Nobody was there to pick me up, no sign, no call no email .. or sign wasn’t big enough ..waited around 20 min but then eventually got a taxi.. Should get a refund but not even gonna. Worry about it.. first time Thai has happend using Viator.
…さらに表示

Driver and person who picked us up...

Driver and person who picked us up were very helpful, even taking us inside the airport to the correct check in location. However the only downfall to this was arranging a pick up time, we called numerous times without response and had to contact Viator for the tour company to get in contact with us, taking a total of three days which is quite annoying and definitely not hassle free. Other than that I have no other complaints, the company was good enough to deal with when they did get back In contact with us.

I was a little unsure of booking this...

I was a little unsure of booking this train trip, however it was a perfect way to see Amritsar and all the sights. The guide took us straight to our reserved seats and the service was excellent. The train carriage is dated like 1960's but it worked out fine. Hotel perfect a good tour.

Driver met plane on time and without...

Driver met plane on time and without issues. Good service.

Tour was amazing and great value!Our...

Tour was amazing and great value!Our days were packed with the scheduled activities and our driver knew of extra points of interest along the way!Got so much out of our time and can’t praise our driver enough!Hotels and guides were excellent!Great team and the tour ran smoothly from pick up to drop off!

Wonderful way to safely see how Chandi Chowk comes alive at night: the lights, colours, mix of people, scents. eateries, shops...The Tour Guide was very informative and professional and did a tremendous job at presenting the old historic Chandi Chowk, and the modern one. Dinner at Karim's was a very interesting experience, good food and safe to eat but keep in mind that this is a very well known modest and typical Indian restaurant with no frills...

This was a spectacular tour! I can't...

This was a spectacular tour! I can't recommend it highly enough. It's the second time I've done the same tour. This time with a friend of mine. The one and only critizism I have was the first hotel we stayed in in Delhi. I can't remember the name but the hotel was pretty run down looking and the service was not impressive. The first time I went with my husband and we stayed at La Meridian which was exceptional. This second hotel definitely didn't live up to the first, however everything else was great. My least favorite part was that in each city we were taken to shops that clearly had a relationship with the guides and though they kept saying there was no pressure to buy, there was. Also, by the second time I went I had learned that the prices they were selling rugs for was NOT the great bargain they tried to get you to believe. Prices for rugs were better in Jaipur than in New Delhi so if you are wanting to buy, you might consider waiting.

As always with the many viator tours we have taken, the guides were professional and knowledgeable and I felt that by taking the tour we saw and learned far more than we would have on our own.

Another thing I learned the second time around is to request that you go by sunrise to the Taj Mahal. Our first guide only mentioned the option at the end of the day! Not only is the light beautiful though not always the pink that people hope for, but the crowds were lighter.

I have been to India several times for...

I have been to India several times for work and have not enjoyed it so when the opportunity came up to go to India on vacation with my daughter, I decided to do a tour to control the chaos and crowds. It was a very well run and organized tour. I recommend staying at the Maidens when staying in Delhi...this was a top notch historic hotel. We stayed at the Trident hotels in Agra and Jaipur and they were also nice although 5 star might be a bit overrated. It turned out the driver stayed with us the entire trip and each day we would pick up a tour guide who was a specialist in each city. PK was our driver and was a very kind and helpful driver and advisor along the trip. Each tour guide was also fantastic and specialist in their city. The only confusion along the way was our driver and tour guides were not very knowledgable about what was or was not included in my package and kept asking me what was included. I had to pull up the Viatour website on my phone to show them and clear it up. I had already given my voucher to the greeting person at the airport but that did not seem to explain anything to them. Hopefully Viatour and Sita, the local tour company, can work on their communications and not put the customer in the middle next time. A few more tips....do not eat in the hotels, they are very expensive and PK will take you to any restaurant you want. Going to the Taj Mahal at 5:30am was a good idea to miss the crowds and get nice pictures with the sun coming up. Yes, the driver is instructed to take you to designated stores to buy stuff. Sita is payed lots of money to do this. We said yes sometimes and no othertimes depending on our interest. I do not feel any stress about going in....you are not obligated to buy and just try to enjoy the experience. I enjoyed the entire tour and would call this a bubble vacation where everything is handled and you are somewhat insulated but if you have never been to India, this is the way to go the first time.

Hotels and guides qualities varied greatly. Chauffeur was very unprofessional and had to take a lot of breaks for smoking.

Wonderful tour with great accommodations throughout the trip. I can't say enough about Ranthambore. The hotel was fabulous and the safaris were great fun. The owner of the Ranthambore resort was so very gracious and welcoming.
To see the tigers in a natural setting is amazing.

Enjoyable tour. Amazing sights.
Trip was very expensive for what it was. We did stay at a nice resort while doing it but still paid way more than it was worth. Price for the tour was roughly 700 AUD per person for the almost 3 days.
Our tour guide was trying to talk us out of seeing some sights because of the rain, we refused to let him.
He also wasn't aware of what was considered inappropriate in our culture and continued to insult me throughout the trip.

Overall, the trip was good. We saw and did amazing things. It was just too expensive and we got a less than committed tour guide.

Overall the tour was great. We have...

Overall the tour was great. We have tour guides in each city we visited and a very reliable driver, Hamesh who drove us in delhi, Agra and Jaippur. All the tour guides were very knowledgeable about all the interesting cities we visited. The ITC Hotel in Agra is really magnificent and is just 5-10 minutes away from Taj Mahal The ITC hotel is definitely a 5 star. Trident Hotel in Jaipur is also a 5 star hotel and equally clean and beautiful. However, Welcome Hotel in Dwarka located in Delhi is a run-down hotel that needs major renovation and we rate this hotel as 1.5-2 stars. The hotel in Delhi is the only negative part of this tour. Overall, the tour was well-planned with detailed itineraries in each city.

The voucher mentioned picking up at...

The voucher mentioned picking up at hotel 9am. However, nobody came to pick up. So I called contact no, a staff mentioned a driver would came and pick up 11:30am. Actually the driver arrived 11:45am. When I was arrived the home who taught cooking, she was informed my arrival 9:30am on the date, therefore she taught me only 2 dishes.
Whole process was not I expected at all, and I was not satisfied with !