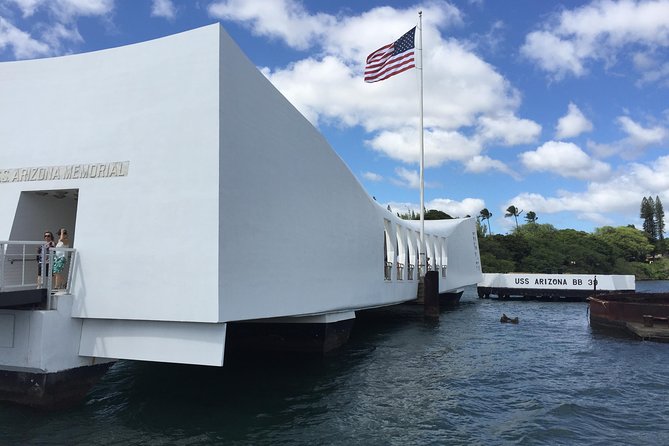 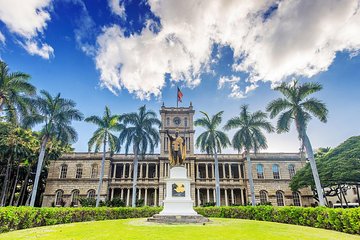 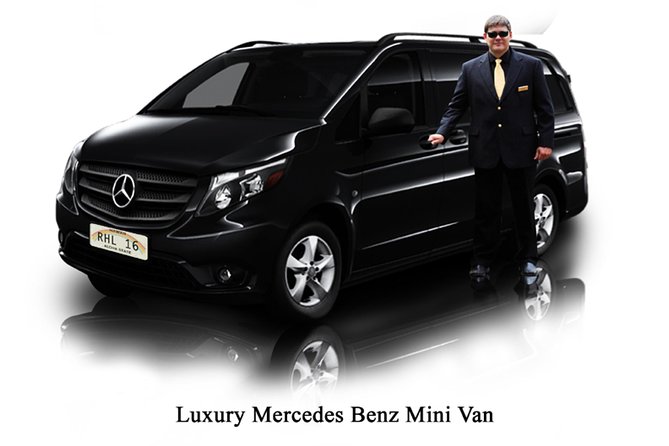 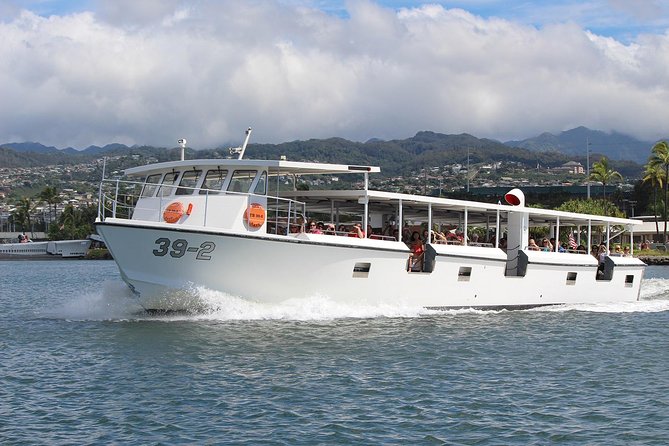 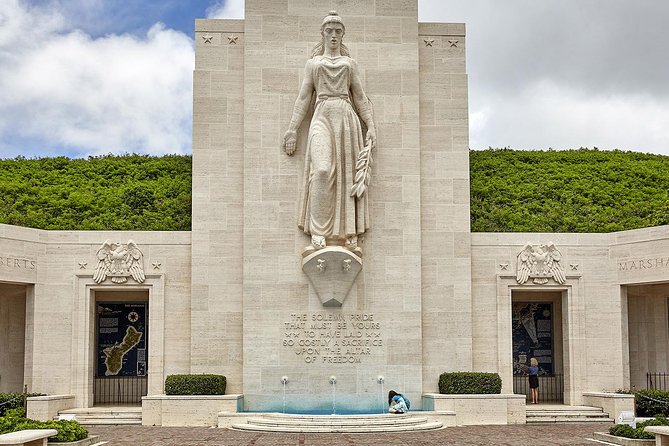 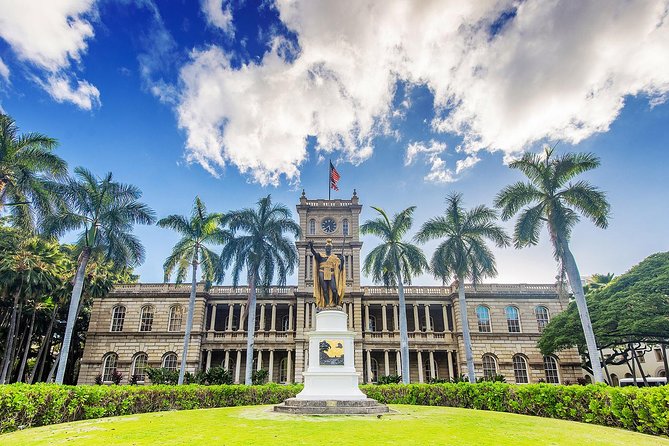 A time to reflect and REMEMBER

LORENE_K
Pearl Harbor Tour From Honolulu | 3 2020
Highly recommend you take the audio tour if you visit Pearl Harbor. Such an informative and enlightening experience. It was a very somber feeling among the patrons there, but more importantly a time to reflect and remember!
…さらに表示

Stacey
Pearl Harbor Tour From Honolulu | 3 2020
Tour was great and driver who picked us up was very nice. He did however tell us the wrong time to be at the bus stop so we missed our shuttle and had to pay to Uber back. Otherwise the rest was okay
…さらに表示

DYC
Pearl Harbor Tour From Honolulu | 3 2020
Tour March 17,2020 was cancelled vie operator per CDC shutting down public places people gather to avoid spread due to Coronavirus (Covid-19) . Hopefully I will a refund.
…さらに表示

Linda
Oahu Day Trip: Pearl Harbor Full Day Experience From Big Island | 3 2020
I'm a travel agent and I booked this tour for 6 clients coming from Kona to Oahu. I'm sure the tour itself was fine (I should hear soon enough) but the lack of communication about the flights and details of the tour is deplorable! I booked well before the Coronavirus chaos (which they blamed their latency on), so there should be no excuse for the lack of response to my many emails, phone calls and messages. Most emails went completely unanswered. When I called and spoke with a representative, he acted as if I was bothering him and brushed me off saying a manger would call me later that day, which never happened! I had several questions that went completely unanswered. I was promised flight information 3 days in advance of the tour, after several phone calls and emails (as my clients panicked), I finally received flight info and notification the DAY BEFORE the tour! As an agent, it makes me look bad when I can't answer the client's questions and have to tell them, again and again, that I haven't heard back yet from the tour company! Do better!!
…さらに表示

Pearl Harbor must do! Royal Hawaiian Limousine good, but inconsistent.

Dan_R
USS Arizona Memorial And Pacific Aviation Museum Small Group Tour From Waikiki | 3 2020
Visiting Pearl Harbor is a must do on Oahu. Your historical interest levels should guide the length of tour you would like to take. We first visited Pearl Harbor about 15 years ago, and returned this time with our 17 and 19 year old children. During that time, the amount of things to see has greatly expanded. The air museum was new to us, and it had a nice display of aircraft second only to the Smithsonian. That museum gave us a deeper perspective of the air raid tactics on pearl harbor. Obviously the trip to the Arizona memorial was the crown jewel, but the air museum, and the Missouri were nice adds to the visit. As far as the tour company Royal Hawaiian Limousine, their equipment was new, clean and well maintained. However, they were a bit inconsistent from driver to driver on how they handled things. The driver who picked us up was very strict and allowed no food or colored beverages on his bus, so chuck that $5.00 morning coffee in the garbage!. In addition he completely disregarded the company literature of being able to store bags on the bus to avoid checking them at Pearl Harbor, so add more money for that. When leaving Pearl Harbor, about half of the people on the initial bus were transferred to another driver for the return trip and city tour. Here we got Eddie as our driver and he was excellent! He was concerned that we all had our bags (assuming we had some from the previous bus), and he was good with folks having a beverage and snack such as trail mix on his bus. In addition, he was absolutely "working it" to ensure he shared what knowledge he knew about Oahu, Hawaii, and Honolulu. He also went out of his way to make sure everyone got what they wanted out of his part of the trip.The city trip certainly wasn't as key as visiting Pearl Harbor, but it was a nice finish and gave us a better orientation of Honolulu. Pearl Harbor is a must do, and Royal Hawaiian Limousine was good, just not consistent driver to driver. Good value for the money.
…さらに表示

Jpc
Deluxe Tour of USS Arizona Memorial and Pearl Harbor & USS Missouri Battleship | 3 2020
This is effectively a ride to and from Pearl Harbor along with the convenience of pre-purchased tickets. The “tour” never stopped anywhere, the tee shirts were bizarre had had holes. Go on your own and save the $.
…さらに表示

A great learning experience for both young and old !

DONALD_M
Pearl Harbor Small Group Tour From Waikiki | 3 2020
Worthwhile experience to see the Arizona Memorial and the terrain where the attack took place. Walking through the Bowsun submarine gives a realistic view of the conditions our sailors lived through for months at a time.
…さらに表示

Joyce_L
Pearl Harbor Tour From Honolulu | 3 2020
We enjoyed this tour very much. Good communication from the driver who picked us up at the port. The instructions were very clear on leaving no bags in the vehicle and no bag bigger than 5 inches allowed in Pearl Harbour. I wish we had known that if we carried all we wanted on us you could them buy a bag for a dollar. (Printed with Pearl Harbour) It was very moving and we enjoyed the city tour afterwards.
…さらに表示

Michele_W
Pearl Harbor Tour From Honolulu | 3 2020
It was excellent. The driver was extremely knowledgeable. He asked us if we wanted to stop or not. Everything was great. Sobering!
…さらに表示

Brian_J
Pearl Harbor Tour From Honolulu | 3 2020
Transportation people went out of their way to accommodate my schedule. We missed but they sure tried. Thanks.
…さらに表示

Kimberley_C
Pearl Harbor Tour From Honolulu | 3 2020
Overall was a good experience, only thing I would say is if you really want to take in pearl harbour you need to go for a longer trip. For a 9.30 pickup we arrived at pearl harbour at 10.30 after reading that bags were not allowed people still decided to bring bags and the whole group then has to wait for people to check their bags into lockers before entry. Our time slot to the arizona was 11.30 and was told to arrive at the theatre for 11.15 so you have only 45 mins to walk around the museums. This trip over to the arizona lasts about an hour note its says you go past the missouri you do not you see it from the boat in the distance further up the harbour. Once back from the boat trip you only have then 45 mins to see the rest of pearl harbour and get to the gift shop as you have to be back at bustop for 1.15. So there isn't time to go to missouri or the submarine. Also this is not a tour guided tour of the pearl harbour although the driver tom picks you up and drops you off and on the way back he does detour and give you some good information of the local area.
…さらに表示

JB_M
Pearl Harbor Tour From Honolulu | 3 2020
Great driver. He had everything under control, was a good driver and very knowledgeable about points of interest. We were allowed plenty of time to enjoy and view everything there.
…さらに表示

Cara_G
Skip the Line: Pearl Harbor Memorial Small Group Tour From Waikiki | 3 2020
Overall the experience was average to good. It started out where we arrived on time/early for the pick up, the driver showed up on time and was wonderfully nice. The problem was is the other party that was supposed to go with us did not show up until 30 minutes late. It was something we felt we shouldn’t of had to wait for considering they had multiple announcements of the time they should have arrived. It placed our day and set us back for the tours. The other party finally arrived and we were off, the driver Antonio was awesome and definitely gave us a lot of facts about Hawaii! Once we arrived we had a great time. Upon the departure we also were set waiting for another party that was late. Once we left we got back to our spot at a decent hour. We were also told that we could not take in any bags or cameras, but when we arrived we saw that others were carrying around cameras. That was somewhat misleading. Considering the amount of time that we had to wait we probably will not use this service again.
…さらに表示