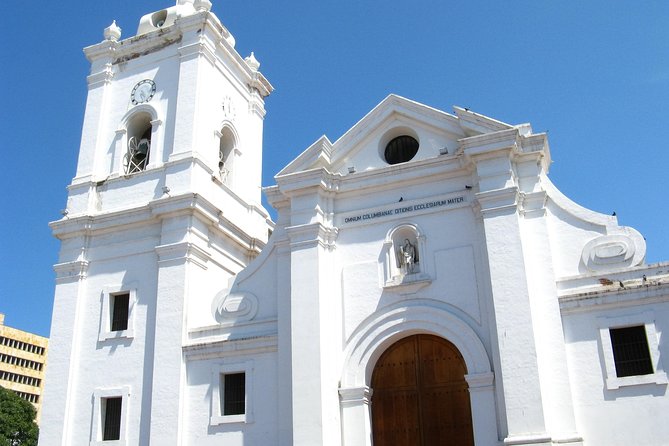 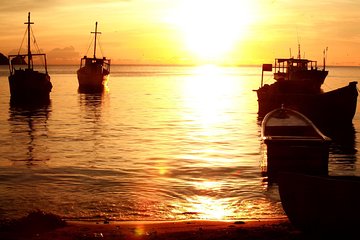 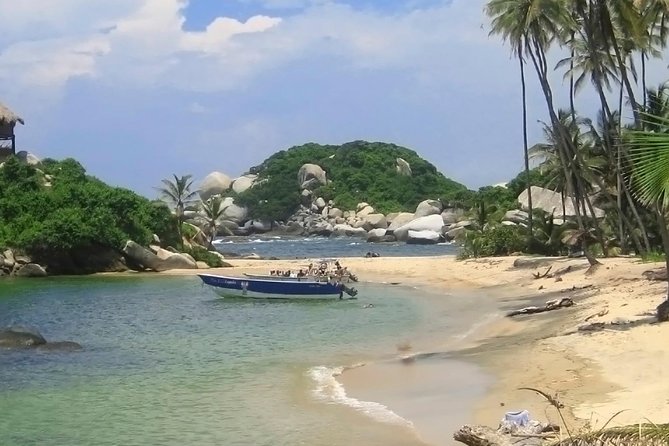 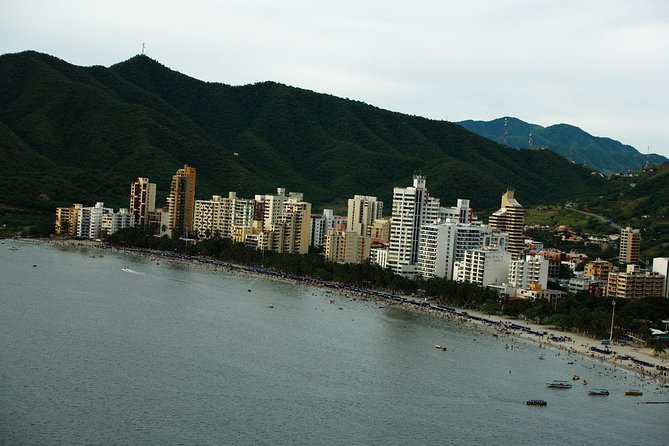 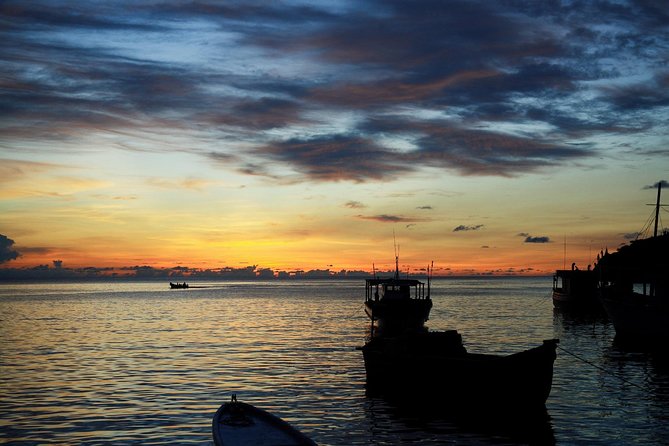 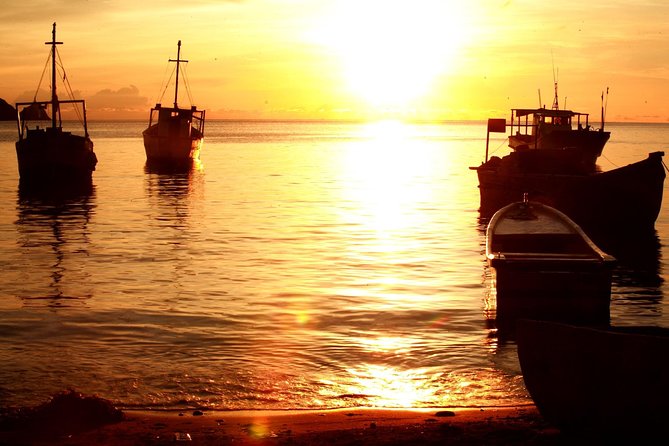 4.5
3 件のレビュー
5つ星
4つ星
3つ星
2つ星
1つ星
Viatorの旅行者による口コミ
This tour was awesome!! Both the...
Martha M
, 5 2015
This tour was awesome!! Both the driver and the tour guide were very very kind and friendly. The tour guide was knowledgeable, kind, funny, and helpful. I enjoyed the entire city tour. It had a great time. One of my favorite tours in Santa Marta.
さらに表示一部のみ表示

ChrisC2882
Traslado privado a la llegada: desde el aeropuerto de Cali hasta el hotel | 10 2019
The driver (Oscar) was great. He was very knowledgeable about the area and was very friendly. He was safe and got me to the hotel without any issues. Highly recommended
…さらに表示

ChrisC2882
Traslado privado de salida: hotel de Cali al aeropuerto | 10 2019
The driver was very friendly and safe. He was on time and got me to the airport with out any issues. Highly recommended
…さらに表示

Not worth the price.

987654321987654321
Paseo nocturno en coche de caballos por Cartagena con cena incluida | 9 2019
If you spend 1 day in Cartegena you can get better value for both the carriage ride and dinner. Simply not worth the price!!
…さらに表示

chanquevia1989
Vida nocturna de Cartagena en autobús chiva | 9 2019
It was horrible. They refuse to refund me. Never again will I go back. The worst experience ever. To hot and pack.
…さらに表示

What can I say

bernardor386
Vida nocturna de Cartagena en autobús chiva | 8 2019
You WILL have fun on this bus. They kept the rum and soda going all trip long. The only thing I wished was that they served Agua Ardiente as well as rum, but that's a minor issue. The bus was awesome and a definite must-do for anyone visiting. The host kept the party animated an was very entertaining.
…さらに表示

Great transfer from airport to hotel

Wes N
Traslado privado a la llegada: desde el aeropuerto de Cali hasta el hotel | 6 2019
The driver was very courteous and professional! Was there on time and hot me safely to my hotel! Definitely will use in the future
…さらに表示

Dayton C
Paseo nocturno en coche de caballos por Cartagena con cena incluida | 4 2019
Be sure to contact day before so driver picks you up from hotel and gives some history of the city on ride to resturant...they put rose pedals on the table...nice touch. Then the resrurant arranges for the horse carriage to pick you up. There a guitrg singers that will hop onto your carriage along the way...if you dont want to tip, tell them you already tipped another singer. Dress cool for the evening because it is warm and humid
…さらに表示

First of all, I think we got on the WRONG chivas bus. Not only did we initially drive around in circles dropping and picking up people and vendors, but it was like we were stuck with families that were not our own. This was a group tour with moms, dads, kids, grandma and grandpas, I dont know about you but it was not what we signed up for. After our drive around for circles we went to some small shopping mart where more peddlers would attack you like hawks. At which point we decided to was time to jet to a real bar by taxi. No this is not a bar crawl tour and no this was NOT fun. We were deceived and viator is usually trustworthy, you did us dirty in Colombia, Shame!

I would say this tour would of been...

I would say this tour would of been more fun if we had some more drinks to pregame before the Chiva Bus tour. They give you minimal rum/coke and essentially you just drive around the city. They stopped the bus at one point in front of the old city walls and then after standing on the side of the street for 30 mins being swarmed by street vendors trying to sell you stuff, we got back on the bus to then be dropped off in front of 2-3 bars. If you walk about a block past where they drop you off, you'll find a Salsa bar worth going into otherwise the other bars just got crammed with tourist which eventually we had not choice to leave because it was crowded. After the difficulty we had waiting to find the bus, there was no contact information on the reservation confirmation page and we were just waiting and asking around at the hotel plaza, I wouldn't recommend it. I don't even know how were lucky enough to talk to someone who figured out what bus we were waiting for. I would highly recommend just booking through one of street vendors and having some drinks before you get on the bus!

Do NOT book this through Viator. My...

Do NOT book this through Viator. My friends and I booked this tour several weeks in advance. We tried calling both the regular contact number and emergency number for Gray Line to set up our hotel pick-up the tour operator listed on our voucher, and no one would answer. We finally decided to go directly to the meeting area since it was nearby. Once we got there, it was total chaos. There were several tour operators, and none of them were from Gray Line and no one knew what Viator was. A large group of other people waiting for the tour got on a bus right away because they booked through their hotel. When a tour operator finally showed up we assume he was from Gray Line, but it was so confusing that we still don't know he let us on the bus an hour later, so we missed a good chunk of the tour. This experience was so frustrating and unprofessional. If you choose to do a Shiva bus tour, book through your hotel or a local agency - DO NOT book through Viator.

This is a must do!! This was so much fun!! Highly recommended!

I wasn't sure how I was going to recognize which shuttle was mine, but the driver had a sign with my name on it upon my arrival at the airport. Timely ride and friendly driver.

The company didn't tell me what time...

The company didn't tell me what time they would be picking me up in the morning, but I emailed Viator about it and they left me a message at my hostel pick up point. Timely departure and friendly driver.

Fun time with a bit of music culture...

Fun time with a bit of music culture history lesson that was sprinkled in between drinks, great music and great energy Highly recommend.

Cero. They took my money that I paid...

Cero. They took my money that I paid for the tour saying that I wasn't in my hotel. They visited the hotel around 9am when my tours was planing at 3pm. They supposed that I have to be in my hotel until they show up even I din't know that they will visit me. They insisted that the tourist has to call them not them to the tourist because they don't have the phone numbers from the tourists. Bad customer service Fraud!!!