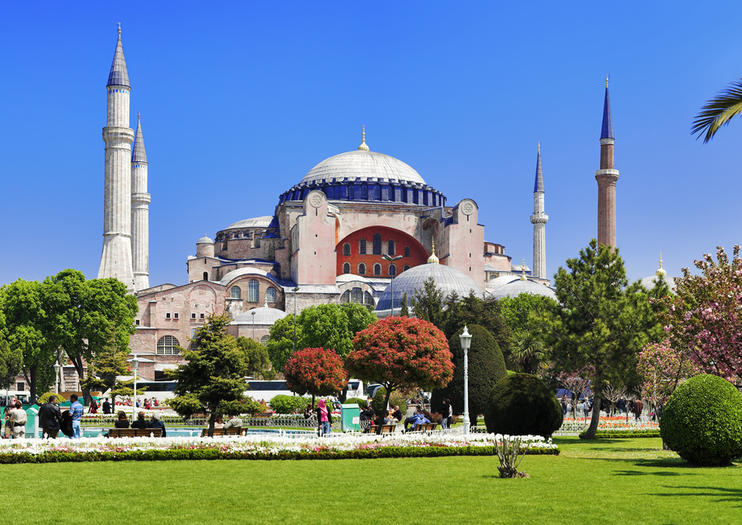 Hagia Sophia (or Aya Sofya) is one of the world’s most beautiful buildings, built to be the world’s largest place of worship by Emperor Justinian in 532 AD. The church became a Mosque under the Ottomans, and its mosaics and decoration were plastered over. They have been successively revealed since the 1930s, when the building was declared a museum by Turkey’s legendary ruler, Atatürk. The Hagia Sophia’s golden mosaics are rivaled only by Ravenna’s, and its design was the inspiration for the basilica of San Marco in Venice. The huge complex is a riot of domes and minarets, focusing on the huge central dome which for centuries was unrivaled as an architectural masterpiece. Inside, the lofty interior is a soaring sequence of domed and arched spaces, centering on the shell-like apse and the massive dome, which seems to float unsupported and gives the church its amazing sense of space.
Adres: Aya Sofya Meydani, Istanbul 34357, Turkije
Meer lezenMinder weergeven
Toegangstickets (7)