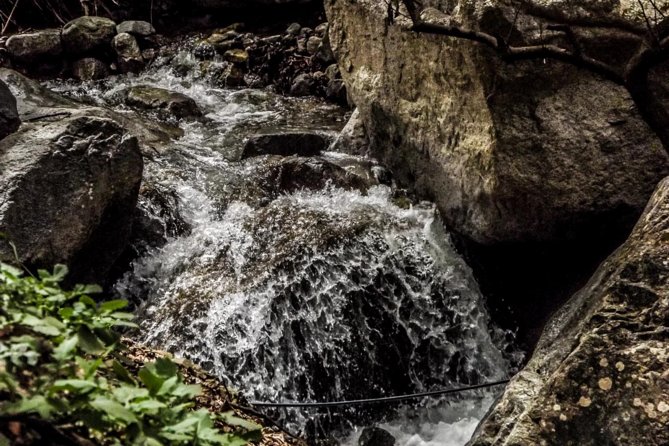 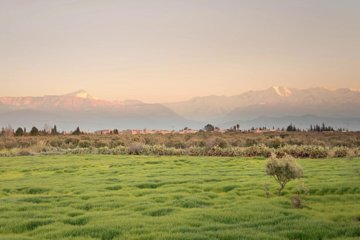 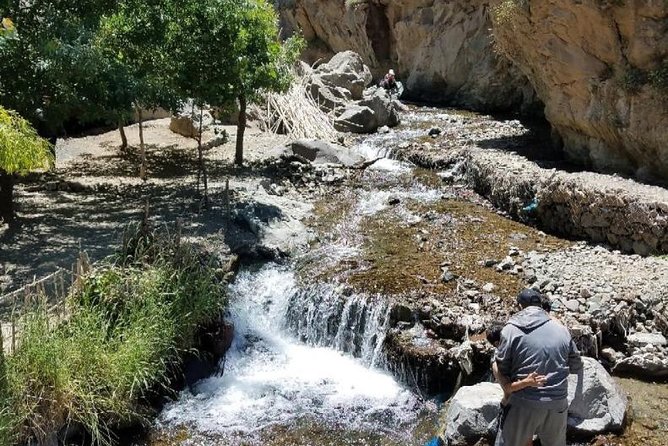 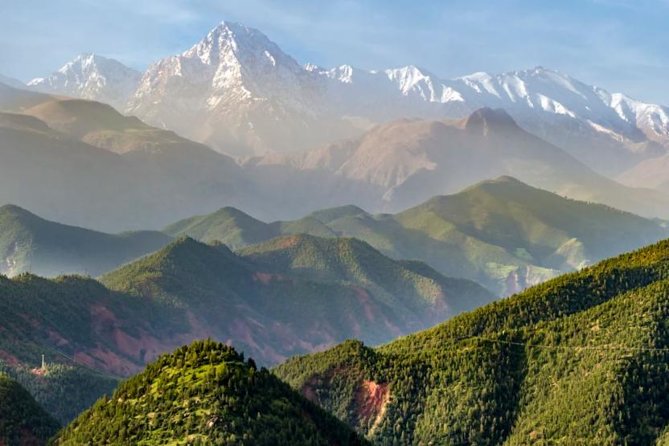 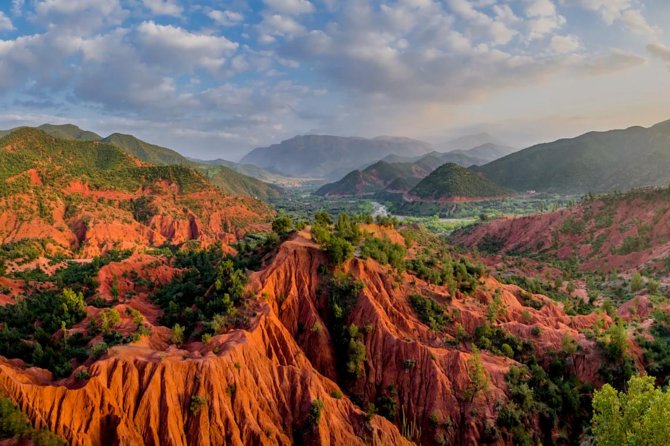 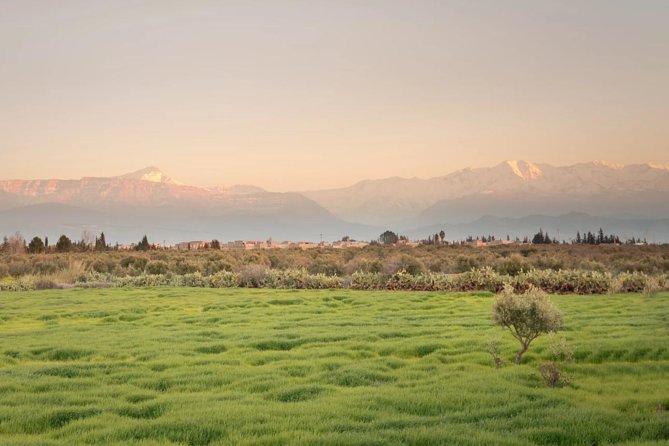 Farhana
ATV Quad biking in Marrakech desert palmgrove | mrt 2020
Organiser kept us informed of pick up time ahead of the event and arrived on time. The group had a fantastic experience from start to finish. Would highly recommend!
...Meer lezen

Aikaterini_S
Ait ben haddou and Ouarzazate day trip | mrt 2020
The plan of the trip was very nice, we made all the necessary stops to admire the view and we had enough time to enjoy the kasbahs of Aït Ben Haddou and Taourirt. Both of our guides were very nice and provided us with plenty of information about the sites. Our driver was also very good, not very reckless for the standards of Morocco as he was pretty careful and he didn't make dangerous moves if he wasn't sure about it. Unfortunately, our experience took an unpleasant turn at the beginning as our minivan had a problem and we had to wait for an hour in order for an other van to come and get us. On a positive note though, the second van was more comfortable and we continued with our normal schedule. I just wish this hadn't had happened so that we could have more time to visit the Atlas Studios in Ouarzazate. But these kind of things can occur unexpectedly so I only remove one star. Another thing you have to take into account is that the road is extremely tricky with a lot of turns and low quality so the trip is not very comfortable. As a person who gets easily nauseous I suggest that you take a pill or two beforehand and you will be alright, as was I. But considering the fact that the inconvenience because of the road is inevitable, I suggest not spending a lot of money for this excursion. Overall my boyfriend and I enjoyed the trip and we are very pleased with the company, so we are suggesting this daytrip to everyone that has the necessary patience.
...Meer lezen

Definitely the right way to get from Marrakesh to Fes

Olli
Merzouga desert tour 3 days from Marrakech to Fes | mrt 2020
There are a million places to book the exactly same trip, and prices vary very much. I booked the medium-priced option from here, which turned out to be a good deal. I was the only one from our group who had some kind of itinerary sent to me via WhatsApp - it was nice. I could also give feedback and agree on the details of pickup. The first night hotel for me was La Fibule Du Dades. I highly recommend it. The room was very nice and comfortable, the dinner and breakfast were really good, but what made the place special was the atmosphere with a late-night Berber jam session with the hosts. I eventually spent the desert night at the luxurious camp. It was nice, but the camp created some light pollution - there was surprisingly lot of it in the desert, so even if there were a million stars, you couldn't really see the Milky Way. Along the way we stopped to see some nice locations, but also had a couple of what I think were unnecessary stops: Ouarzazate (which was only a 20-minute stop anyway) and a stroll on some plantation in Tinghir. The biggest complaints are these: 1. Even though I had the itinerary, still things were happening by surprise. It was most annoying when arriving to the camel trek site and everybody started yelling at me to get on my camel while I had all my stuff unprepared. A tip 5 minutes earlier on things to come would help tremendously. Feels stupid to travel 10 hours to a location only to have 10 seconds to adjust to what's to come. Just keep your calm whatever happens. 2. The guides at each stop have to be paid at least some, even if not mentioned in the itinerary, and even if you'd rather have done without a guide. They will also take you to restaurants where everything costs 100 dirhams, but if you just go to a regular one next door the prices are half of that, so you aren't exactly forced to come - just expected to. If you keep this in mind and just accept it, you won't be disappointed. 3. The trip to Fes didn't go according to any itinerary, I was the only one from my group who wasn't returning to Marrakesh. So I waited and eventually was picked by some random taxi with a few people and not enough working seatbelts. The journey went well, but nobody had a clue what's happening other than we were heading to Fes. You may also forget about the English speaking drivers, but they did their main job, driving, well. All in all, a journey definitely worth every cent. Lots of experiences gained, and traveling through Morocco with Berber music playing in the car was also really nice. The only real disappointment was the Milky Way couldn't be seen, so keep that in mind if that's the main thing you are expecting, too.
...Meer lezen

Christopher_O
Ouzoud Falls Day Trip from Marrakech | mrt 2020
Got a free day in Marrakech? Great way to use it. Long drive but easy, views are amazing. Solid guides
...Meer lezen

Ivan
Ait ben haddou and Ouarzazate day trip | mrt 2020
Breathtaking! and an incredible views in every direction. It was an experience of a lifetime. _________
...Meer lezen

Megan_H
ATV Quad biking in Marrakech desert palmgrove | feb 2020
Could not rate this experience any higher. Me and my sister enjoyed it THOROUGHLY. There was initially a little mix-up regarding pick up but this was resolved efficiently and pretty much straight away. We opted to buy the professional photos which was about 20 photos for 150 dirham, which is approx £12, well worth the money. All staff was very polite. Would recommend to any one.
...Meer lezen

vsimons
Private transfer in Marrakech : Arrival and departure | feb 2020
Reserved a driver to take us from Marrikech airport to hotel. Never having traveled to Morocco, I was nervous about the arrangements. I communicated with the driver a few times before departure and once during the trip. He always got right back to me & gave specific instructions. Our bags arrived about an hour after we landed, but the driver waited for us & was exactly where he said he would be. I always hire Viator because of their dependability & they’ve never disappointed.
...Meer lezen

Bianca C
Marrakech paragliding at Agafay Desert | jan 2020
A MUST-DO if you're visiting Marrakech and looking for a memorable flight and a great story to tell. Mehdi, the event manager, has impeccably followed my experience personally since the day I booked the ticket until the drop-off to my hotel after the flight . Mourad was my instructor for the day and made it super fun and enjoyable - he's highly trained, skilled, besides: an amazing person! Overall I'd recommend anyone to try this out - you definitely won't regret it and will collect some pretty awesome pictures and videos. Thank you guys for the magical day! All the Best!
...Meer lezen

kevinwill4
ATV Quad biking in Marrakech desert palmgrove | nov 2019
A good quad bike experience which included a stop for tea and bread. It was fun riding the quads through the palms. Pick up was confirmed in advance as well. Nothing to worry about.
...Meer lezen

Trip worth your money and time

Nadeem M
Essaouira Day trip | okt 2019
Picked us up from our hotel to a center place . There was slight confusion which group we are going to join. Once that got sorted out we were on our way. Our driver was very nice and accommodating. He stopped at a restaurant for us to get coffee and drinks and use the restroom. He then stopped at “goats on the trees”. Gave us enough time to take pictures and actually helped us to take pictures. He then stopped at a place where Argan oil is extracted. Our next stop was at essaouria. He dropped us and told us that he will pick us up at the parking lot in 5 hours. That gives us enough time to explore the beach and town . The highlight of the trip is one of best sea food We ever had. There are number of small shacks where the have fresh sea food caught that day , you pick and they cook for you. If you like seafood must try it. You can shop but remember you need to bargain to get good deals
...Meer lezen

Roving152783
Essaouira Day trip | aug 2019
Grumpy unfriendly driver, driving a dirty old and uncomfortable minibus. No air conditioning in 35 degrees heat. The driver picked us up at 08-15 and then made 3 or 4 other pick ups before we actually set off so we did not arrive in Essaouira until 12-30 some 4 hours 15 mins later even though he drove like a maniac overtaking other vehicles sometimes in my mind dangerously.it really was a white knuckle ride The minibus had very hard suspension so you felt every bump on very bumpy roads, the driver refused to put the air conditioning on even after being requested to do so 3 or 4 times. The minibus was dirty and had drink stains over the inner walls and looked like it had not been cleaned interiorly for a very long time. Overall not a very good experience 7-8 hours travelling to spend around 3hours 30 mins in the town. would I recommend this excursion....Nooooooooo
...Meer lezen

Lisa S
ATV Quad biking in Marrakech desert palmgrove | jul 2019
Really good experience well worth the money. You will get dirty. Staff helpful. Must be confident as leader will go fast and hard to keep up.
...Meer lezen