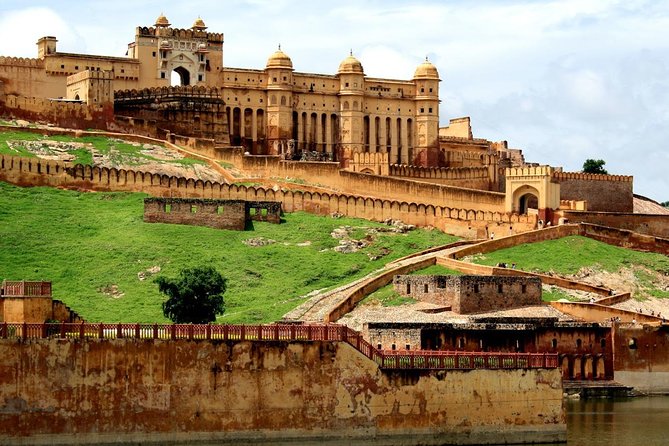 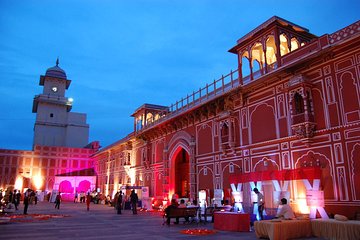 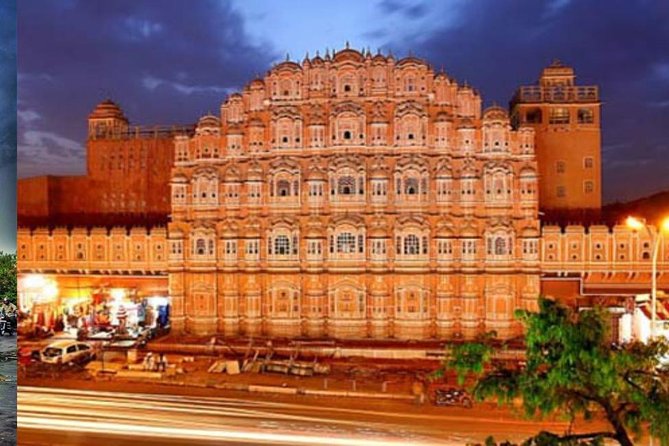 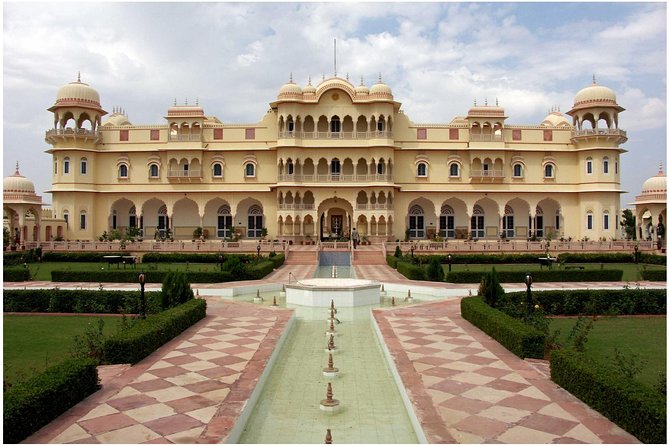 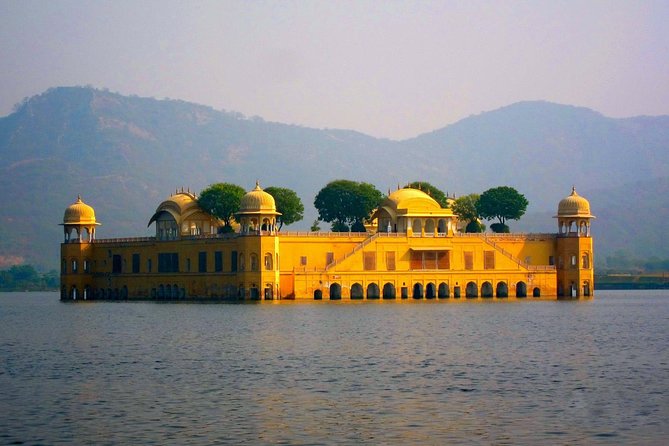 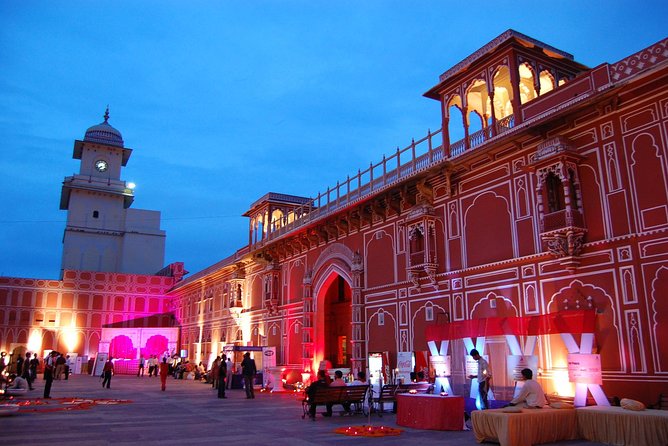 4,0
3 beoordelingen
5 sterren
4 sterren
3 sterren
2 sterren
1 ster
Beoordelingen van Viator-reizigers
The driver picked us up at the hotel...
Del
, sep 2018
The driver picked us up at the hotel promptly. He delivered us to our seats on the train, which helped greatly since the train station was unfamiliar to us. In Jaipur, the local guide was not waiting for us on the platform, and we didn't know what to do, so we waited. Shortly thereafter, he rushed up and said he had been waiting outside. Once connected, he was very knowledgeable and we enjoyed his detailed information, and the various stops he and the driver made. At the end of the day I was concerned because he wasn't sure whën our train was leaving, and my phone battery was running low. He took us to the train, and was willing to escort us to our seats, although he said it was not part of his job. On the way back to Delhi, I was very concerned because we had not been told where the driver would be picking us up. As it turned out, he was waiting on the platform at the exact stop where we disembarked from the train. I think Viator, should have told us exactly where the drivers were going to pick us up. Carrying a sign with our names on it, would have been reassuring.
... meerMinder

Sightseer13444543575
Private Taj Mahal Agra Overnight Tour from Delhi | dec 2018
If you are in the region, the Taj Mahal is definitely the must see place of interest.We were contacted via WhatsApp by Agra Trip a few days before the tour.Seeing the Taj Mahal as well at sunset as at sunrise was really an unforgettable experience.The additional visits to the Agra Fort, the Baby Taj and Fatehpur Sikri made the experience complete.Our experienced driver drove us calmly through the often very chaotic Indian traffic.When doing this tour take into account that there are also a few stops at local shops.
...Meer lezen

I had a wonderful trip and was well...

I had a wonderful trip and was well looked after by Agra trip during my visit to India. I was explicit in terms of what I wanted to achieve during this trip and Vishnal my guide did everything in his ability to fulfil it. He clearly was very experienced in terms of local knowledge and of the sights. He knew of the best ways to beat the queues and arriving at the right place and right time before sunrise at the Taj while giving the best context and colour on the rich history and culture of Agra, the gemstones and Taj Mahal. He was willing to go the extra mile to ensure I was looked after. A few usual shopping sites are expected as part of the tour package but you only purchase out of self will.

Sudhir my driver was equally professional and good as he managed to drive with ease through some difficult roads. At one point the toll gate for a highway was not working and he managed to get us out of the troubled gate through some negotiation. His car was comfortable and he also was able to offer the best route for the trip there and back from Delhi to ensure my maximum comfort.

Agra trip can consider adding Jaipur into their tour package to further enrich the experience.

Thank you to Vishnal and Sudhir for a fabulous trip. Memorable experience that everyone ought to try out!

A very nice tour with some very...

A very nice tour with some very spectacular sites. The best time to visit the Taj Mahal really is the early morning with smaller crowds and the gentle light of the rising sun. There is some improvement that could be had with the execution of the tour. The first is to make certain that the guide is well versed in the described itinerary. The Viator description clearly states the sites to be visited Day 1 is Agra Fort, then the Tomb of I'timād-ud-Daulah Baby Taj, and Mehtab Bagh. I do not know if the lack of communication was between Viator and the tour company or the tour company and the guide, but these were the sites we expected to see on Day 1. Unfortunately, after Agra Fort and a stop for lunch, we went to a rug weaving demonstration and store. Then we went to the Mehtab Bagh and completely missed the Tomb of I'timād-ud-Daulah as we apparently did not have enough time for it. The views of the Taj Mahal at Mehtab Bagh were very nice except that the park closes before sunset so we had to leave prior to the sun going completely down. Another opportunity for more truth in communication in the itinerary description. Not a major flaw, but a nice to know item. After dinner, we asked about seeing the Mohabbat the Taj show. Apparently, our guide was completely not aware of this. Had we not mentioned it, we would not have been able to see it at all. We arrived slightly late but in enough time. This was due to the responsiveness of our guide and driver in reacting to our request to see the show and acting quickly to make it happen. Throughout the tour, we were very pleased with the service provided by the driver and guide but it might have been much easier on them had they been better versed in the itinerary.

Day 2 was the pièce de résistance, the early morning visit to the Taj Mahal which lived up to our expectations in every way. After return to the hotel and breakfast, our guide suggested a visit to the marble inlay workshop store and selling opportunity. We suggested a visit to the site mentioned in the itinerary Fatehpur Sikri first which our guide was happy to accommodate us with. So here is the second suggestion on how to improve the tour. Make certain the primary emphasis is on the sites advertised in the itinerary, NOT on the commercial sales sites. That is the primary reason we sign up for the tour. If the tour is planned out correctly, then we are more than happy to visit the stores and consider making purchases. But not at the expense of not seeing all the sites we expected to see. After lunch, we did visit the marble inlay store. We did NOT circle back and visit the Baby Taj.

One last mention, the hotel was adequate but in the tour description, it makes no mention that the rooms are double occupancy. This may not have been a deterrent to taking the tour but in our case we were 3 men and 3 women who are work colleagues so the arrangement was not acceptable. The tour operator was able to offer another room for an additional 80 so we could share two rooms and have 2 singles so that everyone was appropriately accommodated however, this is an important disclosure that must be made upfront. Especially as our normal travel accommodations are private rooms.

Great Services. Hotel is nice too. I...

Great Services. Hotel is nice too. I enjoyed the trip and the major sights