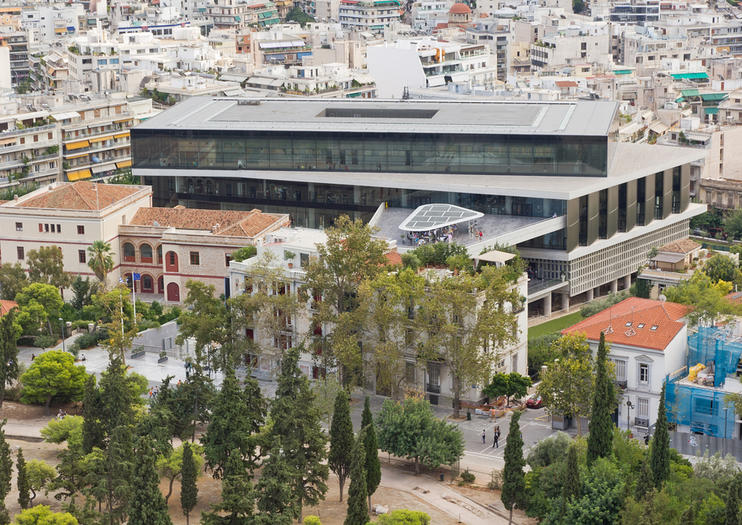 Until the 17th century, the Acropolis stayed largely intact until being hit by gunpowder, a Venetian bombing and tourists. After the creation of the Greek State, it was decided that a museum was needed to protect the heritage of Ancient Greece. The first museum was built in 1865 but it was replaced in 2007 with the new 25,000 square meter (6.2 acre) museum near the base of the Acropolis.

Today the Acropolis Museum (Museo Akropoleos) houses original pieces from the temples of the Acropolis. In the Parthenon Gallery, the famous marble frieze is recreated with both original marbles and casts.

The Archaic Gallery has statues which pre-date even the Acropolis itself, and the Gallery of the Slopes of the Acropolis shows items used by earlier settlers.

Akropolis van Athene, Nieuw Akropolismuseum en Grieks diner
berniedrury
, okt 2019
Maria de gids was erg goed. ze was in staat om alles over de Akropolis uit te leggen op een manier die we konden begrijpen en met enige humor. Het restaurant was uitstekend en het eten was leuk.
... meerMinder
A Grand Tour Through Grand Ruins
233karlah
, jul 2019
We highly enjoyed this tour. Stelio, our amazing guide, provided a lot of interesting details and made it very enjoyable, even for my 14 year old daughter and despite of the variety of topics that are covered. We came to Athens just to visit the Acropolis and learn about Ancient Greece. This tour fully satisfied our objective and I strongly recommend it! Thank you!
... meerMinder
Wonderful guide, very informative/knowledgable.
Tour30766687224
, jun 2019
Tour and dinner wonderful. Very crowded and hot but we managed. Recommend on documents put meeting time as I had to call for start time. Tour identified as full day with dinner but I felt it wasn't a full day as advertised.
... meerMinder