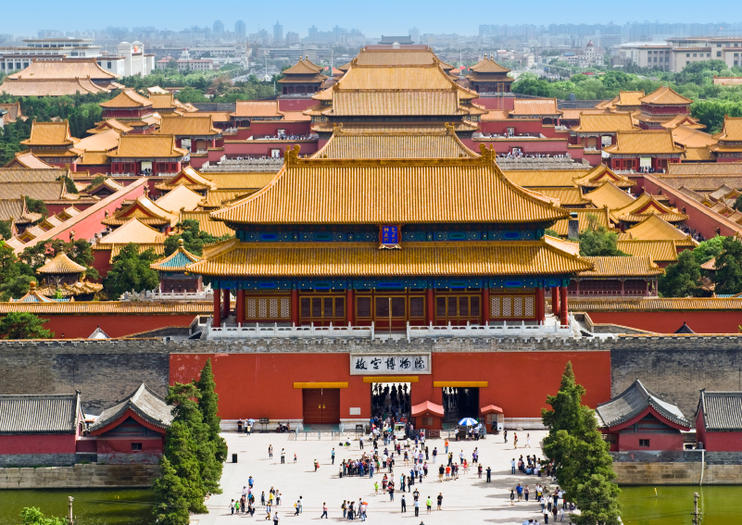 Have you ever wondered what's so forbidden about the Forbidden City? It's called that because it was closed to the outside world for 500 years. This was the seat of the Ming and the Qing emperors, and no one could enter - or leave - the imperial domain without their permission. These days, the Chinese mainly call it Gu Gong, or Former Palace.

The Forbidden City, or Beijing Imperial Palace, is BIG - you'll need to allow at least one day for your visit. UNESCO have listed it as the largest collection of ancient wooden structures in the world. There are nearly 1,000 rooms in over 800 buildings. However, because it's been ransacked by invaders and gutted by fire several times (wooden buildings, lanterns, you do the math) most of the structures date from the 18th century on.

Good and easy process
Daydream701608
, dec 2019
For us it was very simple. We reserved the tickets and so we were able to skip the line. Nothing more but perfect for us to enjoy this experience.
... meerMinder
Fantastic and beautiful look into life in the Chinese Imperial Court.
RoLeeSun
, nov 2019
Don't be overwhelmed by the masses of humanity at the entrance. Once you get deeper into the palace ,it is so immense that you can can wander around and get away from the crowds. To call this complex grand is an understatement. It dwarfs Versailles. The treasures displayed in the inner palaces are beautiful. I would recommend watching either The Story of Yenxi Palace or Empresses in the Palace before visiting. It will give you a better appreciation of life in the palace and the back alleyways
... meerMinder
Forbidden City is a Beijing must
rion1800
, sep 2019
If you're visiting Beijing, the Forbidden City is a must. Buying the ticket online makes you save valuable minutes on your visit, so it would be wise to purchase the admission tickets from here.
... meerMinder