Game of Thrones Tours in Dubrovnik 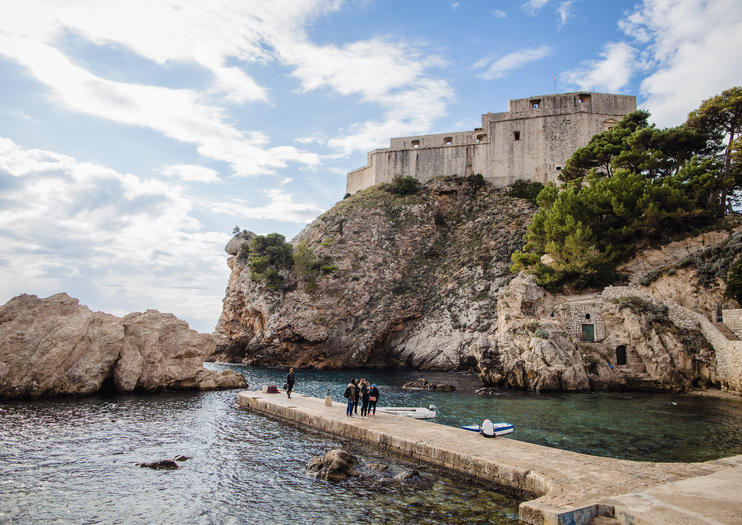 On Game of Thrones, the iconic red-tiled roofs of Croatian city Dubrovnik have been transformed into King's Landing, the seat of power in the Seven Kingdoms. Follow in the footsteps of the show's characters at these scenic filming locations.
Dubrovnik Old Town as King's Landing
This UNESCO World Heritage Site has reprised its starring role for multiple seasons as the filming location for King's Landing on Game of Thrones. Retrace the route of Arya Stark through the narrow streets as she made her daring escape from the Lannisters, and tour the city walls where Tyrion Lannister helped defend King's Landing during the epic Battle of the Blackwater.
Trsteno Arboretum as King's Landing Palace Gardens
Take a walk through this peaceful park, one of the oldest arboretums in Croatia, exploring the wide variety of exotic plants and thousands of tree species. The park's idyllic setting served as a key filming location during the show’s third season.
Lovrijenac Fortress as Blackwater Bay
This sturdy defensive site has been helping dissuade enemy armies from attacking Dubrovnik since the 11th century. Given its history, it’s no wonder that the Thrones production team gave the fortress a starring role during the season two Battle of the Blackwater.
Island of Lokrum as Qarth
This enticing island lies just 15 minutes from Dubrovnik by road but feels worlds away—at least on Game of Thrones. Lokrum was used as the city of Qarth, where Daenerys Targaryen spends time during season two. The island's botanical gardens and former Benedictine monastery both made appearances on the show.
Want to explore all of the Thrones' seven kingdoms? Other spectacular filming locations can be found in Iceland, Northern Ireland, Spain, and Malta.
Meer lezenMinder weergeven
Tours en activiteiten in Dubrovnik (4)
Filteren
•