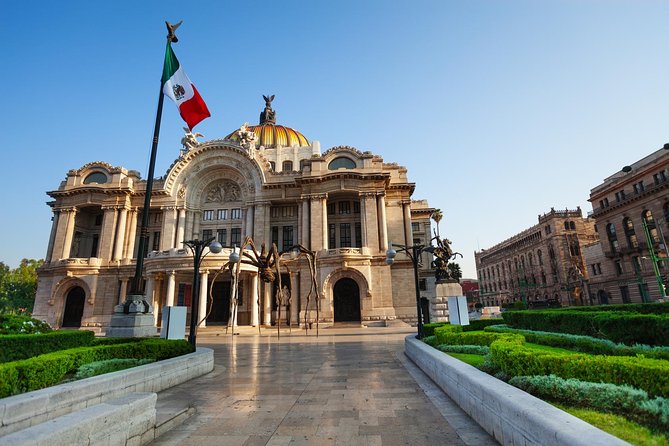 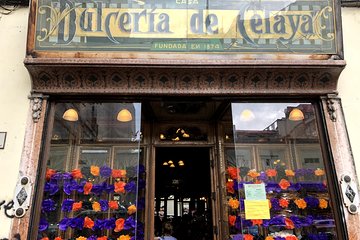 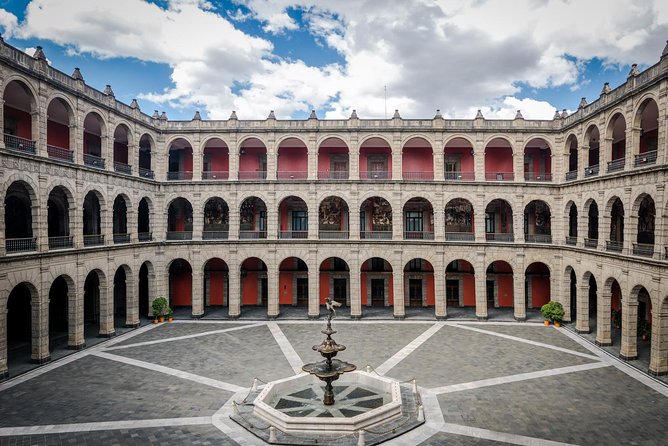 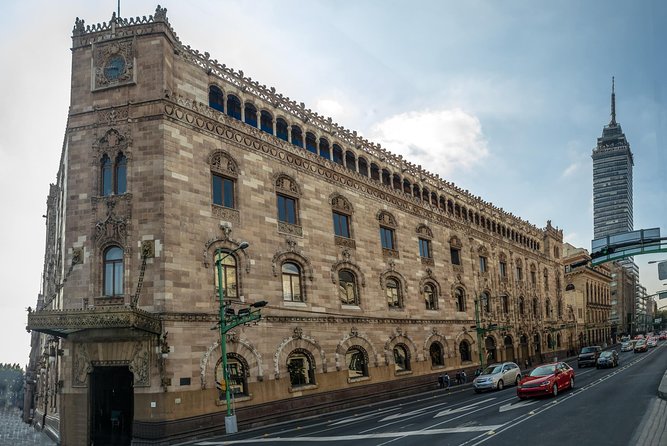 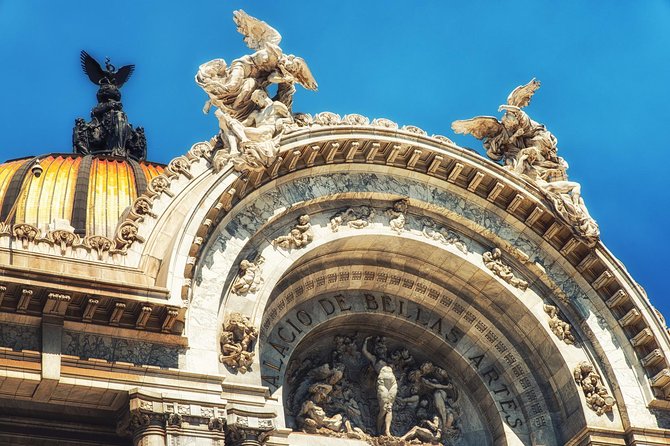 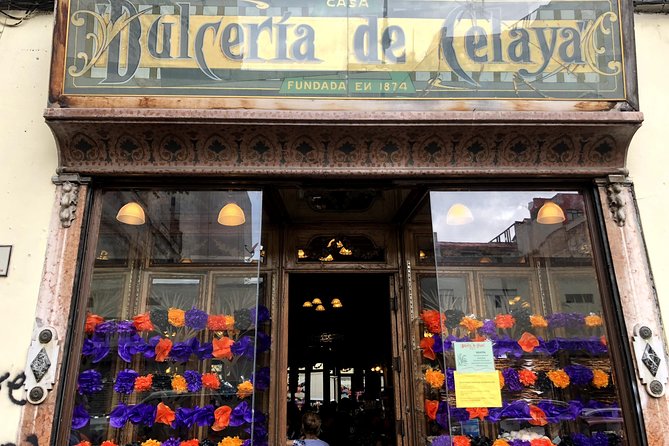 2,0
1 beoordeling
5 sterren
4 sterren
3 sterren
2 sterren
1 ster
Beoordelingen van Viator-reizigers
Hard to understand
Mike W
, okt 2019
Our tour guide was very nice and kind and was very patient with our bathroom breaks and rests. Despite what I say below I’m sure if he was to give the tour in Spanish it would have been a better experience than we had. Our tour guide’s English was very broken and it was exhausting to listen to him. I felt like most of the time that he had a hard enough time making a point in English that we usually missed his main point making it a very generic, boring explanation. To make matters worse he would only talk loud enough for those standing right beside him to hear. He also would start talking the moment he arrived at the next destination without waiting for the group to arrive. We started at the Palacio de Bellas Artes and we only spent 5 minutes outside and never went inside despite the tour listing talking about the inside. We never stopped at the cake store and there was no mention of the quinceñera or baptism customs. The stop at the candy store started out nice but went about 10 minutes longer than it should have as he tried to work out getting a “factura” for tax purposes and splitting the bill since I bought more than his tour budget allowed. This while the tour group was waiting outside. One of our stops was supposed to be the Palacio Nacional but it was temporarily closed. This may have been outside of the tour guide’s control but it was definitely disappointing and something I feel the tour company should have planned for. We were definitely looking forward to the Diego Rivera murals. He tried to make up for it by taking us to another cathedral but that one was closed as well. The Templo Mayor was a great place to visit but again I would have much preferred reading the placards to listening to the tour guide.
... meerMinder

Lisa_T
Archaeological Area Monte Albán | mrt 2020
Hector was very knowledgeable and professional. He showed us the highlights of Monte Alban and also gave us some to explore on our own. Also, his car was spotless inside and out
...Meer lezen

jetjunior
Turibus Hop On - Hop Off Mexico City Tour | feb 2020
The bus left our initial location and it was approximately 10 minutes until we got headphones so that we could access English translation. Later when we went looking to pick up the bus at two prescribed locations and neither was in operation. We had no notification of the closures.
...Meer lezen

antonradiev
Basilica of Guadalupe and Pyramids of Teotihuacan | jan 2020
Our tour guide was awesome. Very knowledgeable and highly recommend him. We were just 6 people and he was very attentive.
...Meer lezen

nmalanizjr
Turibus Hop On - Hop Off Mexico City Tour | dec 2019
Caught the busy fairly early and young lady helped us as all we had was as digital ticket. Very easy to deal with. Enjoyed the circuit very much. Gave us the lay of the land.
...Meer lezen

Horrible experience! No show!!!! No explanation!!!

yanshen66
Turibus Hop On - Hop Off Mexico City Tour | dec 2019
You would waste most of your time in traffic jam and waiting for the buses, if you decided to purchase the ticket. Subway is much faster and only costs 5 pesos.
...Meer lezen

Not what is advertised

Dee_Avendano
Cuernavaca & Taxco with Lunch | nov 2019
1. No one contacted us to confirm our reservation or tell us where and when to meet. We reached out using 2 of the phone numbers listed, but had difficulty getting an answer. Finally, we received an answer and were told that we would be met in our hotel lobby at 8 AM by someone with a placard with our name stated. We waited and waited, then called but received no answer. I used the Viator app to communicate with the company, but again, never received a response. Our hotel was extremely busy with tour busses and vans coming and going and needed to ask everyone of them if they were going to Cuernavaca. At 8:50 AM, I approached a van that said that’s where they were headed. We boarded a very hot, cramped 12 passenger Toyota van that had no leg room for anyone over 5’8”. 2. This tour was not provided in English as stated. Our guide spoke only Spanish, so I missed the entire historical narrative. I was told that we might be able to get a guide in Taxco to help. 3. Our first stop was Cuernavaca, where we spent very little time and saw 1 attraction, which was a church. 4. On to Taxco... I was met by a guide that basically directed me where to shop... 5. This is not a 10 hour tour... it took 12 hours to complete, with approximately 8 hours of being cramped in a tiny van. 6. I would not recommend this tour company to anyone. Julia Travel Mexico Is the name. 7. Amigo Tours is highly recommended. Last Christmas we did a 2 day combo tour of various sites in and around Mexico City and they were far more enjoyable.
...Meer lezen

beausoleilalan
Turibus Hop On - Hop Off Mexico City Tour | nov 2019
I really liked taking the tours throughout Mexico City. Pluses on the tour were even though I do not speak Spanish the options to plug in the provided ear buds helped. The recorded guide provided a lot of interesting facts. Don't worry about the headset being used by others as they provide a brand new set which was sealed. There were 4 tours available: red, yellow, green, and blue. I would recommend booking 2 days of the tours as you will not have time to see all the attractions in 1 day. book red and any other color except for green and then green and another color to get in the most you can. I learned a lot about Mexico City. There is so much to see and do here. A awesome visit and very nice people. A Great Tour. - Alan - Phoenix, Arizona USA
...Meer lezen

Didn't pick us up or respond to emails

mindyb700
Tule, Teotitlán del Valle, Mitla & Palenque de Mezcal | okt 2019
Unfortunately this tour operator appears to have gone rogue. After booking the tour and paying through Viator we never heard from the tour operator. We sent emails and whatsapp messages as well as called to verify our tour. Viator also could not reach them. So we waited for our pick up and they never arrived. Viator refunded our money and we spent the day trying to find other things to do. A bit of a dud of a day when your tour cancels and you don't have time to book another.
...Meer lezen

Not for non Spanish speakers

Franziska K
Coyoacán, Xochimilco, Frida Kahlo & Anahuacalli Museums | aug 2019
I was the only non Spanish speaker in the van, therefor most information was given in Spanish and only short summaries were given in English
...Meer lezen

Normally lo ve but did not take