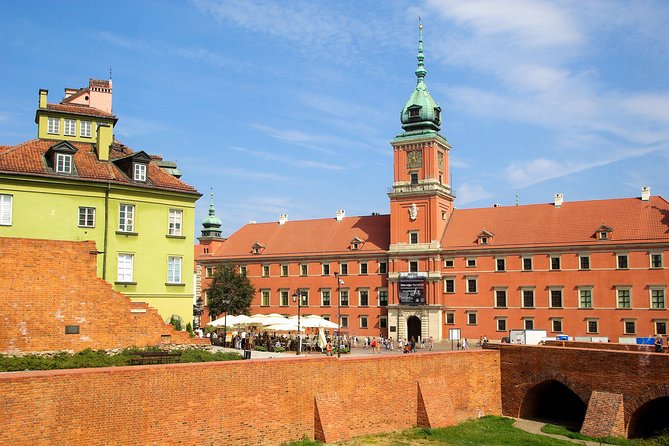 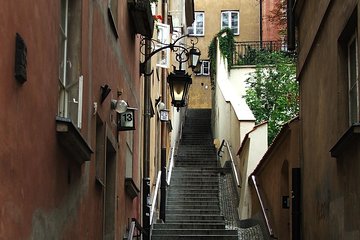 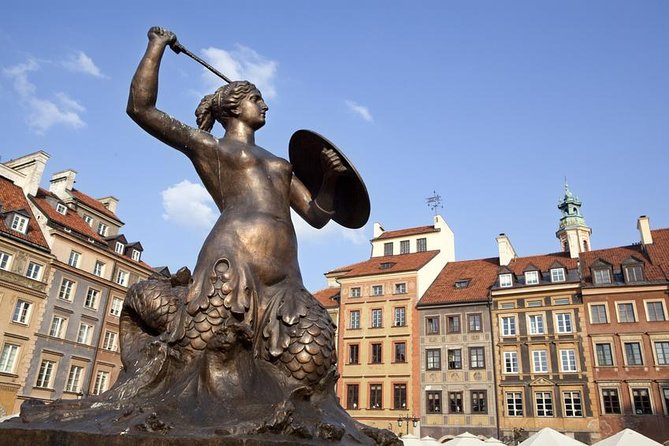 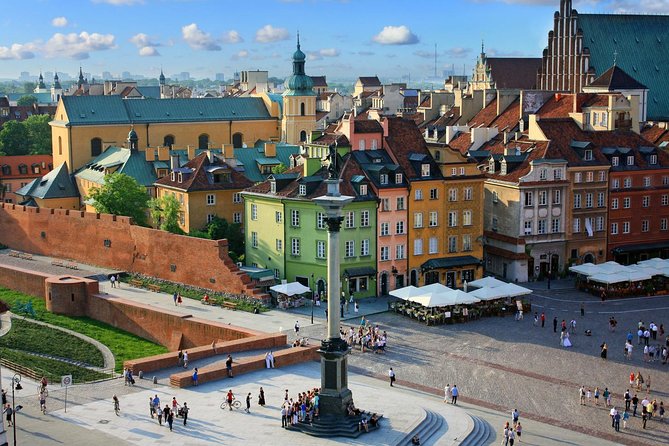 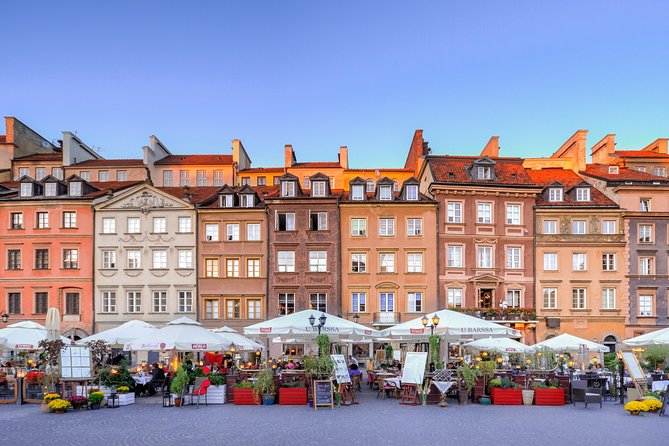 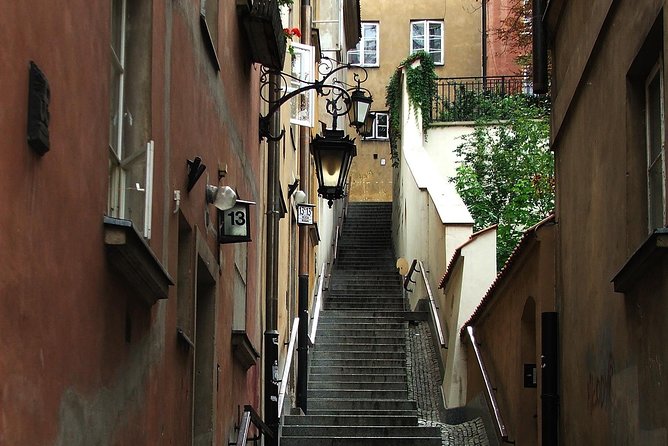 gabicioata
Auschwitz-Birkenau Guided Tour from Krakow | nov 2019
Firstly I would like to thank the company "escape2poland" for the greatly organized trip and the kind driver who was always making sure everyone was alright and living the experience. He brought us our tablet from the bus when we were already in the camp and acted as well as a 2nd tour guide for me and my boyfriend (great service)!! We also received a snack (delicious polish cake) and water. Secondly, i would recommend everyone to visit the Auschwitz camp for a better understanding of history. I ve been there 2 times as I believed I was too young on my first visit and it was a great choice. Dziecje :)
...Meer lezen

liverp00l62
Auschwitz-Birkenau Guided Tour from Krakow | okt 2019
A sad but good day out. Driver was cheerful and helpful and guide was very informative. Felt the trip was well worth what we paid
...Meer lezen

CamboTheGiant
Private Schindler's List and Jewish Heritage Tour in Krakow | okt 2019
Our tour was on a Saturday and as a result most the Jewish Synagogues and the Cemetary (with exception to the Old Synagogue) were closed for The Sabbath. This was disappointing but my mistake. Despite this there was only 2 people on the tour and our tour guide was very friendly and knowledgeable. She showed us around all of the sites explaining the history and significance of each. We observed a lot of the architecture and listened to some interesting stories about the places visited. Schindler's Factory is a great exhibition although I would recommend getting a guided tour of the factory (additional to this tour) as it is very large and a lot to take in on your own. Our guide recommended places top eat and drink we we did and we were not disappointed. Everywhere is easy to walk to. Highly recommend (But check Jewish Religious Observations/Holidays before booking if you want to access these areas)
...Meer lezen

msjeb
Auschwitz and Birkenau Tour from Warsaw | sep 2019
Incredibly awesome tour. Guide was the best! He gave many details I had never heard. Driver was also very good
...Meer lezen

A must do when in Krakow

Jazzie123_10
Private Schindler's List and Jewish Heritage Tour in Krakow | aug 2019
Our guide was very knowledgeable and informative. We enjoyed a walk around the jewish quarter while learning about the very sad chapter of Jewish history in Krakow during WWII. The museum was amazing!
...Meer lezen

pollyjcobb
Auschwitz-Birkenau Guided Tour from Krakow | aug 2019
Our tour guide was sensational. However, we were disappointed in the tour company. I called specifically to make certain that the description on the internet for a small van and a group of only 10 was correct. We were picked up by a bus with 25 - 30 people and in a group of the same. While our tour guide was superior, there were so many simultaneous tours that they interfered with our ability to hear our guide on numerous occasions. Regardless, this is a must see. It helps us realize that only we can prevent this atrocity from happening again, and realize that it could.
...Meer lezen

Sonya N
Auschwitz-Birkenau Guided Tour from Krakow | jul 2019
Brilliant tour company. The guide was great. We all learnt a lot. I would highly advise taking this tour.
...Meer lezen

Wouldn't use this company

MF238
Auschwitz-Birkenau Guided Tour from Krakow | jul 2019
So my overall review is not based on Auschwitz itself or the lady that was our guide there, but more on the person that picked my group up in Krakow. First the positives: The tour agency was good with communication up until the date of the tour. The lady guide at Auschwitz that took us around was amazing! It was an experience (although heavy) I would recommend to do if you are in the area. Negatives: From the moment I showed up the driver had an attitude. He was rude, and acted like he didn't want to be there. Other than telling us there was going to be a video and a short brief on how the day was going to go (which no one in the back could hear), he said nothing the entire trip over or back. Once we got to the first stop, we had a 10 minute break for which to use the bathroom, grab a snack, etc... At no point did he preface that if we bought a coffee/drink that we wouldn't be able to take it with us, so half the group bought drinks and either had to dump it out or chug it because we had to get going on our guided tour. The only time he (the driver) seemed mildly friendly was when he passed out water and a snack mid-day. Once we got back to Krakow and walked off the bus he didn't bother saying "bye", "thank you", or anything. Maybe he was having a bad day, I don't know but based off my experience I don't recommend this particular Auschwitz tour. Lastly, the Viator description of this tour says it's limited to 10 people or less. There were almost twice that. I don't know if it is a Viator misprint or the local tour company.
...Meer lezen

scohen2018
Auschwitz and Birkenau Tour from Warsaw | mei 2019
The driver was excellent, but there was some delay in actually starting the tour once we arrived as we had to wait for another group. The tour guide through the facility was outstanding, very knowledgeable, excellent English, appropriate demeanor for such an awful sight, and answered questions well. Very patient with slower members of the group. The facility is overwhelming. Something everyone should see so that we hopefully will never do again.
...Meer lezen

nomz33
Auschwitz-Birkenau Guided Tour from Krakow | mei 2019
Pickup was on time, but be aware the location is 10 minute walk outside main city center. Guide was very good and informative. Adequate time for breaks and we were back on time.
...Meer lezen

Ronald M
Auschwitz-Birkenau Guided Tour from Krakow | mei 2019
We loved the tours provided at Auschwitz. Great guide and great organization from our driver. Really glad we got to go and had the guide we had. We were very happy regarding the tours at Auschwitz, exactly what was promised. The problem I had was that everyone on our tour had 6AM as the pick up time with a stern warning that the driver would leave promptly at 6 am and not wait. Well only one person in the group of 20-24 people on this tour had 6:15 as a pick-up time everyone else had 6 AM just I did. The driver pulled up at 6:15, with not a word as to why he was late. Very frustrating when you got up at 3:45 to make a 6 am pick-up via public transportation and you stand on a dark street corner for 45 minutes waiting. I did call the company office in the UK before leaving the states and verified the pick-up would be at 6 am. So needless to say, I was unhappy with this aspect. Otherwise fantastic tour.
...Meer lezen

Departure47799188908
Auschwitz-Birkenau Guided Tour from Krakow | apr 2019
We had an early start for the tour but this was the right thing to do. We arrived for opening time and got in straight in, the small group was large enough to walk around together. The guide was excellent. A sad and distressing tour but one I would not miss.
...Meer lezen

Schindler factory should have been included & was not. Good but VERY EXPENSIVE