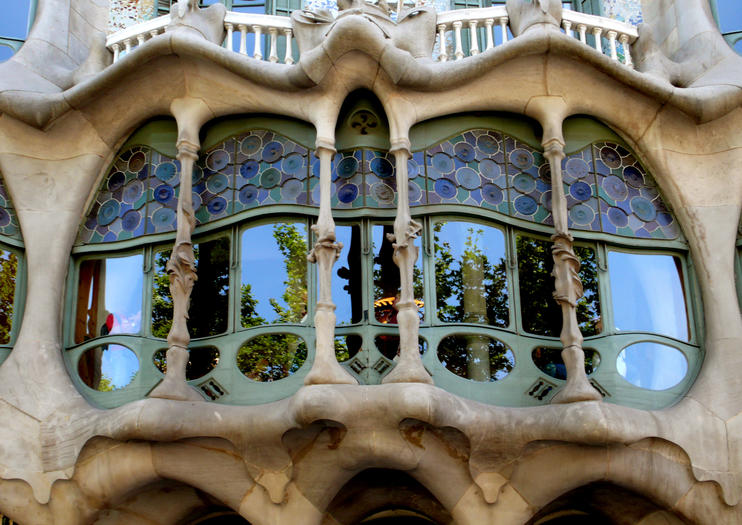 One of Barcelona’s most fanciful works of architecture, the elaborate Casa Batlló was built by Catalan architect Antoni Gaudí between 1904 and 1906 and stands on the famous central avenue of Passeig de Gràcia. The building was commissioned by its namesake Josep Batlló and forms one of a number of innovative structures on the street, locally dubbed the 'Mançana de la Discordia' (‘apple of discord’).

The original 19th-century building was completely remodeled Gaudi with an elaborate Art Noveau façade. Inscribed on the UNESCO World Heritage List in 2005, the Casa Batlló has become one of the city’s most memorable tourist attractions and is often nicknamed the ‘House of Bones’, thanks to its contorted window frames and skeletal pillars.