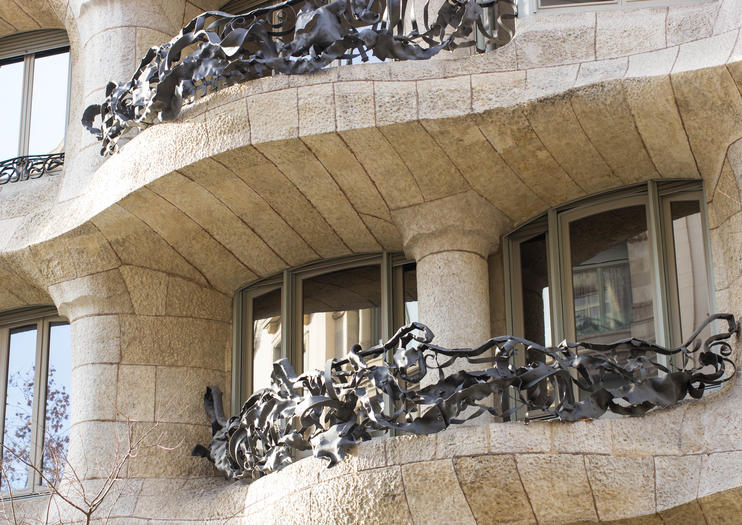 Officially known as Casa Milà, also known as the Milà House, after the man who commissioned the project, this building is called La Pedrera - The Quarry - by the locals because of its uneven stone exterior. One of Gaudí's several works dotting the city , La Pedrera was started as a dual apartment and office block for the bourgeoisie.

Though unfinished, the structure is a popular tourist attraction, where you can visit a floor decorated in the style of its era. The biggest feature to La Pedrera is the rooftop, where you'll find several impressive chimney pots shaped into what look like medieval knights. A fascinating structure, La Pedrera is recognized both as a symbol of the ridiculous opulence of the Catalan elite as well as one of Gaudí's most interesting works.

Admire a reconstruction of the Milà's original apartment, which shows how the inhabitants of this quirky masterpiece once lived Climb curved stairwells to the roof terrace, marvel at the building's peculiar chimney pots, and see the city from a unique perspective
...  Mer
Fra
USD 36,73
Fra
USD 36,73
Finn ut mer