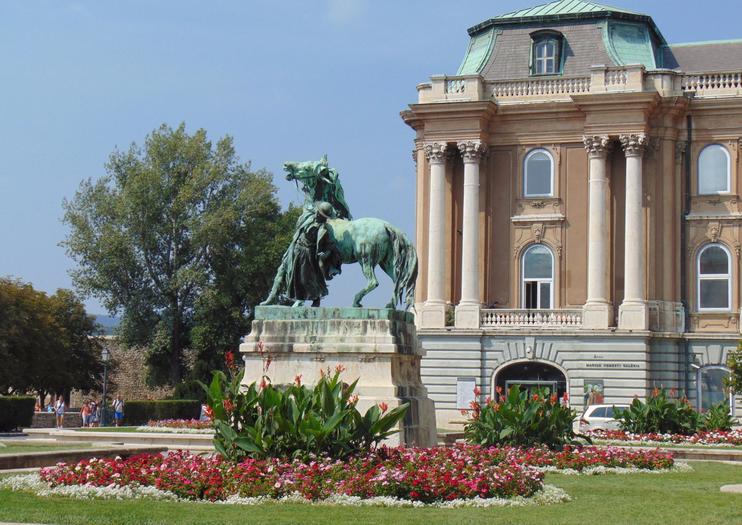 Located within Buda Castle, the Castle Museum has served as headquarters for the Budapest History Museum—with several locations across the city—since 1967. More than 2,000 years of the capital’s history are present across the museum's five permanent exhibitions spaces, through multimedia displays, restored rooms, and ancient artifacts.

The Basics
Budapest history comes alive at the museum, and with a city discount package, you can access to the Castle Museum along with other top city attractions. Start your exploration of the museum’s four levels beginning in the basement, and then work your way up for comprehensive insight into Budapest’s religious, social, and political heritage.

How to Get There
The museum is located in Buda Castle’s E Wing. Visitors can enter the main foyer from ground level or access the underground vaults via the Royal Gardens. Hop-on hop-off bus services provide easy access to Buda Castle, as does the Castle Hill Funicular and city bus No. 16.

When to Get There
Castle Museum is closed on Mondays and has reduced midweek opening hours in winter. Buda Castle hosts a program of annual events, including a summer craft festival and winter wine festival, and access to the museum is often included with a festival ticket.

Budapest History Museum
Now a multibranch organization, the Budapest History Museum dates back to 1887, when the Municipal Museum first formed. The archaeological Aquincum Museum followed in 1894. The collection was exhibited in several locations over the years, with several name changes, and eventually expanded to include Budapest Gallery and Kiscelli Museum. Today, the group is responsible for these four main branches, as well as some smaller attractions, including Bartók Memorial House.
Adresse: Szent György tér 2, Buda Castle Building E, Budapest, Hungary 1014, Ungarn
Les merVis mindre