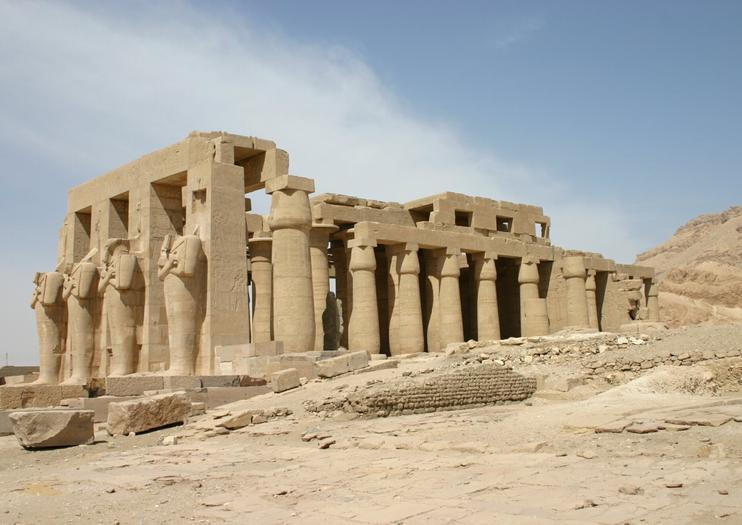 While not as well preserved as nearby Medinet Habu, this mortuary temple dedicated to Ramses II, dating to 1258 BC, still has more than enough to interest the visitor. In the inner sanctuary, for example, the majority of the columns in the hypostyle hall are still standing, as are a number of osirid statues standing sentinel at the entrance, albeit mostly without heads.

As is typical with such structures, giant wall reliefs trumpet the pharaoh’s military accomplishments and proclaim his immortality. But also on view are parts of the fallen Colossus of Ramses, which in Shelley’s poem Ozymandias (“Look on my works, ye Mighty, and despair!”) became a powerful warning against hubris.

Tour Valley of the Kings and Queens og Hatshepsut Temple