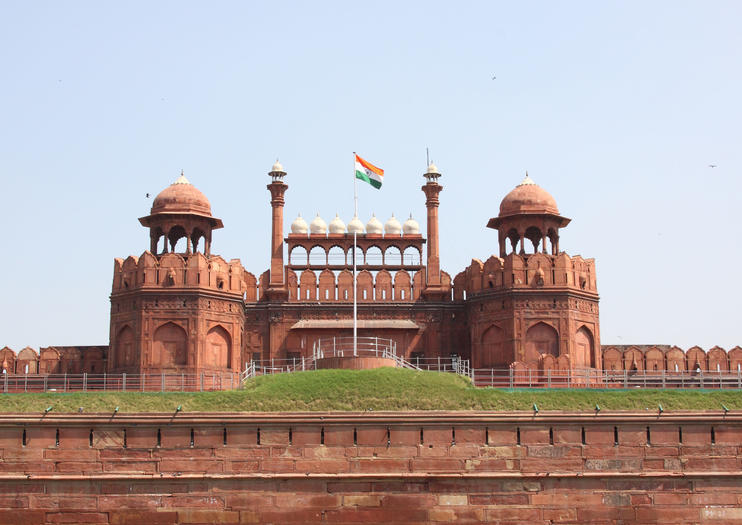 The UNESCO World Heritage–listed Red Fort (Lal Qila) traces its roots back to the middle of the 17th century, when Mughal Emperor Shahjahan moved his base from Agra to Delhi. For the two centuries that followed, this gargantuan sandstone complex served as the royal residence of the Mughal Empire. Today, it’s one of the city’s most popular attractions, often visited in tandem with nearby Chandni Chowk.

One of the best-preserved architectural sites in Delhi, the Red Fort provides a fascinating glimpse into the inner workings of India’s former Mughal Empire. Highlights of this octagonal complex include the Diwan-i-Aam, where emperors and prime ministers once addressed the public, plus the Mumtaz Mahal, which hosts a Mughal history museum, complete with six halls full of artifacts ranging from old manuscripts to astronomical tools. Don’t miss the Diwan-i-Khas, a small hall full of decorated archways and topped with regal chhatris (domed canopies).

The Red Fort is a highlight on most group and private sightseeing tours of Old and New Delhi, many of which also include stops at the nearby Chandni Chowk market, India Gate, and the Jama Masjid. Evening tours may include admission to the Red Fort sound and light show along with dinner.

The Red Fort is located in bustling Old Delhi, just north of the Jama Masjid, on the western banks of the Yamuna River. It’s right next to the Lal Qila metro station on the Violet Line of the Delhi Metro and about a 10-minute walk from the Old Delhi Railway Station. Most visitors arrive by car or metro or as part of a guided tour.

The Red Fort is open throughout the year, Tuesday to Sunday, from sunrise to sunset. The best time to visit is in winter, when the weather is comfortably cool. If your Delhi trip coincides with the sweltering summer season of May and June, consider arriving early in the day when temperatures are at their coolest and crowds are smallest.