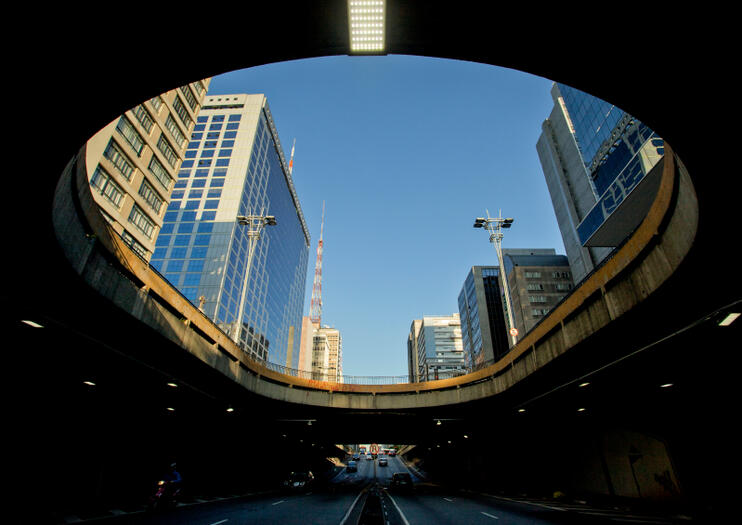 As one of the most expensive strips of real estate in Latin America, Avenida Paulista is Sao Paulo’s most famous thoroughfare. What started out as a residential street lined with neoclassical mansions is today a modern hub of business, culture, and entertainment.
The Basics
Bookended by Shopping Paulista mall and the distinctive Conjunto Nacional, Avenida Paulista serves as the address for many of the city’s most important cultural institutions, including the Sao Paulo Museum of Art (MASP), Parque Trianon, and Casa das Rosas arts center, located in one of the last mansions remaining on the street. It would be difficult to visit Sao Paulo and not encounter the street, as it features on the majority of city sightseeing tours.
Things to Know Before You Go
How to Get There
To get to Avenida Paulista, take the Sao Paulo metro to Paulista, Consolação, Trianon-Masp, or Brigadeiro stations, depending on where you want to begin your exploration of the street.
When to Get There
The street is at its liveliest come nightfall. On Sunday afternoons, craft fairs and flea markets spring up at the foot of the MASP. Throughout the year, the street hosts events such as the world’s largest gay pride parade (May/June); the renowned São Silvestre road race (December 31st); and a New Year’s Eve party.
Nightlife Near Avenida Paulista
Restaurants and nightclubs along Avenida Paulista and its cross streets make this one of Sao Paulo’s nightlife hotspots. If you’re planning a night out, check out buzzing Rua Augusta, perhaps the city’s liveliest nighttime haunt, or Rua Frei Caneca, the heart of the city’s LGTBQ scene.
Adresse: Avenida Paulista, Sao Paulo, State of Sao Paulo, Brasil
Les merVis mindre