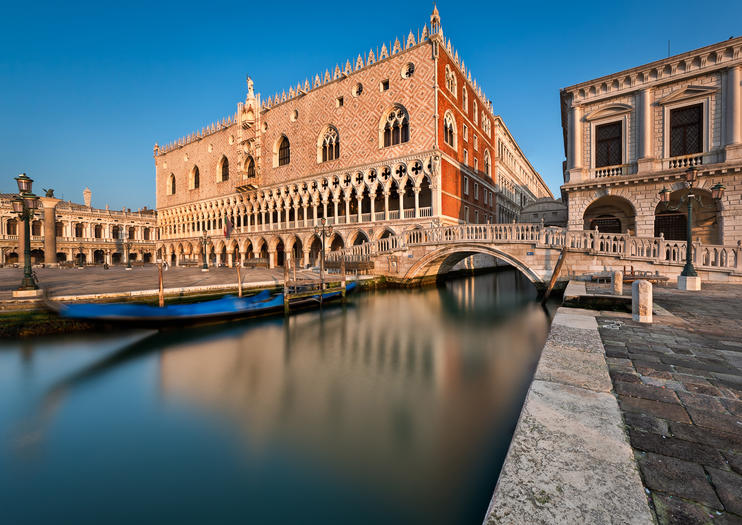 Until 1797, the Doges ruled the Venetian Empire and the Palazzo Ducale was where they ruled from. It was one of the first things those arriving in Venice saw as their ships sailed through the lagoon and landed at Saint Mark's Square. The Doges lived here and the government offices were also in this building. Justice was meted out here and the Golden Book, listing all the important families of Venice, was housed here. No one whose family was not in the Golden Book would ever be made Doge. It was an extremely political process ruling Venice and residents could accuse others of wrong doing by anonymously slipping a note into the Mouth of Truth.

Inside the palace is wonderful art (paintings by Titian, Tintoretto and Veronese), majestic staircases, the Doge's apartments, the government chambers, the prison cells and the Bridge of Sighs. Outside, along the piazzetta, each column is different.