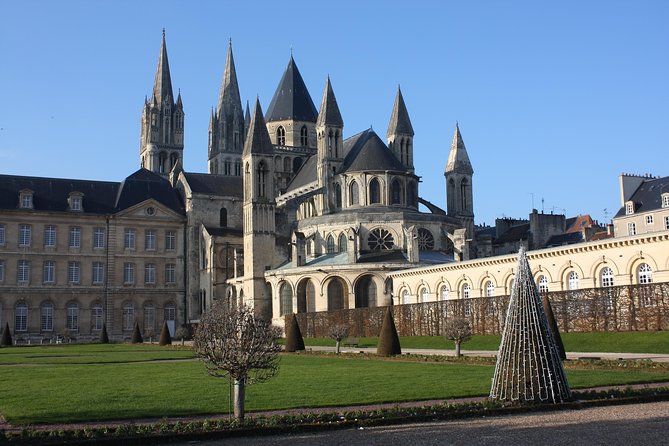 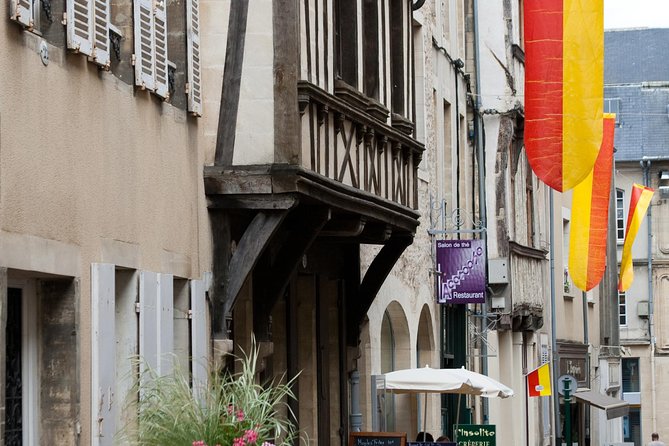 Dusty
Normandy Beaches Half-Day Trip from Bayeux | mar 2020
Our tour guide for the day was Adrian and he was absolutely unbelievable!! The day was moving and very emotional. I was in the 82nd in the 70's which made it much more enjoyable and heart felt. God Bless all those who are buried there.
Leia mais

Justin_D
Normandy Battlefields Tour - American Sites | mar 2020
Rome was awesome! Very enthusiastic about the subject and great at telling the story. He was always willing to answer questions. I highly recommend him.
Leia mais

Eric_H
Mont Saint-Michel Day Trip from Bayeux | mar 2020
We had a wonderful trip from Bayeux to Mont Saint Michel. Our tour guide Roman was fantastic! We came to Bayeux for the beech tour but found Mont Saint Michel to be a real highlight! We went in the off season which turned out to be a benefit, the town is quite small. I can't image it during high season with large crowds.
Leia mais

James_R
Normandy Battlefields Tour - American Sites | mar 2020
Highly recommend this tour. Our tour guide was knowledgeable, engaging and pleasant. It’s an area with so much history and we walked away in awe of all that was sacrificed for our freedom. Go, you will not be disappointed!
Leia mais

Nathan_R
Normandy Battlefields Tour - American Sites | mar 2020
Highly recommend this tour. From the German Cemetery to the towns to the Beaches and finishing up with Taps at the American Cemetery. And our guide was great!
Leia mais

Madison_O
Mont Saint-Michel Day Trip from Bayeux | mar 2020
Our experience with this tour was absolutely incredible! The tour guide was friendly and engaging and gave us way more information than a regular audio guide or tour. On the drive from Bayeux to Mont-Saint-Michel, he gave us history of the area and answered any questions that we had. He was incredibly knowledgeable and really enhanced the entire experience.
Leia mais

Randall
Normandy Beaches Half-Day Trip from Bayeux | mar 2020
Joined the full day trip mid way, so got special visit to German cemetery. Very fitting as my ancestry is German. Very informative guides of Adrian and Sofia (sp?). Weather cooperated and tour was great! Drop off and pick up at hotel was convenient.
Leia mais

Gloria_G
Full-Day American Battlefields and Sites of Normandy Tour from Bayeux | mar 2020
Exceptional day-long small group tour of Normandy D-Day Battlefields with terrific tour-guide Rom. Clear reservation confirmation and reminder. Timely pick up... Rom was incredibly knowledgeable and gave terrific context and specific detail about the numerous (but not too many) sites. We covered Marie St. Eglise and the associated museums about the details of the Pathfinder and paratrooper landings that preceded the landings on Omaha and Utah beaches. Terrific stories that were personal, emotional -- and none of the time did we feel we were getting a "canned" spiel. He answered our questions... had just the right amount of info and time spent. Great balance between structure and freedom. We moved on to Utah Beach... walked out on the beach... showed us incredible "then and now" photos with real people and associated stories, particularly about the Roosevelt cafe (later named). Went on to Pointe du Hoc and view bomb craters and German Bunkers. Incredible to see first hand. Then to other sites including Omaha Beach. Context well balanced with facts (stunning!) and again human stories. I never understood the scale of the battle of Normandy on this emotional AND intellectual level. While standing on Omaha beach, a man walking his dog came up to us to show us to fistfull's of bullets that were lying on the sand. He gave us each one. 75 years later this stuff is still showing up. Of course the American Cemetery in Colleville-sur-Mer was the capstone of the day. Powerful. Evocative. Humbling. Emotional. We happened to arrive whebn a veran's family members were helping cemetery staff to fold the flag being taken down to TAPS. Not a dry eye. This company is smart, professional, committed to service and highly recommended.
Leia mais

Having a guide is a must!

Scott_G
Normandy Battlefields Tour - American Sites | fev 2020
Very impactful! Our full-day tour provided a chance to see a lot and our guide was extremely insightful. I could not imagine trying to visit without a guide. We learned a lot. There is much more to the sites than meets the eye.
Leia mais

Steven_P
Normandy Battlefields Tour - American Sites | fev 2020
The tour was really great and the guide was extremely informative about all the sights we saw. He was prompt in picking us up and was so knowledgeable not only about all the sights, but also about the history of the war as a whole. The binder full of pictures also helped us get a sense of what happened on D-Day. Overall, we really enjoyed our tour and highly recommend the tour to anyone who is interested in D-Day and learning more about the history of Normandy.
Leia mais

Ruth_H
Omaha Beach Half-Day Trip from Bayeux | fev 2020
There were four of us in our group and each of us thoroughly enjoyed our tour. Our guide was excellent and very knowledgeable. We took a half day tour and we were all wishing we had taken a full day tour.
Leia mais