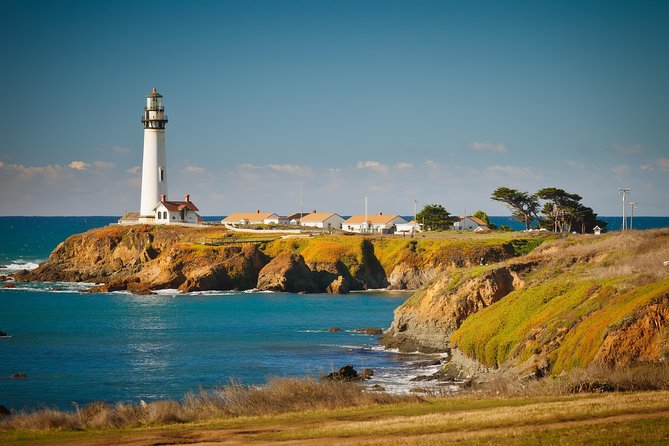 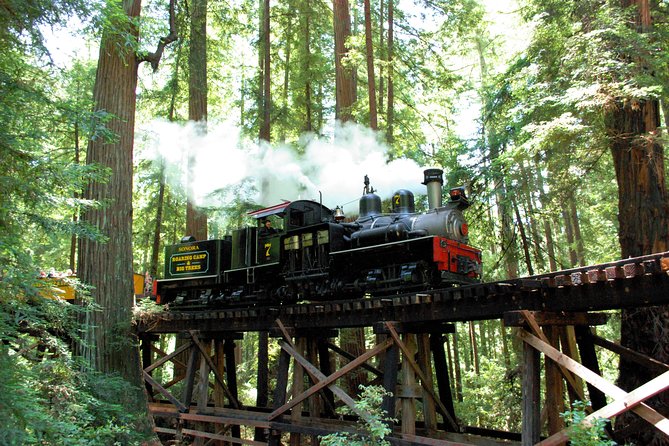 Bernice_H
Monterey, Carmel and 17-Mile Drive - Full Day Tour from San Francisco | mar 2020
What a fantastic sightseeing day tour! Thomas was our guide and not only is he a wealth of knowledge, it is obvious that he loves his job and wants tourists to have an unforgettable experience! Thank you Thomas. This trip was the highlight of my journey to San Francisco and area.
Leia mais

Under the Spell of Muir Woods

Darlene_F
Muir Woods and Sausalito Half Day Tour (Optional Sausalito Ferry Ticket) | mar 2020
The driver was informative and gave a fun and interesting running monologue to and from Muir woods. The hiking portion I wish was longer, Muir woods has a way of captivating you the moment you pull into the parking lot. The drive up the winding roads to Muir woods is not for the faint of heart, but if you have the stomach for it the scenery will take your breath away.
Leia mais

Shawn
Alcatraz Tour plus Muir Woods and Sausalito Day Trip | mar 2020
Great trip, appreciated the communication throughout. Was worried because of the virus, but no trouble at all
Leia mais

Annette
Yosemite National Park - Full Day Tour from San Francisco | mar 2020
The weather was awful. Lots of snow and rain but we still had a great time at Yosemite with those breathtaking views.
Leia mais

Michael_B
San Francisco Grand City Tour | mar 2020
Excellent tour showing most of San Francisco...Lucky with blue skies ...we had a surprise visit to Sausalito village .The only thing missing was the Painted Ladies from Full House....
Leia mais

Great driver made the different

IrmaCMD
Muir Woods and Sausalito Half Day Tour (Optional Sausalito Ferry Ticket) | mar 2020
A good tour tho the bus driver/guide could have been a little more lively. I figure it’s not a possibility, but had the bus stopped at the Golden Gate Bridge to let us take a photo, that would have been a nice bonus. The time in the woods was plenty and the ferry back from Sausalito gave us plenty of photo opportunities.
Leia mais

Christine_V
Muir Woods and Sausalito Half Day Tour (Optional Sausalito Ferry Ticket) | mar 2020
Highly recommend this tour - our guide was funny and super informative. Loved her storytelling ability to engage us while on the bus. Muir Woods, and the road to, was beautiful-and while I would have loved to explore longer, it was the right amount of time for this tour.
Leia mais

Michael_R
Muir Woods and Sausalito Half Day Tour (Optional Sausalito Ferry Ticket) | mar 2020
Muir woods was an excellent trip. Absolutely gorgeous and peaceful to walk amongst these massive and spectacular creations of nature. I wish we had more time to sit and enjoy their beauty. The bus ride and our tour guide (Tiana) were excellent very informative and comical. She made us laugh but yet also provided great information and history about what we were seeing while driving through the city. We took the later tour which worked for us this trip but I would take the earlier tour if you want to spend more time in Sausalito and then catch the 2:55 (weekend schedule) Ferry back to San Francisco as it makes two stops before landing by pier 39. Kind of giving you a mini bay cruise.
Leia mais

Melissa_P
Muir Woods and Sausalito Half Day Tour (Optional Sausalito Ferry Ticket) | mar 2020
Tour guide Josh was great very informative beautiful ride along the way worth seeing only wish other people respected the time of others had to wait 25 minutes on the bus when we left because 1 person did not get back on time cut our 2nd stop of the trip short. still worth it
Leia mais

Beachgirl
Monterey, Carmel and 17-Mile Drive - Full Day Tour from San Francisco | mar 2020
Great tour guide, beautiful areas visited; stop in Monterey should have been longer to allow more time at the Aquarium which WAS offered as an option but unfortunate no longer as a discounted add-on to the excursion- had to rush through that leaving very little time to see anything else in Monterey but glad I took that in. Tip- pick up area brochures before getting on the bus, can make much better use of time.
Leia mais

Joel_F
Alcatraz Tour plus Muir Woods and Sausalito Day Trip | mar 2020
Great day despite the morning rain. However walking in Muir Woods was amazing. The smells and sounds just made walk more inspiring. The stop in Sausalito was short because of time of departure to Alcatraz.
Leia mais

Anthony
Yosemite National Park - Full Day Tour from San Francisco | mar 2020
Very disappointed in the ‘tour’. Very hard to call the experience we had a ‘tour’. I would call it a very expensive bus fare. Firstly, the bus wifi wasn’t working - which is disappointing given that wifi is advertised, however I could forgive that. However, during the ride to and from Yosemite I was very disappointed. The tour guide explained nothing about the local area and seemed to have very very limited knowledge of Yosemite National Park. We were forced to stop for 40minutes to the park and 40minutes from the park in a highway pit stop used predominantly for trucks - I could understand stopping for a rest or to get some food, however the tour group weren’t really interested in eating at either stop and the bus driver just ended up doing his grocery shopping... We were also shown 2 movies (1 prior to entering the park and 1 post leaving the park). We were told these would give us some good information on the park and things to do in our free time - the movies appeared to be made in the early 90’s and didn’t even work... we ended up watching a very jumpy and uninformative series of pictures with distorted audio - this doesn’t really make up for the lack of ‘guide’. Fair to say the only decent thing about this trip was arriving at Yosemite with an extra 15minutes than usual due to ‘good traffic’... Another positive was that we were able to stop briefly at 3 seperate sites within the park for a quick photo. In all honesty, I’m very disappointed about the overall experience and regret taking this tour - it would have been cheaper and more productive to hire a car, drive myself and read the Yosemite National Park Wikipedia page.
Leia mais
|
Reserve agora, pague depois
Sua vaga será reservada, e você poderá cancelar até dois dias antes da experiência sem realizar o pagamento. Garanta sua vaga de maneira simples, tenha flexibilidade e não perca nada.
Como funciona
Encontre sua experiência
Escolha a experiência que você quer sabendo que é possível garantir sua vaga sem compromissos.
Faça uma reserva
Reserve agora e pague depois para garantir sua vaga sem compromissos.
Escolha quando pagar
Pague quando seus planos estiverem definidos ou permita o pagamento automático dois dias antes da experiência.
Aproveite sua experiência
Está tudo pronto. Aproveite!
Perguntas frequentes  | Termos e condições
Reserve agora, pague depois
Garanta as atividades que você não quer perder sem se prender a elas
Saiba mais