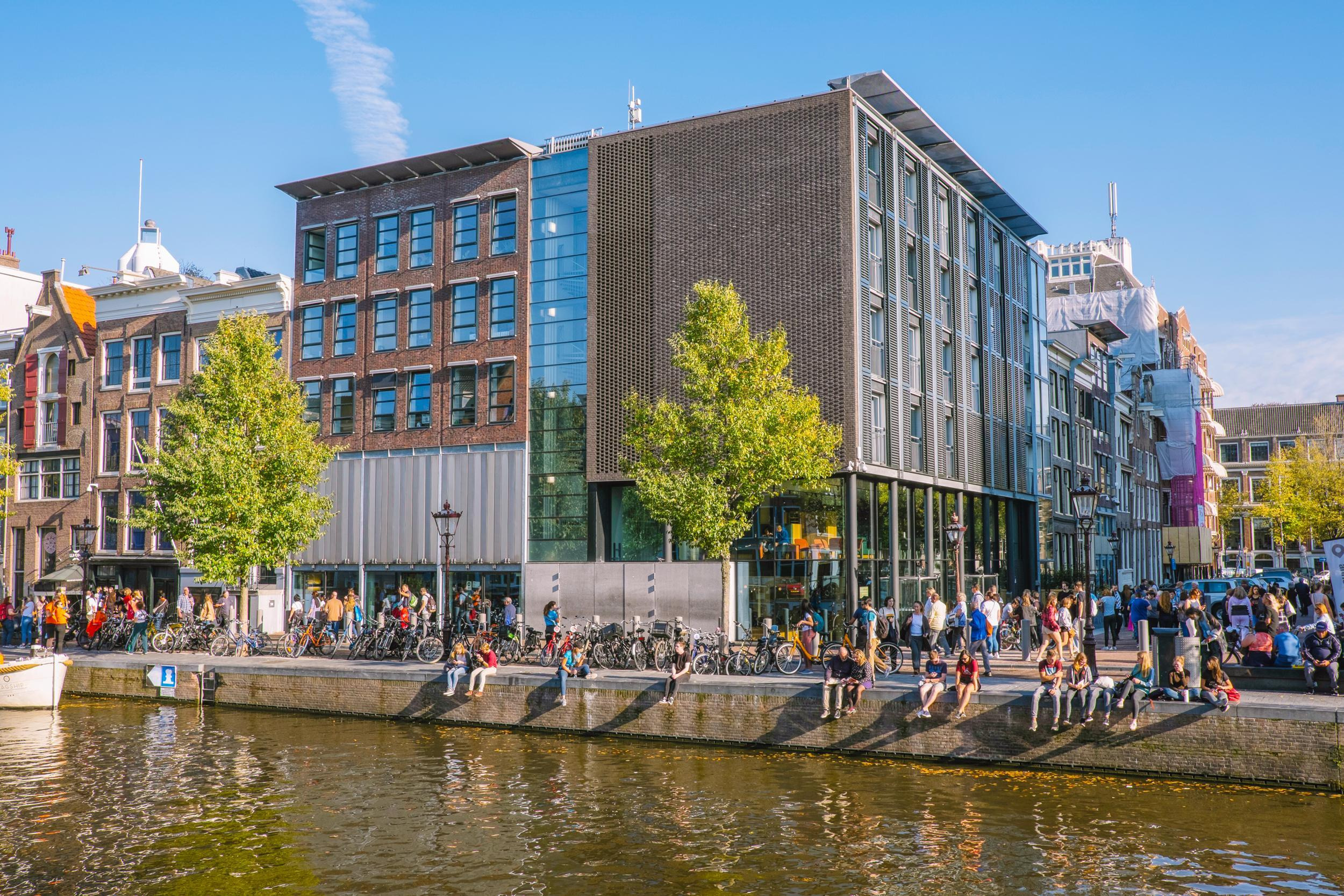 Amsterdam's Jewish population has played an important role for centuries, despite being deeply affected by the Holocaust. From exploring the Jewish Quarter to seeing the Anne Frank House, read on for ways to learn about the city’s Jewish history.

Although few original structures remain, the city's Jewish Quarter honors Jewish life and culture with several monuments and museums. A walking tour is a great way to see the many historic sights.

At the Anne Frank House Museum, hundreds of thousands of annual international visitors pay their respects in the cramped secret annex to the rear of the building where the young girl once hid.

A 17th-century Sephardic place of worship with stunning architecture and artifacts, the Portuguese Synagogue is part of UNESCO's 'Memory of the World' program. A historical tour offers an in-depth explanation of what you're seeing.

This award-winning museum opened in the 1930s, and despite being shut down during the Nazi occupation of World War II, it reopened in 1955. Set across four 17th-century Ashkenazi synagogues, the museum is as impressive outside as it is inside. Celebrate Jewish traditions by learning how to bake matzo, play traditional Jewish music, or write in Hebrew.

Once an historic theater (constructed in 1892), the National Holocaust Memorial is set in Amsterdam's Plantage area, commemorating the many Jews deported from this site during World War II. You might opt for a combo tour to learn about this memorial and other important historical sites in the Jewish Quarter.