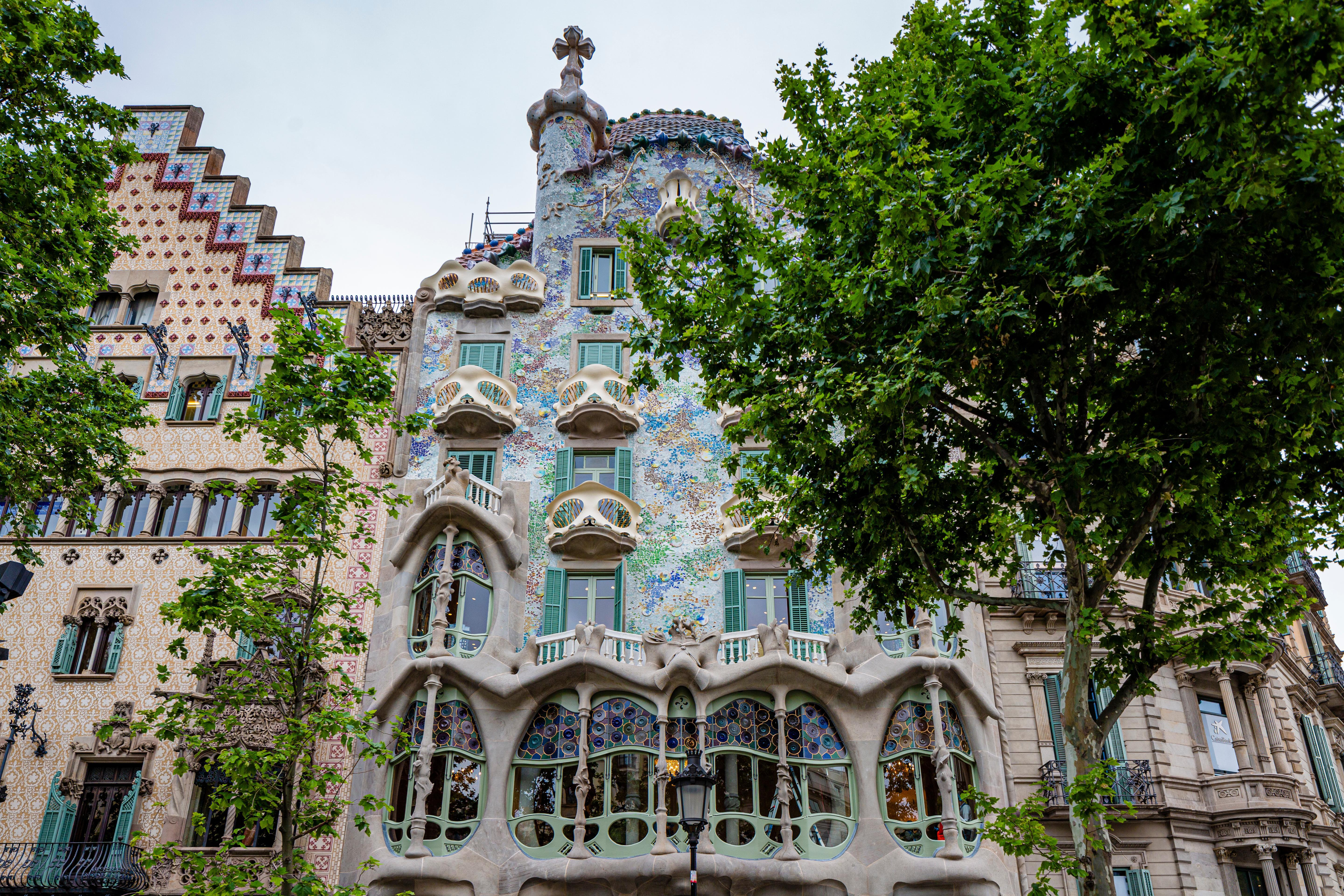 Arguably Barcelona's most famous son, Antoni Gaudí is the artistic mastermind behind several of the city's beloved and unique sights, including La Sagrada Familia and Park Güell. Don’t miss them on your trip—here’s the scoop on how to see them.

Meant to be a high-end housing development, Park Güell ended up as a landmark park instead. Here you'll find Gaudi's emblematic lizard fountain, the colorful mosaic benches of the lookout terrace, and the Gaudí House Museum, which gives an inside look at where the architect once lived.

**How to Visit:**Be the first inside the park with an exclusive early-access tour.

Gaudí never finished the La Sagrada Familia Basilica after starting it in 1882 (and it still won't be completed until 2026), but it's still considered his magnum opus. Even in its current state, the church is a must-see, with its biblical scene-covered façades and expansive interior supported by forest-like columns lit with rainbow-hued stained glass.

**How to Visit:**Book skip-the-line admission to beat the crowds.

One of Gaudi's first commissions at the start of his career, Palau Güell features seven stories that include horse stables in the basement, a glamorous main hall for entertaining, and a funky rooftop with rainbow tile-covered chimney pots. Set in the Raval neighborhood, the palace was built as a private mansion for Catalan industrialist Eusebi Güell.

**How to Visit:**Stop at the palace on an e-bike tour of Barcelona's modernist architecture.

La Pedrera, also known as Casa Milà, is one of two Gaudi structures along Passeig de Gracia. Famous for its undulating, rocky façade, meant to resemble an open quarry, the building also boasts a much-photographed rooftop with a line of mysterious chimney pots that look as if they're standing guard over the skylights.

**How to Visit:**See La Pedrera in a new light on a behind-closed-doors night tour.

Casa Batlló got a modernist makeover from Gaudí in 1904—he added a fanciful exterior of mosaic glass, a scaly reptilian-like rooftop, and skeletal-looking windows and balconies, all of which earned it the nickname "House of Bones." The interiors, featuring rippled walls, sculpted fireplaces, and Gaudi's signature tilework, are juts as impressive as the façade.

**How to Visit:**Tour Casa Batlló with your own guide on a private walking tour of Barcelona.

Casa Vicens in the Gràcia neighborhood was Gaudí's first notable work, constructed in the 1880s for Manuel Vicens, the owner of a brick and tile factory. The building's Múdejar-inspired exterior (the interior is closed to visitors) features an elaborate mix of colorful tiles, floral patterns, intricate iron balconies, and exposed brickwork.

**How to Visit:**Zip past Casa Vicens on a kid-friendly scooter tour of the Gràcia neighborhood.