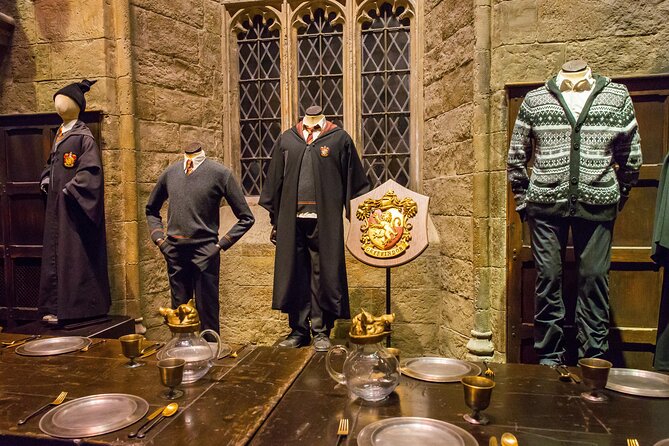 Cast a spell and find yourself in the land of Harry Potter, Hermione, and Ron on a themed tour of Potter filming sites around London. Pay homage to the bespectacled boy who became a literary hero—here are some ways to get in on the movie magic.

Visit the studio where the Harry Potter magic was brought to life, and see the sets, props, and costumes used in a decade of filmmaking. The studio is on the outskirts of the capital, so the easiest way to visit is by tour with roundtrip transport. Upon arrival, you can sip on butter beer, fly a broomstick, and marvel over the animatronic creatures and special effects.

Experience the true Harry Potter filming sites for yourself with a guided sightseeing tour in London, during which you can see how locations such as the Leaky Cauldron are brought to life and learn some film set gossip and pop culture facts. Explore by foot, bus, or boat. Bonus: most tours include a photo stop at the iconic Platform 9 ¾.

If you're a Harry Potter super fan, consider a private tour of the film sites around London. With a guide just for your group and no other muggles, you'll enjoy a an interactive tour with personalized attention. For a Potter experience with an iconic London twist, book a private tour by black cab.

Warner Bros. Studiorundtur i London – The Making of Harry Potter

Harry Potter-tur till fots i London